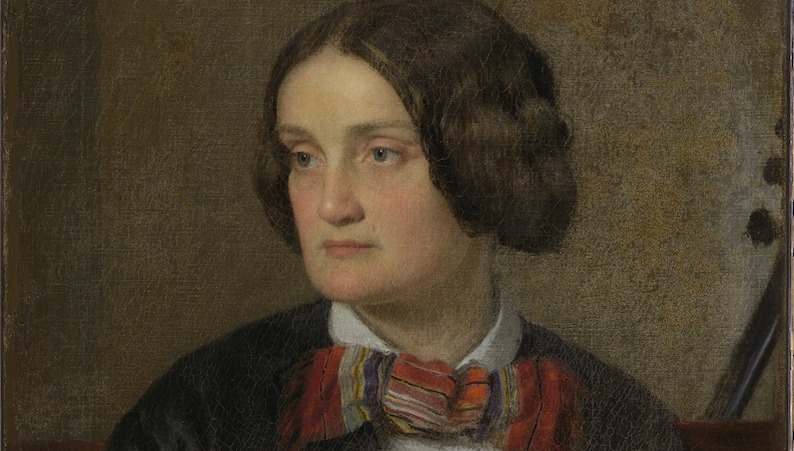 The buskers’ cries followed Charlotte Cushman as she passed under the obelisk in the Piazza del Popolo, the People’s Square. Turning onto the Via del Corso, Rome’s busiest thoroughfare, she passed into the shade of candy-colored buildings that rose on either side. By the time Charlotte and her friends moved there in 1852, Rome had become a popular tourist destination. It was spring, and white, star-shaped blossoms emerged among the glossy leaves of mock orange trees. Music drifted out of open windows as Charlotte walked south, following the sound of water. Ten minutes later she arrived at Bernini’s Fontana della Barcaccia at the foot of the Spanish Steps.

The steps were white and steep as the cliffs at Dover; pausing for breath at the top, one had a view from the muddy Tiber River to the crumbling travertine of the Colosseum. Clouds of swallows wheeled and shrieked like tragedians. Charlotte looked at the streets of her new home. She now lived down the street from the Villa Medici, the former home of the powerful family who bankrolled the Renaissance.

Though she had retired from the stage for the time being, Charlotte continued working behind the scenes, using her fame to find patrons for her friends. She had moved to Rome with the writer and translator Matilda Hays, who usually went by “Max,” the novelist Sarah Jane Clarke, who wrote under the name Grace Greenwood, and the sculptor Harriet Hosmer. But Charlotte was constantly adopting female artists, offering them a place to stay in Rome, extending loans, giving gifts, and using her network of powerful connections to promote their work. Under her care, the “Jolly Bachelors” flourished.

Growing up in Massachusetts, Harriet Hosmer endured early tragedy. When she was a child, her mother and siblings  died suddenly, leaving her alone with her terrified father. A physician, Dr. Hiram Hosmer was desperate to protect his one remaining child from illness and created a strenuous daily exercise regimen for his sole remaining child. Hosmer raised Harriet, who went by “Hattie,” as he would a boy, and she grew up confident and strong. After she beat all the neighborhood boys racing up and down a nearby hill, they renamed it “Mount Hosmer” in her honor. She also showed early promise as an artist, starting with sketching and painting, then moving on to sculpture—which became her passion. Hattie knew that to become a great sculptor she needed to study live anatomy, which meant nude models. But as a woman she was not allowed to enter any of the academies let alone look at naked men and women. Finding the artistic climate of New England stifling, she begged her father to let her move with her new friend Charlotte Cushman to Rome. There, she argued, she could study classical sculpture, join the male artists in sketching from nude models, and be taken more seriously as a sculptor. Her father could not refuse.

Charlotte was constantly adopting female artists, offering them a place to stay in Rome, giving gifts, and using her network of powerful connections to promote their work.

Hattie’s sculptures argued eloquently, if silently, for women’s emancipation. Cleverly, she channeled her politics through a mythological lens—tackling classical subjects, as a man would, but with a twist. Her bare-breasted Medusa was captured halfway through her transformation, so that a gorgon’s head sat atop a mortal woman’s body. Her masterwork, however, was a statue of Beatrice Cenci, a character well known to 19th-century readers through Percy Bysshe Shelley’s play The Cenci. In the tragic tale, Beatrice’s father, Count Cenci, has his own sons murdered and keeps Beatrice captive, gets her drunk, and tries to convince her to participate in orgies with her own mother. When he tries to rape Beatrice, she kills him, and the very citizens who wished for the count’s death hang her for her crime.

The most famous image of Beatrice to date was a portrait attributed to Guido Reni painted in 1600. It dwells on her weakness, depicting her as a barely adolescent girl wrapped in a bedsheet. Hattie’s Beatrice, on the other hand, is older, more womanly. She lays on a pillow, her bedsheets wrapped around her like a goddess gown. One bare arm trails off the side of her bed, and she cradles a rosary in her hand, her fingers wrapped idly through its strands. Her face is partly obscured as she looks not at the viewer for help (as the woman in the Reni portrait does) but toward contemplation of the rosary. She seems at peace; the muscles, clearly visible in her arms, back, and neck, are relaxed. It is an image not of penitence but of release. The other friend who joined Charlotte, Max, and Hattie in Rome was Sarah Jane Clarke (later known by her married name, Lippincott). She wrote under the name Grace Greenwood and had become a successful novelist and The New York Times had hired her to write dispatches from Europe, making her their first paid female correspondent.

Her friend Nathaniel Hawthorne admired her novels, finding them sad, but beautiful. He hoped that after some time abroad she might decide to write something “with more sunbeams” in it. Her letters to him, he wrote, were “better than any man’s.” Hawthorne, she knew, was suffering from writers’ block so severe he wrote that he now felt a “detestation of pen and ink.” Sarah wrote to him from Rome, urging him to come, suggesting he might find his inspiration rekindled there. When Nathaniel and Sophia Hawthorne traveled to Rome in 1858, he found it as inspiring as Sarah had promised. The journey resulted in his novel The Marble Faun, a romance set in Italy about a female artist and her circle of friends living in Rome. In one scene two women artists discuss whether Beatrice Cenci sinned in murdering her rapist.

It was likely Sarah who introduced the Hawthornes to Charlotte Cushman. Nathaniel and Charlotte were deeply impressed with one another. She asked him to sit for a portrait so she could have an image of him to hang at home. He had sworn never to sit for another portrait, but he responded to her letter enthusiastically, writing, “After the impression of her own face which Miss Cushman has indelibly stamped on my remembrance, she has a right to do just what she pleases with mine.”

A few people found a group of women living together distasteful, and their artistic ambitions suspect.

The Jolly Bachelors seemed to charm nearly everyone who met them. When Hattie’s father, Hiram Hosmer, came to check on her, the women in the house liked him so much they adopted him as one of their own and began calling him “Elizabeth.” He didn’t seem to mind a bit.

A few people, however, found a group of women living together distasteful, and their artistic ambitions suspect. The sculptor and poet William Wetmore Story had made his home in Rome years earlier and considered it his territory. He wrote back to friends in America about the disgusting spectacle he thought Charlotte and Hattie made, dressing in men’s pants and ties and riding far and fast across the fields like young men. He hid his dislike under seeming concern about the damage they were doing to their reputation—and to that of all Americans living in Italy. Hattie, he wrote, “takes a high hand here in Rome, and would have the Romans know a Yankee girl can do anything she pleases, walk alone, ride her horse alone, and laugh at their rules.” Apparently, on at least one occasion the spectacle of Hattie riding alone created such a riot that the police had to intervene. But Story was biased against women artists in general; he believed Hattie was a good copyist, “but if she has inventive powers as an artist . . . will not she be the first woman?”

The group of expatriates living full-time in Rome was small, and Charlotte often met Story at parties. He scoffed at her habit of entertaining the guests with ballads, complaining that her voice sounded savage and too masculine. He called Charlotte’s group of artists a “harem-scarem,” and when his friend Henry James visited Rome, James also mocked them, as the “white marmorean flock.” Part of this dislike was the fact that the women in Charlotte’s circle were not only gifted artists but also successful ones. Story and his friends were not used to competing with women, and they didn’t like it.

Many expatriate artists, however, including Elizabeth and Robert Browning, found the Jolly Bachelors exciting, and Charlotte’s home soon became the epicenter of social life artists living abroad in Rome. In an echo of Christina Rosetti’s poem Goblin Market, one guest wrote that anyone who sat down at their “Apician feasts” bore a fugitive sweetness on their lips forever. Charlotte, Max, Grace, Hattie, and a new friend, Virginia Vaughan, became known as the “Five Wise Virgins,” and only the brightest and most fascinating guests were  invited to their regular Wednesday night dinners. The conversation there was brilliant, the politics radical. Guests left inspired, having had “contact with every form and kind of art—quickened by the peculiar eagerness of all who were in a far and strange land.” 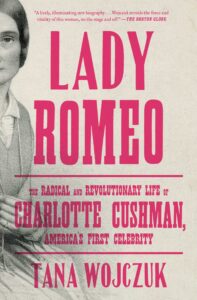 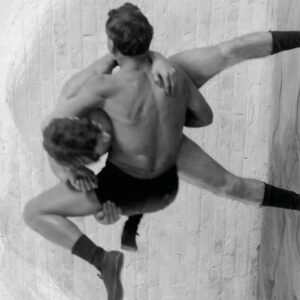 That there aren’t more books about wrestling is baffling to me. It’s such a rich environment to mine: over-the-top characters,...
© LitHub
Back to top
Loading Comments...