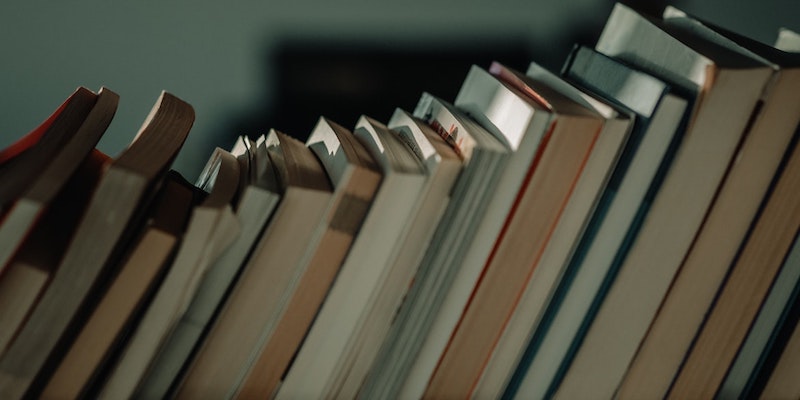 In the back of Kọ́lá Túbọ̀sún’s new book, Ìgbà Èwe, a Yorùbá translation of Childhood, written in English by an American poet, academic and philosopher, Emily Grosholz, Ngugi wa Thiong’o writes, “translation is the common language of all languages.” Through translation, the book enters the Yorùbá world, cross-fertilizing the idioms and seeing where they converge and diverge. The task of translation is delicate, slippery and fascinating. It is an opening, an entry into a conversation of many cultures.

As I perused Tubosun’s new book, I was reminded of that old, good debate on language politics in African literature which started at the first Makerere African Writers Conderence, in 1962. The conference brought together young writers, scholars, and cultural custodians to debates topics pertaining to the colonial legacies that shaped their scholarship. Language politics remain at the conference’s crux and many of the most prominent writers, academics, and linguists across Africa have chosen sides. The first camp, notably chaired by Chinua Achebe, advocates that English can be localized in a way that it will reflect African realities.  Ngugi wa Thiong’o who currently writes in his native language, Gikuyu, represents the other side. There are significant cultural, political and economic implications to the debate, but when we enter the labyrinth of translation, we may find a negotiation and route for compromise.

Both Chinua Achebe and Ngugi wa Thiong’o have benefitted enormously from translation of their work. We call Things Fall Apart and Devil on the Cross classics in African literature today partly because they have been translated so widely beyond Africa. In Forest of a Thousand Daemons, his English translation of Ogboju Ode Ninu Igbo Irunmole, Wole Soyinka introduced Fagunwa’s fauna and flora to global audiences, bringing more attention to Yoruba ecological scholarship and indigenous values. Translation also provides a space for the writers of indigenous literature who have been largely absent from African literary prize politics.

When we speak of reparation, it must include uplifting indigenous languages across Nigeria.

In more than a decade since its inauguration, the NLNG literary prize has become one of the most prestigious literary prizes in Africa, with a hundred thousand dollars for the winning book. The prize itself was set up by Nigeria Liquefied Natural Gas to honor the contribution of writers to the literary industry. Each year, a selected number of English Professors are invited from different Nigerian universities to determine the winner. In its inaugural year, 2004, no winner was declared because the panels of judges couldn’t reach a consensus on which entry merited the prize out of the longlist. Since then, the prize has been awarded to writers of various genres— drama, prose, poetry, and children’s literature—on a rotating basis, to both household names in the Nigerian literary space to groundbreaking new writers.

Yet the Prize continues to ignore indigenous writers, both those who have had their works translated to English or those who retain the original language of the texts. Even in Nigerian literary scholarship today, writers of indigenous literature do not attract as much critical attention as those who write in English. Translation itself is a daring field in Nigeria as publishers are often unwilling to risk of publishing works translated from indigenous languages because of the obscurity of the names behind the books. Some have survived with help from adaptation of their work into indigenous movies, including Oladejo Okediji’s Owo Eje and Akinwumi Ishola’s Efunsetan Aniwura.

Ironically, though, these writers were published during the heyday of colonialism, during which time the agitations for nationalism and emphasis on indigenous literature drew attention to the cultural necessity of indigenous literature. As the British left, and the aspiration to live up to the colonial benchmark began to surge among the middle class, the taste for literature written in local languages declined. Schools conformed to American or British standards in their syllabi, and penalized students who spoke local languages on campus. The market for indigenous writers shrank, and translators redirected their attention. In short, a huge postcolonial linguistic fallout.

Nigeria’s literary industry is colonially grounded. In a recent conversation, Tubosun highlighted the politics of this exclusion of indigenous literature. Where there are grants, prizes and even fellowships for Nigerian writers in English language, writers of literature in Yoruba, Igbo, and Hausa are often overlooked.

Last September, Olawuyi Ogunniran, a Yoruba novelist who wrote more than 20 books, including Egun Alare, died. Weeks before his death, Atelewo Group, a Yoruba cultural revivalist collective which also started a Yoruba-focused literary prize, produced a documentary on the writer in which he was presented an award for his contribution to Yoruba indigenous literature. Forlornly, the aged novelist announced that he had never been honored before throughout his lifetime for writing.

Decolonization is drinking tea without sugar when there is no linguistic turn. The shovel must be aimed at the root, and the root is the language and its literature.

Today, more platforms are springing up digitally and writers who are passionate are still writing in Yoruba language. Yet the problem is structural. There is decline in the number of readers and more private colleges are erasing Yoruba and other local languages from their syllabus. When I see Nigerian writers writing in English receiving national awards, I recognize an implicit gesture of exclusion going on as well. I wonder what kind of awakening could greet Nigerian literature if more indigenous voices were included in these literary spaces.

I have asked myself if there is a need for indigenous literature when we have writers who are currently drawing from Igbo lores such as Chimamanda Adichie, Chika Unigwe, Chinelo Opkaranta, Uwem Apkan, Akwaeke Emezi, Jude Dibia, E.C. Osondu. The answer is still yes. One need only look at the work showcased in the Igbo Master’s Institute, a rich archive of poetry collections written in Igbo today, to see wealth of writers overlooked by the current system. The survival of a language depends on the preservation of literature produced in that language. There is no literary prize that celebrates Igbo indigenous literature. Can we begin to start honoring the prophets of our indigenous cultures right from home? Have we started the process of decolonization at all when the syllabus in Nigerian educational institutions excludes texts written in indigenous languages? As Adeleke Adeeko has stated, decolonization is drinking tea without sugar when there is no linguistic turn. The shovel must be aimed at the root, and the root is the language and its literature.

There is reason to hope for more literary inclusion, including the rise of indigenous literary prizes: the BBC Hausa’s Hikayata prize for women writing short stories in Hausa language, the Aminiya-Trust Hausa Language Prize for Short Story Writing Competition, and the Hill-Top Creative Arts Foundation prize, which celebrates authors writing in Hausa, Yoruba, Igbo and Gbagyi. I imagine how much larger the cultural, economic and political impact would be if the NLNG Prize would begin to open its arms wide to indigenous language writers whose works have been translated into English.

At present, there are hardly any funds supporting indigenous language writers. It is time to honor the prophets at home. The inclusion of indigenous prize category would bring more local attention to these writers and their texts, and perhaps even reorient Nigeria’s public attitude towards indigenous literature. When the prophets are honored at home, it is a call for response from outside, a summon for translators from across the world to start paying attention to indigenous literature, to find the rhythms and resonance within them. When we speak of reparation, it must include uplifting indigenous languages across Nigeria. The radical change should spring from the interior.

Salawu Ọlájídé is a Nigerian writer and a PhD student at the University of Alberta, Edmonton, Canada. He is the editor of Olongo Africa, a member of The Brick House.

How Do We Make Sense of the Meaning of Consciousness? 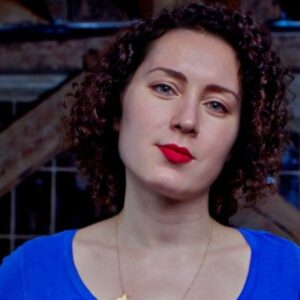