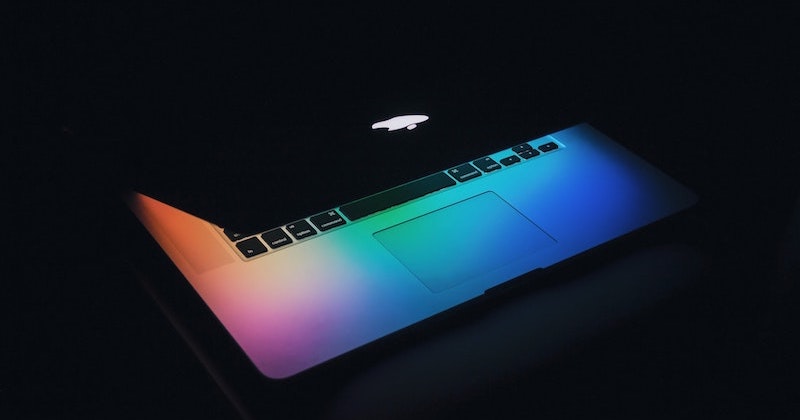 “It has opened up the world to us, but it has also made that world feel small.”

The Internet has brought us so much—information, access, connection, entertainment, discovery, delight, engagement, enrichment, and, occasionally and for a se­lect few, actual riches. But because nothing about progress is ever straightforward, just as it brought us these things, it has taken things away. Some of these lost things were immediately evident: the photo albums we once painstak­ingly assembled using those sticky corners that inevitably stuck on crooked; the CD collection alphabetized by genre that represented who we were at our core and what we hoped others would see in us; the way we used to rush to the mailbox in the hopes of a surprise postcard from a friend abroad.

Other things we sensed more slowly, well into the after­math of their disappearance: things that were gone or as good as gone, so far had they drifted in character from their pre-Internet selves. Like the college reunion that no longer abounds in startling revelations about who ran off with the babysitter or who has aged well and who has let it all go. Or the kind of customer service you could get only in the Bloomingdale’s shoe department, where you and the saleswoman would hunt down the right dress pump for Saturday night as if united in a shared mission. These vanishings—products, services, and practices that had hummed along with contented acceptance for as far back as we could remember—were wiped out in less than ten short years, before we could fully grok the implications. What happened? Where did that go? Wait, since when?

We are all well aware of the weighty effects of the Inter­net on democracy, on citizen participation and fair elec­tions and government accountability, on the fate of small businesses and the lives of workers; we have gone through the repeated realization that every time the Internet swings the door wide open, the consequences are at once liberat­ing and dire. We know too well the Internet’s trickle-down effects on our daily existence, from the screen we tap rather than the button we press when we wake in the morning; from what we do upon rising from bed to what we worry about as we drift off at night; from the particulars of our commute and what happens once we get to work and how we gather as a family when we return home. The ways in which we negotiate the school day and the sum­mer vacation. How we see ourselves and treat one another; how we grow up and how we grow old.

All this we know. Less remarked upon is what we used to do instead.

I started writing this book well before the coronavirus pandemic hit, already feeling the ways the Internet was navigating where my brain wandered, occasionally startled and at other times lulled by what didn’t always feel like a choice, yet unaware how much deeper the quarantine would plunge me—like everyone else—into a world that was “online only.” And thank goodness the Internet was there! It was, quite plainly, a lifeline, providing vital health and safety information, the ability to work from a remote location, and a semblance of connection when we were all forced to live apart. Just try to imagine what the pandemic would have been like without it. But the Internet also made us feel more keenly the losses of what we’d left behind in the physical “out there.”

Even without that viral nudge, one by one, objects, con­cepts, habits, and ideals that used to matter to us have fallen, sometimes with little more than a whisper, into the Internet. It can be hard to retrieve what life looked like in the before. But take a moment to think back on something as unassuming as a Saturday morning, the slowness of lazing in bed quite certain you were missing nothing excit­ing, snuggling down under the blankets for yet another 15-minute snooze. You’d wake and stretch, relishing the quiet before anyone else got up, unimpeded by what was going on in other people’s heads. The outside world remained a distant concern, something for you to engage with only when you turned on the radio or stepped out the front door. These days you may be scrolling through the thoughts and thoughtlessness of 1,500 people you barely know while still on the toilet, not even aware who else in your own house is awake and doing the exact same thing.

What does it mean when so much of our lives is filtered through a pixelated lens, and is it still possible to capture what it looks like in the old unmediated way? One paradox of the Internet is that while it has opened up the world to us, it has also made that world feel small. We’ve witnessed a rectangular screen reduce an exuberant class full of chil­dren to a grid of glassy-eyed six-year-olds only half-present for their exhausted, quarantined teacher, who no longer bounds into the room full of energy for circle time, smell­ing faintly of gardenias or chocolate chip cookies. We have seen the magnificent sight of a rocky New Zealand shore reduced to a desktop background. Spend a few hours surf­ing around online and the world can look petty, repetitive, and flat.

One paradox of the Internet is that while it has opened up the world to us, it has also made that world feel small.

Online (where else?) people will lament the passing of certain pre-Internet passions. One ongoing meme in­volves citing things that no longer exist and would stump a 20-year-old. These lists are themselves liked and fa­vorited repeatedly, nostalgically, almost ecstatically: Dial­ing a rotary phone! DVD extras. CD‑ROMs. In the spring of 2019, a popular discussion on Reddit asked, “What’s something the Internet killed that you miss?” The re­sponses included moving examples of small but signifi­cant relics from the recent past. The highest ranked was “Having a mental catalog of great jokes that most people hadn’t heard.” One person mourned the toppled primacy of specialized knowledge: “My dad says he misses having arguments with friends which could only be resolved by phoning whoever was most knowledgeable on a subject e.g. Did you know lightning travels upwards? No, it goes down! Let’s phone your dad, he’s a meteorologist.” Another marked the death of shortwave radio: “I had so much fun trying to tune in stations all around the world and putting pins in my world map for all of the ones I managed… and you could also write to the stations with a report and get postcards and pennants and other swag from them,” he wrote. “I found my old shortwave radio a year or two ago (from Radio Shack—another thing I miss!), and you can still get some stuff, but the bands are dead for the most part. It’s sad that magic is gone.”

Is the magic gone? Or is only some of the magic gone while other forms of enchantment—the entire Internet is indisputably a kind of magic—are gained? After all, these Redditors would not have had a forum in which to discuss their wistfulness over shortwave radio were it not for the almighty Internet. Without access to this space, they may not have found fellow shortwave radio devotees from around the world with whom to commiserate. That I’m-the-only-one feeling that so many of us have felt at one point or another can be dissipated in an instant by wander­ing into the right subthread or by entering the beginning of a question into Google only to see the rest of it filled in like a psychic describing your current predicament with uncanny accuracy. Other people are there too, tapping in their embarrassing questions and darkest fears—others just like you.

As for the losses, to many of our pre-Internet ways we can say farewell and good riddance! Does anyone miss having to drive to three different hardware stores to find the right battery for a flashlight? Or arguing with a spouse over the name of the movie Joe Pantoliano played that guy in last summer? Hunting through the yellow pages for the GE customer service number only to find that it’s already been changed? Wishing you could get back in touch with someone from childhood and having no clue where to start? Wanting to make something tasty with the wilting spinach and tiny heel of cheese in your fridge but not find­ing a decent recipe in the three oily cookbooks on your shelf? No one misses any of those pre-Internet hassles. But other losses sting.

Now is the point at which, like anyone having a conver­sation around technology, I am forced to acknowledge, “I am not a Luddite.” The Internet doesn’t like people who quibble with the Internet, and any form of criticism can be taken as foot-dragging denial or starry-eyed romanticism, pathetic nostalgia or old fogeyism. To hesitate but for a moment is to bury your head in the sand and spurn the inevitability of the great march forward. I must assure you that I’m not unreasonably paranoid or hysterical about pri­vacy or data, or the private sector’s motives in collecting that private data, and that only part of me longs to live in a 19th-century cottage in the countryside, greeting neighbors by name as I pluck vine-ripened tomatoes from my garden and plan a weeklong re-thatching of the roof, which I detail each evening in a leather-bound journal by candlelight.

We all have our things. The things that I wildly appreci­ate online (mostly free returns and easy answers to basic questions) will not be the same as what others most value, and my keenly felt losses may not be the same as those of other people. We all have our own set of what we pine for—the fishing spot nobody else knew about, the Septem­ber doorstop issue of Vogue, the longtime poker game member lost to online gambling, the pleasure of sitting down at a restaurant and opening up the menu not know­ing what you and your companion would find. My own grievances reflect my experience as a Gen Xer, the worries of a journalist in a field under siege, the priorities of a reader for whom tucking a bookmark between pages is a cherished ritual, and the hopes and anxieties of a mother of three in New York. I’ve stood by as “my” things have been left behind and marvel that younger people will never know them, much the same way my dad once mourned the days-of-yore pleasure of stickball in the streets of Brooklyn, a ritual that seemed to me stuck in sepia dull­ness.

This is a book about our losses—the things we achingly miss, the things we hardly knew existed, the things to which we can give a hard adios—and about what their ab­sence might mean. Some we are already beginning to lose sight of as the recent past gathers dust balls with increas­ing speed. Here we pause to document and delight in these recollections, turning them around in our collective minds to admire or mourn or celebrate, to push back against the possibility that the memories, too, may soon disappear. 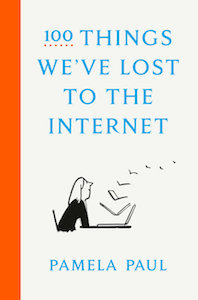 Pamela Paul is the editor of The New York Times Book Review and the author of By the Book; Parenting, Inc.; Pornified; and The Starter Marriage and the Future of Matrimony. Prior to joining the Times, she was a contributor to Time magazine and The Economist, and her work has appeared in The Atlantic, The Washington Post, Slate, and Vogue. 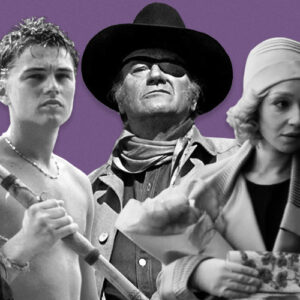