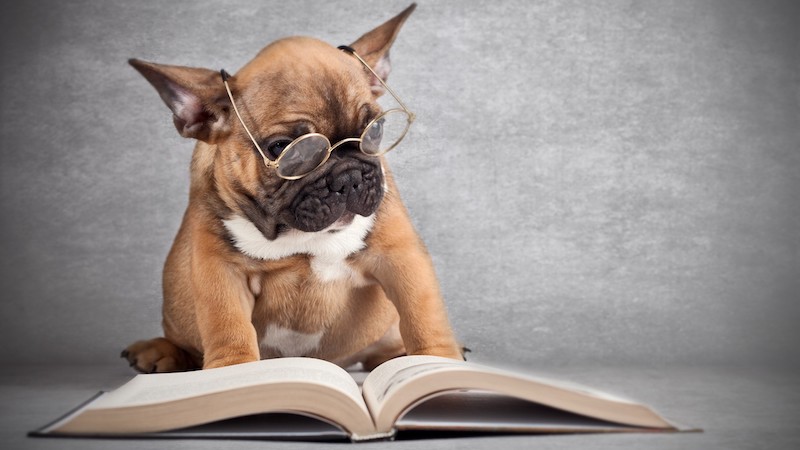 I am not the type of dog person who loves all dogs. I don’t even like very many of them. The truth, I guess, is that I am as picky about dogs as I am about people. So the ones I do love take on outsized proportions (leaving enormous rents when they go), and it follows that I’m a bit difficult to please when it comes to dogs in literature. Finding the good ones is like sifting for edible scraps behind a dumpster—their roles are small but vital, and generally tragic. They tend to be plot devices rather than characters. Rich in pathos, poor in complexity. I’m thinking of Argos, or Merrylegs in Hard Times.

People say to write what you know. (They say a lot of things—I haven’t had scurvy yet, but somehow I am always writing about it.) I’ve only known a few dogs particularly well, but the things I learned from them occupy a large percentage of my brain. Who knows what I’ve let fade in order to make room for the dog arcana?

This provided ample material when it came time to imbue a couple of dogs in my own novel with idiosyncrasies and depth. No research trip was needed. No interviews or internet rabbit holes. The idea, compelling and arrogant and not at all original, was that I might give life to new three-dimensional characters while simultaneously conquering canine mortality. Orpheus had it worse.

The character of Eberhard in The Memoirs of Stockholm Sven is based on my old life partner, Lalo. (My wife is okay with Lalo holding that designation.) Lalo—likely a combination of shepherd and husky and some other things—came from the streets of Española, New Mexico, where he acquired a taste for garbage, lost some teeth as well as a few notches from his ears and tongue, and survived at least two shotgun blasts—this I learned later when a vet showed me his X-rays. There were the perfect concentric patterns of birdshot like two galaxies catastrophically intermingling. Hence his strong disdain for guns, thunder, raised voices and, of course, fireworks.

One fateful July 4th on the shores of Lake Michigan, fireworks erupted everywhere—Milwaukeeans really like fireworks—and Lalo bolted across a four-lane road, whereupon he was hit broadside by a car going 35 mph. He rolled a few times, got up, and kept running. Then he buried himself in the boulders at the water’s edge, in the deepest, darkest crevice he could find. Somehow, I was able to wedge myself into the crack, grab hold of his leg, and drag him out. He shook himself off and we sped to the emergency vet, who pronounced him “totally fine.”

Dogs’ roles in novels are small but vital, and generally tragic. They tend to be plot devices rather than characters. Rich in pathos, poor in complexity.

I suspect that he found his previous life sufficiently rousing, so by the time we found each other, he had determined to approach every interaction, or each new thing, with total composure, confidence, and economy of movement. He had very little interest in other dogs, and they, in turn, never messed with him. Human visitors were greeted in similar fashion—by his watchful, unmoving scrutiny—and some found this unnerving. He knew all the commands but would not be commanded. He was my willful, phlegmatic shadow.

And he possessed a keen intelligence, as anyone knew who bore witness to his displays of self-preservation and stubborn whim. My old friend Ed was sure that one day, any day, Lalo would decide to speak. Another old friend, Heidi, trained him to pull her around the side streets of Durango on roller-skates, but when harnessed to me on skis, he wouldn’t pull. He preferred to run alongside, watching me—always watching—or behind, in the tracks that I’d clearly made on his behalf. (A scene in Sven plays out in much the same way.) “Eberhard,” from the Old Germanic, means having the strength of a wild boar; Lalo had that. I think his ashes, which I keep on my desk, are probably heavier than those of other dogs, and more toxic.

My current shadow, Bonaparte—snoring behind me as I write this—was the model for another character, Sixten, named after Sixten Ivarsson, the most famous Danish pipe-carver of all time. Boney—son of Beaver, and not a pipe-carver—was born on the Wisconsin farm of my wife’s sibling, and when he arrived to us in an airline crate, we didn’t know what to expect. He had no fear. I guess he saw just another farm, this one without any other dogs to compete with, and figured, mine. He looks like a Basenji on steroids. Or a mutt I once saw in a book about Cuban cigars, sitting at leisure in a tobacco field.

We thought he was mostly heeler (he is) and partly livestock guardian (he is not). He does the heeler thing naturally and effectively if I ask him to push the cattle from one place to another, but he is also pensive, and would just as soon sit on the porch and observe things coming and going. He is also a voracious omnivore—he eats more June-bugs, crickets, grasshoppers, and earwigs than any creature I’ve ever seen—and he out-grazes the cattle. When he’s in the mood, he can leap in a tall arc, pounce, and devour voles and field-mice, fox-fashion; run down a woodchuck; or catch song-birds out of the air. He is terribly unsocialized, and that is our fault. His way of greeting people is amiable but obnoxious; when he sees other dogs, he loses his mind. Just like Sixten, he is not a prime ambassador for his species.

There is a scene in the book where Sixten escapes from his crate and torments a bunch of other dogs on a ship. Boner did this very thing—not on a ship. We had to board him, as a 6-month-old pup, for a few days when my wife, Eilis, was giving birth to our son. Apparently he pulled a Papillon not once, but twice, wandering the kennel all night long at his liberty and eating everyone else’s food. I swore to Eilis, after Lalo died, that when we got another dog, I would be comfortable boarding it periodically, or trusting other people to take care of it, so we could travel more often and not drive back and forth across the country ad nauseum—this hasn’t proved itself to be an oath I could uphold. Now, Bonaparte is 9 years old and 55 pounds, but he would still rather be inside the tractor cab with me than waiting in the shade at home, even if it means getting knocked around and over-heated and stepped on every time I reach for the clutch.

This is the sort of dog-human relationship I’m always wishing to read. Inseparable ties between complicated, difficult individuals. “Velcro dog” is a term that’s thrown around liberally these days, often in reference to an animal that can’t be left alone without losing its mind. I prefer to think of it as a mutual compact—a dependency that arises through circumstance, and is maintained by choice, and only proves corrosive at its ending.

There is strong Velcro between Sven and his dogs, just as there is between me and mine—I have no interest in any other arrangement, though I would sometimes like to go up or down the stairs without being followed. As for which one of us is the fuzzy side, and which is the prickly, I don’t need to be a dog expert to answer. 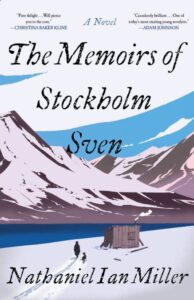 The Memoirs of Stockholm Sven, by Nathaniel Ian Miller, will be available from Little Brown on October 26th, 2021.

Nathaniel Ian Miller, who holds an MFA in Creative Writing and MS in Environmental Studies from the University of Montana, is a former resident in the Arctic Circle Expeditionary Program. He has written for Virginia Quarterly Review, and for newspapers in Wisconsin, New Mexico, Montana, and Colorado, for which he received multiple Associated Press Awards. He lives with his family on a farm in central Vermont. 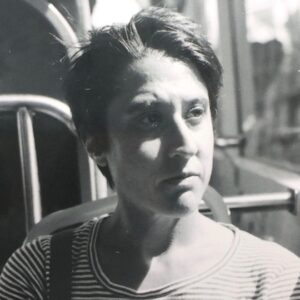 Ten years ago, I was teaching (my first!) a one-day personal essay class at the Independent Publishing Resource Center in Portland,...
© LitHub
Back to top
Loading Comments...