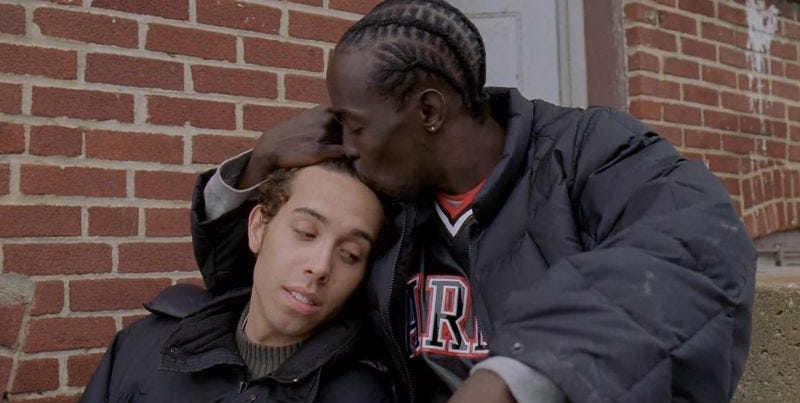 Tice Cin Examines the Coexistence of Adventure and the Domestic

As readers and writers, it is hard to know how to find the story that you’re craving. In a fragmented column that Roland Barthes wrote for Nouvel Observateur, he discussed a struggle for softness in the postmodern world and felt that “writing small,” in snapshots of text, imbued a sensitivity and feeling into his work. Making the decision to write in fragments was then a “moral choice.” Colette Fellous shares how this thought changed the way she read the world in her boundary-spotting book This Tilting World (translated by Sophie Lewis). She became invested in using fragments to explore hidden connections and observe space:

The space between two people, the positioning of their bodies, sightlines, what’s hidden in their gestures, in objects, in landscapes. Political speeches, the shapes of cities, everyday conversations, the violence that leaches into everything, bodies drawn to each other and then suddenly embracing.

Sightlines catch me. I think of the arrangement of a dramatic scene. In Scarface, the rakishly handsome Manny flirts in his Cadillac; the camera gradually begins to pan back until we are pulled through a hooped window to see Tony being threatened by a chainsaw nearby. This is a genre where irony is used on a whim. Sexual tension collides against a smash cut of leaching violence. Softer moments wobble on a conveyor belt. Complex PTSD can feel like this, where an hourglass is put to joy. We don’t know how many seconds there will be between a moment of joy and a traumatic incident.

My book Keeping the House, like any story shared with the public, has been assigned any number of genre labels, morphing blurbs, or shelf rotations. Those labels have been less important to me than finding a way to slip questions into the book, wrapping them with the enfolding leaves of other stories. In writing a love story around a fractured Tottenham, I wanted to demonstrate this sense of something sheltered within fractures.

What does it mean to toy with mood shifts and fault lines? In Susan Sontag’s “Notes on ‘Camp,’” she writes:

Turning the way we look at “serious fiction” isn’t the same as trivializing seriousness, and the stories that captivate me most are those with a complex relation to “the serious.” Moments of lightness are not merely a glamorization or reduction of traumatic moments; they often center a pocket of truth that is otherwise hard to bear. In Keeping the House, one of the characters admires another who has an encyclopaedic understanding of chicken nuggets—nuggets girl is held under the soft focus of a loving stare. Earlier in the night, she had run away from a stabbing outside of a nightclub. The two do not cancel out each other.

Queer love stories are frequently asked to be similarly simplistic; we are asked not to put in overlapping tensions. Suddenly, two lovers in a room are too much if they are in a room where windows are shattering. We are asked, “How many stories are you trying to tell?” These worries over ambiguity are expressed at any part of the publishing trail, from skeptical readers at a literary agency to jaded reviewers with a word count limit.

Queer love stories are frequently asked to be similarly simplistic; we are asked not to put in overlapping tensions.

Often, queerness in fiction appears in contrast to domesticity. In The Wire, Omar (played by the late, great Michael K. Williams) shows the tension of this disconnect beautifully. There’s a great scene in which he keeps his arm casually draped around his lover Brandon, while John Bailey looks on in disgust. Tension builds, and John Bailey eventually gets up, asking Omar, “What’s next?” Work is between them. An interruption. For there are other things to do, a priority or action that comes next after, and around, intimacy. People often use Omar’s queerness as an example of the contradictions within his character, when in my opinion, the true contradiction lies in his openness to softness and vulnerability when it coexists with his capacity for violence.

Kelsey Topola in her essay “The Wire & The Mythology of the Western” writes:

The sacrifice of marriage and a domestic lifestyle by Doniphon and Omar is one born out of the connection between cowboys and medieval knights. Marriage and domesticity are often not a possibility for these kinds of heroic characters because their adventurous lifestyles disqualify them from it.

In other words, the adventurer cannot be granted safe love. Domesticity between queer people is often, then, perceived as sibling love, rarely romantic in the absence of explicit statements from the storyteller. There feels a need to perform queerness in society; you aren’t about that life unless you show yourself draped around a person. But what about the smaller moments of queerness? Sometimes, in my writing, I like to show that queer love too can begin in a moment, a microcosm of a scene. We do not need to physically plant it on the first page for it to be real. It can exist alongside adventure in subtle ways.

In Keeping the House, Ayla thinks about the campness of Hasan Buli, a Turkish Cypriot folklore legend and cowboy:

I need to morph into him and smarten up. Hasan Buli, the outlaw who hid in the Kıbrıs mountains from authorities, wore his lover’s clothes to slip away into darkness. That’s me.

Camp and queerness are not the same, but they do hold space for each other. There is something in the camp potential of women performing roles traditionally portrayed by cis-het men that drew me in as a writer; one of my obsessions is in the way that we can model the characters and spaces that we are not allowed near. The men in a lot of the stories I grew up with are brawny, their hair is impeccably smart, and they woo you into the underworld—they exist as portals into a world that many will never know. In the crime genre there are strong themes of machismo and marianismo, and I wanted to expand those expectations by experimenting with the genre markers. The high macho working men’s cafes that we see in my novel are a site of heated coffee debates and thigh-slapping banter, but I’ve enjoyed writing characters around them who would usually be disqualified from those rooms. I’ve written Keeping the House as a Trojan horse of sorts; by telling a story inchingly, glitching between time and people, I hope that the stories of these women can be received with empathy.

Through this, I wonder who it is that I am speaking to in my stories. Perhaps I am a comedian, bartering with a serious crowd. I look to my left, and to my right, hoping that I can find a smile. 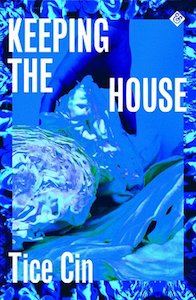 Tice Cin’s Keeping the House is available now via And Other Stories.

Tice Cin is an interdisciplinary artist from north London. A London Writers Award-winner, her work has been published by Extra Teeth and Skin Deep and commissioned by places like Battersea Arts Centre and St Paul’s Cathedral. An alumnus of Barbican Young Poets, she now creates digital art as part of Design Yourself – a collective based at the Barbican Centre – exploring what it means to be human when technology is changing everything. A producer and DJ, she is releasing an EP, Keeping the House, to accompany her debut novel of the same name.

Jenny Holzer on a Life of Turning Public Spaces Into Art 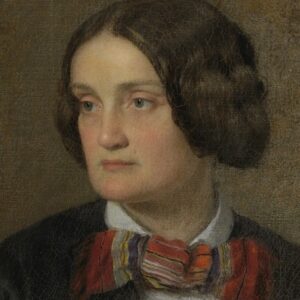 The buskers’ cries followed Charlotte Cushman as she passed under the obelisk in the Piazza del Popolo, the People’s...
© LitHub
Back to top
Loading Comments...