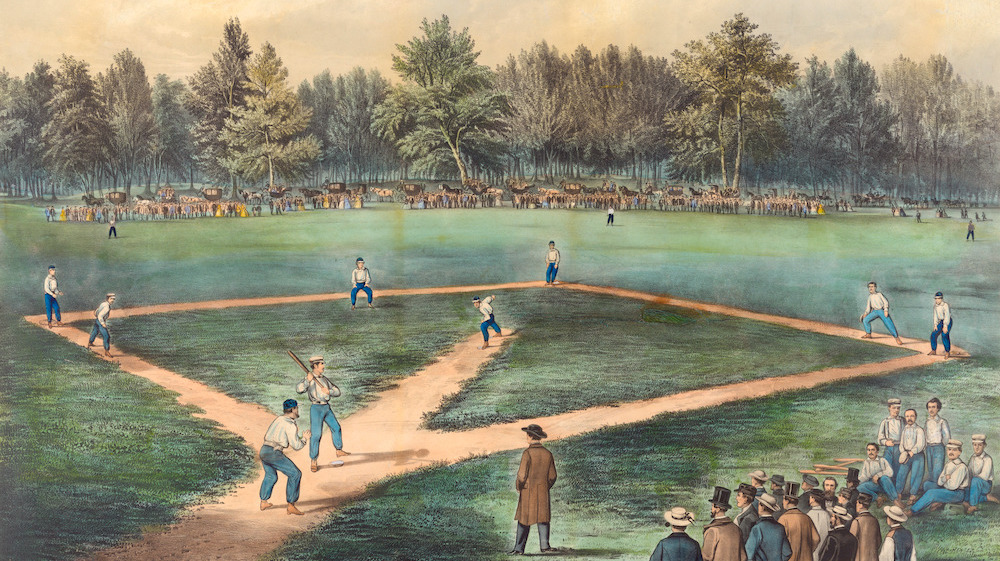 Why is Baseball the Most Literary of Sports?

Lincoln Michel Goes Deep Into the Prose of America’s Pastime

The World Series is here. Even though it’s the (ugh) Braves vs. the (ugh) Astros, it’s still time to put on a ballcap, break out of a box of Cracker Jack, and head on out to the old ballgame… or least stream one online. Baseball has been known as America’s “national pastime” since the 1850s. While the sport may have been surpassed by football in the TV ratings, there’s still something about wooden bats, leather gloves, and grass-and-dirt diamonds that feels distinctly American. And distinctly literary.

Baseball has a tremendous literary history, one that stretches back through decades and across literary genres. Baseball appears in postmodern comedies like Robert Coover’s The Universal Baseball Association (1968), horror stories like Stephen King’s Blockade Billy (2010), fabulist novels such as W.P. Kinsella’s Shoeless Joe (1982), YA fantasy like Michael Chabon’s Summerland (2002), and works of literary realism like Chad Harbach’s The Art of Fielding (2011) and Emily Nemens’s The Cactus League (2020). Pick a literary genre and you can find baseball books.

I added my own contribution with my science fiction novel The Body Scout. My novel takes place in a future New York City ravaged by climate change, pandemics, and body modifications, in which genetic editing is as common as cellphone apps are today. When I started writing, I knew I wanted to explore questions of the body and technology and center it in a future sports league run by biotech and pharmaceutical corporations. I had a lot of hard decisions to make about worldbuilding and plot and character, but there’s one thing I didn’t think twice about: the sport would be baseball.

Sports and literature aren’t always the best pairing. Novelists are classically weirdos and introverts, more likely to be bullied by the jocks than compete with them. There are some hugely popular sports that have almost no novels about them. So why is it that baseball has had such an enduring literary appeal?

I.
A Quick Look at the Literary History of Baseball

Baseball novels stretch back to the 19th century with the first such novel apparently having been written by Noah Books in 1884. As the sport grew in popularity, it found its way into the popular dime novels of the day. Zane Grey is mostly remembered for his Westerns, but the author had gone to college on a baseball scholarship and wrote several books of baseball fiction.

When we talk about baseball as literature in the more snooty sense, one of the earliest classics—and indeed arguably the classic baseball novel—is Bernard Malamud’s 1952 debut novel The Natural, which was based in part on the life of Phillies first baseman Eddie Waitkus. Malamud would go on to win the National Book Award and Pulitzer Prize for later work, and his debut helped cement baseball as a thoroughly literary topic. This novel was famous enough to be parodied in the classic The Simpsons episode “Homer at the Bat,” in which Homer—like Malamud’s Roy Hobbs—has a lucky bat carved by a lightning-struck tree.

The great postmodernist trickster Robert Coover wrote his baseball novel in the early innings of his career. His second novel, The Universal Baseball Association, Inc., J. Henry Waugh, Prop. (1968), followed an accountant who escapes from his dreary life into a dice-simulated baseball game.

Baseball’s long cultural importance in American life means that the sport has given us far more terms, phrases, and idioms that most other sports.

I mentioned W.P. Kinsella’s sports fantasy novel Shoeless Joe (1982) above, although most know it better in its film adaptation form: Field of Dreams (1989). Kinsella leaned fully into the mythic quality of baseball in that novel, and he wrote other magic and mystic baseball works. His collection The Dixon Cornbelt League: And Other Baseball Stories (1993) includes, for example, a werewolf baseball story titled appropriately, “The Baseball Wolf.”

One can’t bring up the literary history of baseball without Don DeLillo’s phenomenal Underworld (1997), which opens with an extended fictionalized account of the New York Giant Bobby Thomson’s game-winning homer against the Brooklyn Dodgers in 1951. The real life homerun was so famous it’s simply called the “Shot Heard ‘Round the World.” DeLillo’s own version was also famous enough, at least in literary circles, that it was eventually published as a standalone novella, Pafko at the Wall, in 2001.

More recently, Chad Harbach’s college baseball novel The Art of Fielding (2011) famously secured a massive $665,000 advance—extremely rare for a debut novel, much less one about sports—and was released to wide acclaim. In 2020, when COVID forced the MLB to play a shortened season in empty stadiums, we saw two more notable baseball novels: Gish Jen’s dystopian The Resisters saw baseball as location of resistance in an authoritarian future America while Emily Nemens’s The Cactus League explored the lives of a wide variety of characters during spring training.

These books are of course only a small sampling of the baseball literature out there. The Library of America’s Baseball: A Literary Anthology includes Amiri Baraka, John Updike, Annie Dillard, Robert Frost, Yusef Komunyakaa, and many more poets and novelists who found baseball making an appearance in their work.

II.
The Quirks and Lingo of America’s Sport

Why does baseball translate so well to the page?

Part of the answer is the basic nature of the game. Baseball plays out largely in a series of one-on-one matchups with very clear dramatic stakes. Do you hit the ball or swing and miss? Get on base or strike out? Catch the ball or get an error? Not only are the stakes clear from moment to moment, but the game is played out over a lot of tension-building downtime punctuated with short bursts of dramatic action. While haters will say this makes the game boring to watch, it certainly makes it easier to render on the page. The chaotic non-stop action of sports like hockey and basketball are trickier to pull off in text.

Of course, the literary appeal of baseball runs much deeper. For one thing, the sport is simply unique. It has runs instead of points, managers instead of coaches, a diamond instead of a rectangle, and an offense that never gets to hold the ball. The uniforms feel time-warped from another era. It’s weird. But even more than the quirks, the language of baseball is everywhere in America.

We talk of “knocking it out of the park” when we do well and “striking out” when we fail. We “touch base” with old friends, guestimate “ballpark figures” in office meetings, and take a “rain check” to reschedule a plan. (Back in the day, if it rained too heavily to continue the game fans would be given a “rain check” voucher to use at another game.) We separate things into the “big leagues” and “bush leagues.” Sometimes life “throws a curveball” when something comes right “out of left field.” Other times we have to “play hardball” with someone or apologize for talking too much “inside baseball.”

Baseball’s long cultural importance in American life means that the sport has given us far more terms, phrases, and idioms that most other sports. Its language is part of America’s language—and what are authors if not people attuned to language?

All of the above combines with baseball’s long and storied history, which has often dovetailed into larger American narratives. Jackie Robinson’s breaking of the racist color line. Lou Gehrig’s farewell speech. Joe DiMaggio and Marilyn Monroe. The 1990s steroid era. Baseball also winds its way through people’s lives, from elementary school t-ball to middle age office softball leagues. It’s perhaps the sport that best cuts across class, race, gender, age, and the urban/rural divide (even as it’s infused with the conflicts of those categories).

So baseball in literature tends to stand in for America. It might represent an earnest nostalgia, such as in Kinsella’s work. It may reflect the small anxieties of average Americans as in Coover’s The Universal Baseball Association. Or it might be used to examine the great forces of history that shaped the country, as in DeLillo’s Underworld when J. Edgar Hoover is informed of Soviet nuke tests during a game, or in Roth’s The Great American Novel when the Cold War is fought out over a fictional baseball league. In literature, baseball can represent any part of American life the author needs.

Elements used in literature accrue meaning the more they are used. The fact that baseball has appeared in so many literary works—not to mention films like A League of Their Own and The Sandlot and the countless other movies, video games, comics, and television shows—has imbued it with extra meaning. This is why, I think, baseball is at home in a horror novel or science fiction TV show as it is a Pulitzer Prize’s winners work. It’s a flexible metaphor, one artists can use to explore all different aspects of America. This is why I knew my novel would be about baseball. I wanted to tap into that rich and storied tradition.

So this World Series, if you’re looking for something to do between innings why not pick up a baseball novel and read? 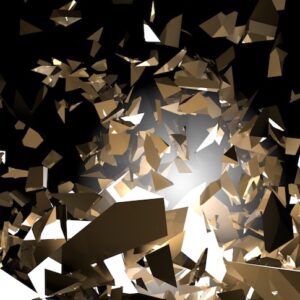 “Perhaps the lyric essay is an occasion to take what we typically set aside between parentheses and liberate that content—a...
© LitHub
Back to top