Paul Newman on the “lusty time” he had filming The Long, Hot Summer • Cooking with Sylvia Plath through her posthumously published journals • Serhiy Zhadan on Ukraine and Russia, justice and peace • Why you won’t find Lee Child or Andrew Child organizing their bookshelves • How the baby stroller embodies parental hopes and fears • On Charles Sumner’s radical, compelling message of abolition • How Republicans incited their followers to insurrection • Do Icelanders really, truly believe in elves? • “We are the stories we are told and we are the stories we tell ourselves.” • On the grief of publishing a book without the parent who inspired it • Considering the banjo’s spiritual and cultural significance • Anna Badkhen explores the etymologies of maps • America’s first media circus around a murder case • How humans discovered the unseen world of cells • On the appeal of the sobriety narrative • How the Supreme Court failed to stop the Trail of Tears •  The shared artistic visions of Martha Graham and Wassily Kandinsky • How Lucy Ferris’s novel about a post-Roe world disappeared 25 years ago—and how it came back • What a reporter can learn from a source’s silence • The etymological origins of the renaissance • The sartorial taste of Rolling Stone drummer Charlie Watts • You should probably watch the very campy Godzilla vs. Hedorah • Karon Liu on the magic of dumplings • How the Jane Collective revolutionized the abortion conversation • Bill McKibben on the power of climate crisis posters • How to write ethically about social issues • How the California Gold Rush destroyed peace in the American West • How rock and roll came to Sioux Falls, Iowa • How stories dominate every facet of our lives (for better and for worse) • A recipe for green eggs and ham (and biscuits!) • Jeanna Kadlec on why a journal is definitely not a memoir • A look at the only US school dedicated to teaching refugee girls • Emily Urquhart explores villain/helper tropes in a small maritime town 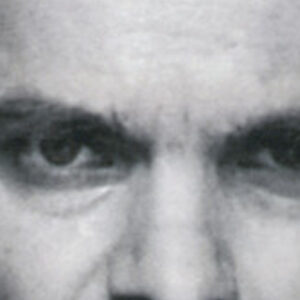 Listen. It's Friday, and things aren't great. But here's something nice for you: a collection of frowning, eye-rolling, dead-panning...
© LitHub
Back to top