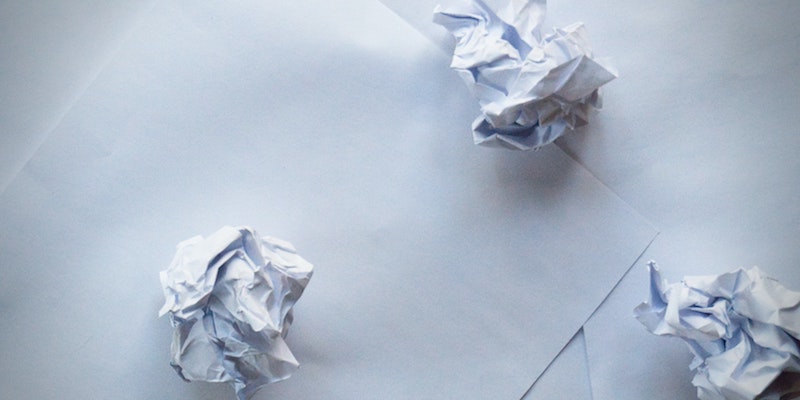 Seeking a New Story: On Sobriety and the Stories We Tell About Ourselves

The IT department at the university where I taught was located in the underworld of the school. Each IT services attendant I encountered sent me further into the circles as the name Sean passed my lips. I was there to see the king. I had never actually seen the king in person, only his picture every time I logged on to our school’s online learning platform which had given him the familiar quality of a billboard lawyer. “Ah,” he said in a shirt that was different from his picture on the learning platform, which disoriented me, “you got hacked. These are the emails that were going out from your address.” He pulled up a thousand emails promoting a fake job at the World Health Organization. All ending with: Sincerely, Sara Martin. In bold.

“May I?” I asked, taking his mouse and scanning the messages. There was a single email from one of my students in response to it that said:

Why are you sending out this job over and over again? This isn’t a real job, it’s just trying to take advantage of broke college students. Please stop now.

A special sinking feeling. Someone mad at me for something I didn’t remember doing.

I began composing a reply, frantic: “I am not who I am-”

“That email won’t go anywhere,” the king said, “we have to do a couple things. First, can you tell me if you filled this out?”

He pulled up an administrative email I’d received the week before about Covid money. I had filled it out, gotten an error message and filled it out again. Money, Please! The administrator’s name I had recognized was there at the bottom: Sincerely, Emily Balch. In bold.

As the king worked all I could think about was how this incident was just like getting drunk, something I had given up doing. From the carelessness with which I had filled out the phishing email to the way standing there in the basement reminded me of emerging from a blackout with Sean having to tell me what I did the night before. And there was that email from my student like a scary text message confronting me about some debauchery. If Makayla hadn’t understood that it was a hacker who had sent that email, other students wouldn’t understand either and they must have been talking.

This story had become so essential to my identity that I believed it needed to take up room in other people’s lives too.

This, I realized, my anxiety growing like something spherical and barbed, was essentially a relapse. Finally, the king asked me to create a new password. I looked into his eyes and told him how incredibly sorry I was that this had happened. He shrugged, “it happens all the time.” He doesn’t understand, I thought, that this happened because of the things that came before it. I felt like I was getting away with something.

There are all kinds of little rhymes and sayings in AA. One of them is, “first you take a drink, and then the drink takes a drink.” In my years of sobriety I have experienced: “first you drink, and then you write about drinking” and before you know it you are celebrating the stuff even more than you were before. The story of my life as a drinker took over my life as a non-drinker. It became a second addiction, framing every new situation as a transmogrification of drinking and an obsession on the page.

I’m reminded of Karl Ove Knausgaard’s book, My Struggle, and the narrator’s perception of his alcoholic father. When Karl Ove realizes that even after his father was deep in addiction, he always thought of him as he was before the addiction, “He had imprinted his image in me so firmly that I never saw anything else, even when the the person he became diverged so widely from the person he had been, both in terms of physiognomy and character, that any similarities were barely visible any longer, it was always the person he had been with whom I engaged.” I experienced the inverse, where things that were completely divorced from my behavior as a drinker were interpreted through that identity as a sober person. The drinker was the fixed identity, the main character, the person with whom I engaged.

I also couldn’t stop writing about drinking, even six years after I had stopped. With that much time between myself and the substance I felt myself struggling to actually remember the sensations and shames but still insisted on traveling back into those years to relive approximations of them. As they became more and more difficult to recall, these experiences of drunkenness swallowed even more of the past as I continuously summoned them to the forefront of my mind to be examined and artfully rendered. By focusing so much on one particular part of my life it became the story of my life.

Every time I consider the sobriety narrative I think of Jorie Graham’s poem, “Prayer.” She writes, “Nobody gets/ what they want. Never again are you the same. The longing/ is to be pure. What you get is to be changed.” The sobriety narrative is appealing in that it organizes life into a tidy before and after, the epitome of a transformation story, powerful proof of the capacity to change. It is because of this power that it can narrow years of your life to a pinprick and eschew any evidence that the past was perhaps not wholly one way and the present wholly another. There is a simplification in this appealing story that dismisses the fact that drinking was not responsible for every bad thing in our past nor is sobriety for every good thing in our future.

The drinker was the fixed identity, the main character, the person with whom I engaged.

Shortly after the hacking incident, I was invited to dinner with my friend Annette and her college roommates. We had become friends right before the pandemic and got through a lot of it together taking walks. I was flattered that she thought of me as the representative friend in her life and on the evening of the dinner I was feeling very tender towards her. When I arrived at the restaurant, Annette asked if I wanted a beer and handed me the list. I took it, looking at her to see if she was joking, but she was already in the middle of talking about something else.

When I got home that night I felt so wronged. The beer list made me wonder about the quality of our friendship. Were we actually close? Did Annette listen at all? How could she have forgotten that I don’t drink? Or had she remembered and wanted me to drink anyway? I began sifting through our walks, our conversations, trying to drum up the times I had talked to her about this, but every time I thought I stumbled upon one, she was just trying to show me how to do a headstand, or we were talking about our app ideas, like Slapp (a free market, location based app to outsource slaps) or Pupdate (a puppy picture generator that shows you what your dog’s puppies with other dogs on the app would look like). She didn’t even know the story that I interpreted the world through, and this proved even more disorienting to consider.

Sobriety had become a trapdoor to feeling offended. I viewed this incident and so many others like it as a personal affront to my recovery. This story had become so essential to my identity that I believed it needed to take up room in other people’s lives too. Even those who didn’t know about it! The passing of a beer list, an invitation to a “Cocktails and Conversation” work event, opening up a bottle of nice whiskey at a white elephant gift exchange—all of these experiences were simply happening around me but not to me, not at me.

In Elizabeth Harrower’s novel, In Certain Circles, the protagonist Zoe considers her unhappy marriage, and feels torn about how to proceed after staying in it so long. “It occurred to Zoe that if we lived forever, there would be time to recover from mistakes of twenty years’ duration. As it is, we’re caught both ways: it’s fatal to prune off too large an area of the past, but not bearable to live with large tracts of error, either.” Herein lies the predicament of decentering a sobriety story. It is scary to feel story-less even as savoring and scrutinizing the errors of your past is unsustainable.

The more that I have read and learned about alcohol abuse, the more I have come to believe that unless one is going to dedicate themselves to crusading against alcohol, the story of its power is simply that—a story about its power. It is a remarkable substance, but I no longer believe that the story about my relationship with it has a place in the kind of art I want to make. I want to celebrate not having a story for a while. Perhaps it is necessary to be a stranger to oneself in order to make room for new lenses through which to filter the world. I find myself joyfully thinking of Emily Dickinson during this liminality, of her lines “I’m Nobody! Who are you?/ Are you – Nobody – Too?”

Manuel Muñoz on Writing Through Uncertainty 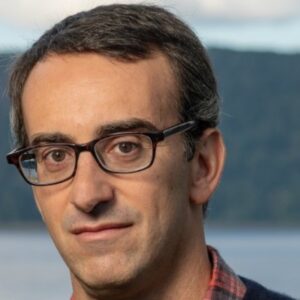