Ross Gay sings the praises of adult braces and small dogs • Samantha Irby on turning anxiety into laughter • “Could Elmo’s and Cookie Monster’s wacky, lighthearted banter even be translated for Dostoevskian, angst-ridden Russians?” • Why Elon Musk is no Nikola Tesla • Behind one of President Obama’s most memorable speeches • Why Britney Spears’s vocal fry is so infectious • A brief history of the Morgenthaus, an American dynasty • W. Scott Poole considers the lonely crossroads of horror and the American century • Sean Dietrich on a cancer diagnosis that inspired a 400-mile bike riding trip • How potato blight made Ireland into a country of emigrants • Rose Levy Beranbaum’s recipe for lemon madeleines • Bookselling in Ancient Greece • Ethan Chatagnier on broadcasting loneliness • How monuments help us remember (or not remember) the past • Could dating apps help mitigate racial bias in dating? • Maira Kalman’s illustrations of women holding things • Treasures from the archives of America’s best literary journals • New Yorker cartoonist Will McPhail on studying zoology • Sophie Lewis on why family isn’t everything • Pioneering social equity in the cannabis space • How Serge Diaghilev revolutionized ballet • What happens to our brains when we read a really good story? • Further proof that baobab trees are incredible • How legendary comedian Dick Gregory shut down racist hecklers • Check out this twist on a polenta • Kid Congo Powers on creating a fan club for the Ramones • How a fitness class fueled Sheila Yasmin Marikar’s novel • Steven Heller on his stint as art director of the underground • How Abraham Lincoln’s followers and adversaries responded to his untimely death • Elizabeth Ford on creating new Appalachian ballads • Learning to ask better questions with the help of oracle cards • Steffan Triplett on doubles, in horror and queer life

Wait, Colleen Hoover's new book sold how many copies by the end of its release day? 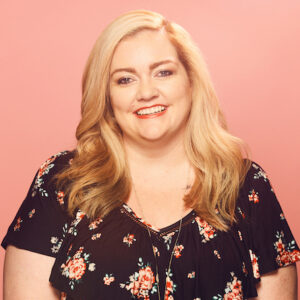 Wait, Colleen Hoover's new book sold how many copies by the end of its release day?

If the New York Times Best-Seller List were a Monopoly game, Colleen Hoover would have hotels on Boardwalk and Park Place...
© LitHub
Back to top