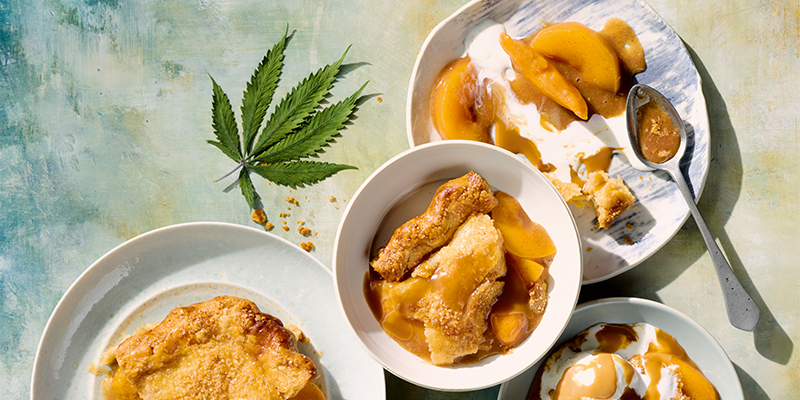 Plus, How to Make Peaches + Herb Cobbler with Weed-Infused Butter!

The mother-and-daughter team of Big Kika (Kika Keith) and Kika Jr. opened Gorilla Rx Wellness, the first Black-owned, women-led dispensary in Los Angeles in 2020. The dispensary, set in the heart of South Central Los Angeles, has the largest selection of cannabis goods produced by Black-owned companies in California. The duo aren’t just cannabis entrepreneurs, however—they are teachers who advocate for equity in an industry that has been widely weaponized to incriminate people of color.

When Kika Jr. developed a severe case of asthma, Big Kika turned to her mother’s homemade remedy of a honey-sweetened chlorophyll-and-lemon drink to clear her respiratory issues. A few years later, when Kika Jr.’s inner-city orchestra, Sweet Strings, needed to raise money to continue its arts enrichment programming, Big Kika turned to the drink as the perfect way to help fund the group’s efforts. She decided to call the drink Gorilla Life Water, and, along with a few family members, she rented a small production facility and grew the beverage brand into a regional hit on the West Coast and in Hawai‘i.

What makes this story especially notable is that Big Kika started Gorilla Life while living in a homeless shelter—and the ingredients for Gorilla Life Water were all funded by her public assistance benefits. However, Gorilla Life was struggling despite her hustle. The pain of producing and manufacturing the drink without an infusion of cash from private investors to maintain operations began to strain the grassroots operation.

One day Big Kika noticed that every cannabis dispensary she passed had a long line of customers waiting to get in. She immediately recognized the demand and got the idea to infuse Gorilla Life Water with the nonpsychotropic component of cannabis called CBD (cannabidiol), revered for its anti-inflammatory benefits. She wasn’t sure what modifying the drink would look like, but she knew that getting into the lucrative cannabis business could be the answer to saving—and growing—her business. Soon after, Gorilla Rx Wellness was born.

Their goal was to be social equity advocates in the cannabis space, an industry known to shut out people of color. These are two Black women who are helping others get higher.

After cannabis was decriminalized in LA in 2016, the city began resentencing anyone incarcerated due to cannabis sales and possession. Historically, Black people accounted for 40 percent of the arrests even though they represented just 9 percent of the population (and even though statistically white people consume cannabis at a higher rate than any other ethnic group). As an effort to help the people and communities harmed by the war on drugs and by the criminalization of marijuana, the city introduced a “Social Equity Program” to promote equitable ownership and employment opportunities in the cannabis industry for Black and Brown people.

Although the Social Equity Program was intended to award a set number of licenses to dispensary owners of color, Big Kika noticed that the program did not provide community outreach or educational workshops on regulations, access to capital, policies, and compliance. The Social Equity Program also opened the door for nonminority dispensaries to abuse the program with predatory contract practices—such as offering “sharecropper agreements” to Black and Brown would-be minority partners of already-established white-owned dispensary brands.

This inequity sparked the creation of Life Development Group, a grassroots organization headed by Big Kika, Kika Jr., and other Social Equity Program applicants who were prospective cannabis entrepreneurs. Big Kika and Kika Jr. set out to educate potential applicants of color on the ever-changing policies, rules, and regulations involved in applying for a dispensary license. They also frequently attended city council meetings as a collective, protested, and taught others how to lobby city council members and the mayor’s office.

Big Kika and her daughter wanted to share the knowledge they amassed during their own fight for inclusion and make sure that each minority cannabis entrepreneur was set up for success. They weren’t concerned about creating competition in the marketplace—their goal was to be social equity advocates in the cannabis space, an industry known to shut out people of color. These are two Black women who are helping others get higher.

I created the Peaches + Herb Cobbler, which is made with pie dough that has been infused with a low dose of cannabis butter, in honor of Big Kika and Kika Jr.’s pioneering contributions for cannabis entrepreneurs of color. This mother-daughter duo is an advocate for equity and justice among Black and Brown business owners.

Fill a large bowl with ice and water and set aside. Bring a medium pot of water to a boil over high heat. Blanch the peaches by submerging them in the boiling water for 45 seconds. With a slotted spoon, transfer the peaches from the boiling water to the ice water. When cooled, use a small paring knife to remove the peach skin. Halve, pit, and cut the peaches into slices ½ inch thick, placing them in a large pot as you go.

Set the pot over medium-high heat. Add the butter, brown sugar, lemon juice, salt, and ¼ cup (60g) water. Bring the mixture to a boil, stirring occasionally, until the peaches are fragrant and have softened, 25 to 30 minutes.

In a small bowl, combine the flour with 2 teaspoons of hot liquid from the peach pot and stir to make a paste. Gradually add 2 more tablespoons of hot liquid to loosen the flour mixture so it forms a slurry the consistency of thick porridge. Return the slurry to the pot of peaches and stir and simmer until the mixture thickens, 3 to 5 minutes. Stir in the cinnamon, nutmeg, and vanilla. Remove the pot from the heat and set aside.

In a small bowl, beat the egg with 1 tablespoon water and set the egg wash aside.

Lightly dust the countertop with flour. Starting with the regular pie dough (the dough that hasn’t been infused with weed butter), roll out each disk into a rectangle measuring 12 × 16 inches. Carefully transfer both pieces to a 9 × 12-inch baking dish, overlapping them slightly in the middle so that they form about a 12 × 18-inch rectangle. Use your fingers to gently mold the middle seam of the dough together and then press the dough into the dish using your fingers to mend any tears, lines, holes, or cracks so there are no gaps. Roll the overhanging dough to the edge of the baking dish and allow it to drape over the edge. Add the peach filling to the bottom crust.

Use a pastry brush to coat the top crust with the egg wash, sprinkle Demerara sugar evenly on top, and use a paring knife to make two slits in the top crust to vent the cobbler as it bakes.

Bake until the crust is dark golden brown, 45 to 55 minutes. Remove the cobbler from the oven and allow to cool for 10 to 15 minutes before serving. To store, cover with plastic wrap after cooling and refrigerate for up to 5 days.

Add 16 tablespoons of unsalted butter and 3 grams of cannabis flower to a large mason jar and seal tightly with a lid.

Place the canning jar in a large pot and add enough water to the pot to nearly submerge the jar. Bring the water to a simmer over medium heat and let the butter infuse for 1 hour, checking often to add water so the jar always stays mostly submerged. After 1 hour, use tongs to remove the jar from the pot and use a kitchen towel to open the lid to release any pressure. Tightly re-cover and carefully return the jar to the pot, making sure it is nearly submerged. Simmer for 1 hour, replenishing the water as needed.

Use tongs to remove the jar from the pot and set it on a kitchen towel (if you set the jar on a cold surface it could shatter). Let it sit until cool, 20 to 25 minutes. Place cheesecloth over a liquid cup measure and pour the butter through the cheesecloth to strain out the solids. Squeeze the cheesecloth to make sure you get all the butter out and then discard.

Pour the butter into 8 wells of an ice cube tray and refrigerate until chilled solid, about 2 hours. Remove the cubes from the tray. If using the weed butter in place of plain butter in the All-Butter Pie Dough (page 220), cut into smaller cubes as instructed before adding to the flour. Store in the refrigerator for up to 2 weeks or in the freezer for up to 6 months.

BONUS: Top the cobbler with some vanilla ice cream and some Salted Caramel Sauce or Broussard Praline Sauce for an ultimate à la mode experience! 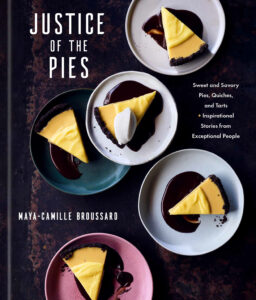 Maya-Camille Broussard is the chef-owner of the satellite bakery Justice of the Pies in Chicago and the star of the Netflix show Bake Squad; she has been featured in Esquire, the Chicago Tribune, Thrillist, and on Today. Maya-Camille, who is a member of the Deaf and Hard of Hearing community, strives to impact the world in a meaningful and positive way—whether it’s through community-based activism or through a perfect Strawberry-Basil Key Lime Pie. 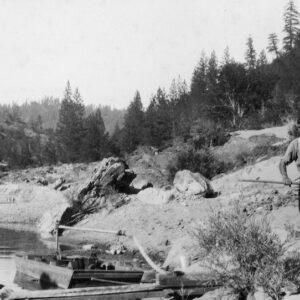 From This Year’s Cundill History Prize Shortlisted Title The Chinese Question: The Gold Rushes and Global...
© LitHub
Back to top
Loading Comments...