Here are our takes on the best poetry collections of the past decade • Flannery O’Connor and Katherine Anne Porter’s friendship in letters • The late Harold Bloom on Blood Meridian’s place in the American canon • How do we preserve the vanishing foods of the earth? • Elizabeth Strout spills her literary secrets •  Bill Bryson on the mysterious history of bipedalism • It’s the Ben Lerner–Ocean Vuong conversation you hadn’t realized you needed! • Iris Origo on the impossibility of capturing truth in a biography • Deborah Levy beats writers’ block with a good swim • Tim O’Brien on the scars of war and the bonds of Vietnam • Chloe Vassot on the little-known “slow fire” that’s destroying all our books • Elizabeth DeNoma recommends a dozen great books from Scandinavia • Johan Harstad finds something in the trash • A poem by Sharon Olds from the collection Arias • How Anna Maxymiw’s unusual schedule saved her writing • On the film that brought the birthplace of Chicago blues alive • Leah Vernon:

a day in the life of a fat model • Oscar Villalon on the many ghosts we call family • Cyrus Grace Dunham on why we need to explode the genre binary • Reginald Dwayne Betts on basketball, a most democratic sport • The Hungarian author who foresaw the future of nationalism • Murder in the Galapagos: the strange tale of the baroness and the bohemians • Meme but not forgotten: RIP to all the glorious animals memorialized in our digital hearts • Meaghan Winter on the importance of state versus federal politics • The role of librarians in a historical age of obsession

Decolonize your bookshelf with this list of 12 books by Indigenous writers • A guide to every Booker Prize winner of the 21st century • Steph Cha recommends five great American social crime novels • “Edna O’Brien is a literary marvel”: Lori Feathers on the oeuvre of an icon • Zadie Smith’s Grand Union: half-baked or close to brilliant? • New releases from Elizabeth Strout, Edna O’Brien, Bill Bryson, and Elton John all feature among the Best Reviewed Books of the Week 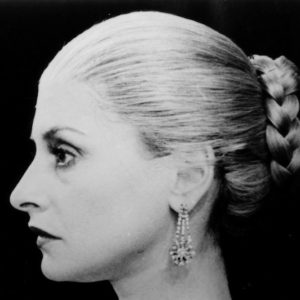 I grow up in Queens in the '70s. During this period there are tons of commercials for Broadway shows. I become obsessed,...
© LitHub
Back to top