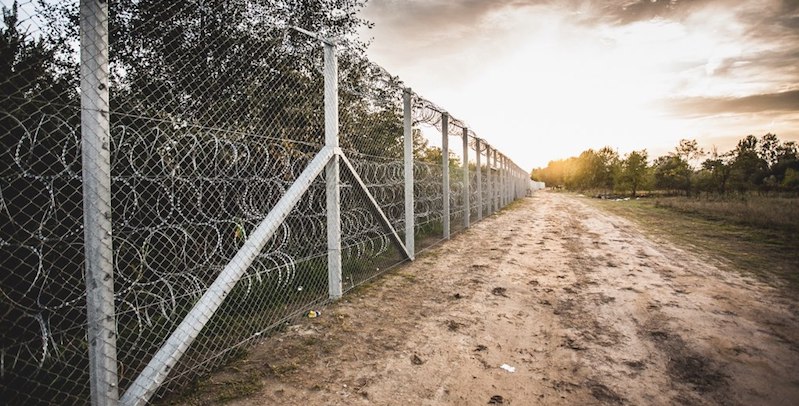 The Hungarian Author Who Foresaw the Future of Nationalism

For the last several decades, Hungary has been easy for many Americans to ignore. It’s a landlocked country with a population of 10 million and a language with only 13 million native speakers worldwide. For roughly 35 years, Hungary was part of the Soviet Bloc, with little political power in its own right. Before that, the country was a minor Axis power in WWII, and before that, it was part of the Austro-Hungarian empire, whose monarchs spoke German (not Hungarian) and ruled from Vienna (not Budapest).

No wonder American publishers have been slow to release English translations of Hungarian books, even as the country’s literary culture has thrived against all odds. Now, there’s a reason to start paying attention: Americans are realizing that Hungary’s political situation has been a harbinger of our own. Hungarian Prime Minister Viktor Orbán is not only friendly with Donald Trump, but perceived by some politicians and scholars to be his European predecessor—the “Trump before Trump,” as

Steve Bannon joked. Anti-immigrant sentiment and heightened nationalism had already reached alarming levels in Hungary by the time Trump magnified their presence in the United States.

Enter Pixel: a Hungarian novel written by acclaimed poet Krisztina Tóth, first published in 2011 and newly available in English via translator Owen Good. Pixel reads as a compendium of European discontent. Each of its 30 chapters stands alone as a short story, and Tóth names each section after a discrete body part: “The Navel’s Story,” “The Thigh’s Story,” and so on. This structure creates a sense of dislocation as readers move from one vignette to the next. What does “The Ear’s Story” about a gay Indian immigrant have to do with “The Back’s Story,” about a guard pummeling an impoverished Romani boy? Eventually, the interrelatedness of these narratives becomes clear, and the novel addresses the crises facing Europe today: the influx of immigrants and resulting xenophobia, mounting anti-Semitism and anti-Roma bigotry, the validity of the European Union versus nation-specific loyalties.

Take, for example, “The Tongue’s Story,” which follows the arrival of Greek immigrants into Hungary. When the refugees cross the border, they’re met with such scorn that they later see malice where none exists. The cooking staff at the refugee center put poppy seeds on top of the pasta they serve, a common Hungarian flourish. Noticing these black specks, the refugees assume their hosts have sprinkled dirt on the noodles. “They don’t want us here… that’s why they’re defiling our food,” one man yells. The kitchen workers are bewildered by the Greek’s indignation. The point of this anecdote isn’t that the immigrants are paranoid, but that the detention of refugees spins cycles of mistrust with consequences large and small.

In 2019, “The Tongue’s Story” might strike U.S. readers as a relatively obvious take on xenophobia. But Tóth wrote Pixel years before immigration in Europe became a full-fledged 21st-century crisis, with hundreds of thousands of Syrian War refugees flooding EU borders. In the proper context, the story reads more like an unheeded warning. When a surge of 170,000 asylum-seekers entered Hungary on their way to Germany in 2015—most having escaped Syria by traveling north through Greece and the Balkans—many were held in cage-like structures, similar to what was seen at America’s own Clint Facility in Texas last month. (At a White House press conference in May, Trump praised Orbán for doing the “right thing” about immigration and keeping his country “safe.”)

A more potent example of Pixel’s hate-begets-hate loop occurs towards the end of the book, when a Romani teenager and Jewish bus driver kill each other. Both are the targets of discrimination on a demographic level, as well as a personal one. In a previous chapter called “The Back’s Story,” the Romani boy is beaten viciously for stealing cherries from the gypsy-hating mayor of his village. The Jewish bus driver, pigeon-toed since childhood, suffers abuse from vociferous bus passengers. When the Romani boy and Jewish man turn against each other in a late scene, neither has any real authority to wield. The two disempowered Hungarians unleash their anger by fight over the small scraps they can find—quite literally, as the altercation starts over a piece of scrap metal.

Tóth draws these dotted lines between all sorts of characters with marginalized identities: a disenfranchised Jewish Holocaust survivor (connecting “The Tooth’s Story” and “The Gum’s Story”), a queer artist (connecting “The Nape’s Story” and “The Knee’s Story”), a spurned and suicidal wife (connecting “The Hair’s Story” and “The Sole’s Story”). The irony of this approach is that by the end of the book, the dismembered stories of the ear and foot and breast and buttocks come together to form a full picture. The body is put back together again. And so emerges one key takeaway from Pixel: That even as Tóth slices her characters into single limbs and facial features, there’s no escaping their interconnectedness. What happens to the Romani boy’s stomach in chapter 18 is inevitably linked to the events of his Jewish bus driver’s nose in chapter 27. Tóth’s characters are interwoven threads in an unbreakable European social and political fabric.

In this way, Tóth makes the concept of a national “border” seem laughably arbitrary. Two recurring characters in Pixel, the elderly friends Gavriela and Cosmina, illustrate the fluidity of national identity. Gavriela is a Greek Jew who survived Auschwitz; Cosmina is a Romanian whose mother abandoned her during WWII. The friends both marry French civil servants after the war. Sitting next to each other on the beach, they share concerns over their sons, who were raised in France only to leave the country as adults. Gavriela’s son Jean-Philippe ends up in England, while Cosmina’s son David moves to his mother’s homeland, Romania. So what are the national identities of these two men? Is Jean-Philippe a Greek-French-English Jew? Is David a Romanian-Frenchman hoping to become more Romanian?

Yes. The answers are that simple. And yet, these hyphenated labels don’t solve the emotional quandary these characters face. Where is their home? France? Greece? Romania?

The multiplicity of the European identity both explains Hungary’s impulse for nationalism and undermines it. National porousness is a frightening concept to Hungarians and their immediate neighbors, whose last 500 years of history includes centuries-long occupations by the Ottomon Empire and Habsburg Monarchy. In the last 100 years alone, Hungary’s borders have been redrawn multiple times. After World War I, Hungarian citizens woke up to learn that they were now living in Romania. In the 1990s, Hungary’s northwestern neighbor Czechoslovakia dissolved into two separate countries, while Yugoslavia, to Hungary’s south, also split into multiple nations. Viewed through this lens, it’s unsurprising that a leader like Viktor Orbán has built his platform promising to defend a national identity.

On the other hand, it’s not Hungary’s actual identity that Orbán wants to defend. Instead, his nationalism is supposed to “preserve the heritage of white, Christian Europe,” as he recently announced to Trump and other world leaders. Readers of Tóth’s

Pixel will know that Hungary, and Europe as a whole, is far more expansive than white and Christian. Perhaps Tóth puts it best herself, when, in her final story, she muses that generations of humans, like bobbing needles, are “seaming together the fraying layers of the past and the present.” Their countries of origin don’t matter; neither do their religions, genders, or ethnicities. What Tóth creates in Pixel is emblematic of Europe as she sees it: a place in which “everything is sewn together while the thread itself is invisible.”
Donald TrumpHungaryKrisztina TóthnationalismPixelViktor Orbán
Share:

Stephanie Newman writes about books, culture, and social justice. She is especially interested in Central and Eastern Europe. You can find her online at stephanienewman.com. 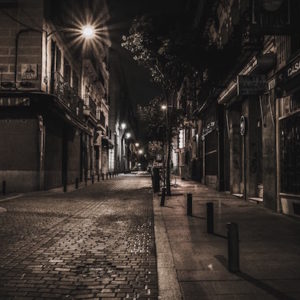 The dead come to you, but not to everyone. I have yet to see them—those who were here but left us, never to return. Yet...
© LitHub
Back to top