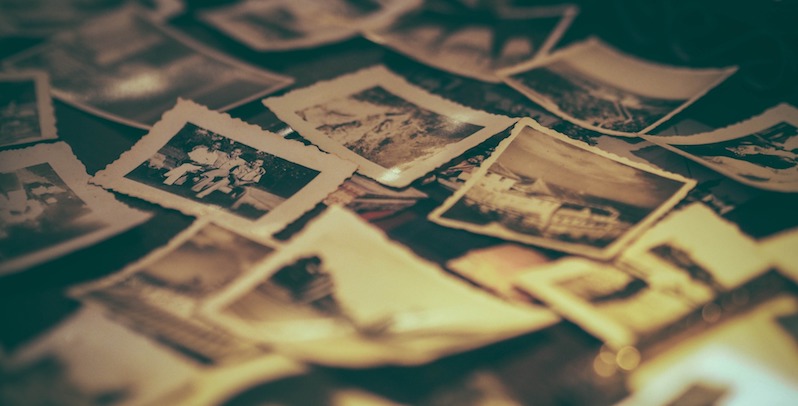 The Impossibility of Capturing Truth in a Biography

Iris Origo on Why We Try Anyway

Why does one write at all? After some 60 years spent in this pursuit, I still scarcely know. The first of my writings to be printed was, at the age of 10, a prize-winning essay in Little Folks. For this I received ten shillings and sixpence, a copy of The Christmas Carol, and a moment of as pure and unalloyed pleasure as has ever come to me out of an envelope. But the essay itself was imitative and flat, like all my other childish works. “A sedulous ape,” I covered a great deal of paper between the ages of 10 and 17, producing several long romances, many attempts at verse, some translations of Sappho, Leopardi and Pascoli, and a biographical study of the Medici children. These works show much industry, some versatility, and not much talent—a fact which I fully realized myself—and, indeed, I have scarcely more facility now. Some people, it appears, set well-turned, elegant phrases on paper at once, which only require a little subsequent polishing.

“I think,” said my step-father, Percy Lubbock, when I once commented on the exquisitely neat and decorative pages of his manuscript, “I think, before I write.” I do not, alas, resemble him. I have seldom written a sentence which did not have to be altered and trimmed and often entirely recast. Nor have I ever written a book about which I did not ask myself, at some stage, how it was conceivable that anyone should wish to read it. I write because, exacting as it may be to do so, it is still more difficult to refrain, and because—however conscious of one’s limitations one may be—there is always at the back of one’s mind an irrational hope that this next book will be different: it will be the rounded achievement, the complete fulfillment. It never has been: yet I am still writing.

From the age of 21, however, the year of my engagement, to that of 35, I never wrote at all. Those were the first years of my marriage, of my son’s childhood, and of my attempts to lead, at La Foce, an entirely new kind of life; to identify myself with the work of our farm and with my husband’s interests, and to become, if I could, a rather different kind of person. Then, in 1933, after Gianni’s death, in an effort to find some impersonal work which would absorb at least a part of my thoughts—I turned back to writing again. It was then that one aspect of my training in youth stood me in good stead.

When I was working with Professor Monti, at the time of the first War, I went to Florence daily on the Fiesole tram, which then took an hour to reach the town. The old trams were falling to pieces, the roof leaked and it was often difficult to get a seat, but since it was the only time in which I could do my homework, I learned my Greek verbs or Latin verses all the same, acquiring a habit which has been of use to me all my life. Far from having a padded room, like Carlyle, I have written in trains and planes, during illnesses, in an air-raid shelter, in a nursery, and among all the ordinary interruptions of domestic life—not always, I admit, without irritation, but at least getting on with the book. And I do not really believe that this has ever done me or my writing any harm.

When I began to write again, I thought that I had better start by trying my hand at biography. I knew that I had neither the creative imagination nor the sharp ear for dialogue which produces good novels; I had long ago given up the hope of becoming a poet. I lacked the historian’s training which I might have obtained if—as I had wished at eighteen—my mother had allowed me to go to Oxford, instead of “coming out.” But for many years I had preferred memoirs and letters to any other form of reading, and I hoped that I might perhaps have a certain aptitude for observing and assembling the different parts of a character and a life until they came together into a pattern, giving a man what Virginia Woolf called “a kind of shape after his death.”

My first subject I found made to my hand: a life of Leopardi, about whom at that time no study existed in English, except an interesting essay by James Thomson and the scholarly Introduction to the translation of his works by G. L. Bickersteth. Leopardi— apart from being one of the greatest Italian poets—was an almost ideal subject for a biography in the 1930s, especially for a generation whose taste had been formed by Strachey and Maurois, by Harold Nicolson and Virginia Woolf. He was young, deformed, lonely, ambitious and embittered; he lived in an old-fashioned, pious family of the noblesse de province in a little town of the Marches, and violently rebelled both against the rule of his parents and the restrictions of his environment; he was extremely articulate, setting down his loneliness, his grief, his contempt for his fellow citizens, his longings for friendship and love and his literary aspirations, in what eventually turned into five volumes of letters, as well as in the seven volumes of his daybook, Lo Zibaldone. “In depicting his despair and total disenchantment”—the phrase is his own—”he drew the colors from his own heart.”

This has always been one of the cardinal problems of biography: to what extent can or should one tell the truth—and what, indeed, is the truth about any of us?

Moreover he belonged to a closed society into which English travelers have seldom penetrated (his contemporary, Byron, was perhaps the first to do so, but that was through his mistress) and about which they have consequently felt very curious. “You must have wondered,” wrote Basil de Selincourt in one of the first reviews of my book, “what went on in the huge rooms of the seemingly unoccupied palazzi … Here is a book that will put the key of the mystery into your hands.”

It is to these circumstances that I attribute the considerable success—perhaps greater than it deserved—of my first book. Its chief merit, it now seems to me, was the fullness with which I quoted from my subject’s letters and notebooks. For while I read those letters myself—sometimes long-winded and self-pitying, but often unendurably poignant—a man had indeed taken shape for me, whom I came to know better than most of my friends and to whom I wished to offer the only tribute that a biographer can pay to his subject—to tell (in so far as is possible) the truth about him.

This has always been one of the cardinal problems of biography: to what extent can or should one tell the truth—and what, indeed, is the truth about any of us? The second question is the more difficult one to answer. “The world will never know my life,” said Carlyle (and the words stand on the first page of his Life by his closest friend, Froude) “‘even if it should write and read a hundred biographies of me. The main facts of it are known, and are likely to be known, to myself alone, of all created men.” Not only are there facts that we do not tell, but some that we ourselves do not know; at best, some small facet of the truth occasionally catches the light, and it is that which the biographer must try to seize. “For there is,” as Virginia Woolf remarked, “a virtue in truth; it has an almost mystic power. Like radium, it seems to give off forever and ever grains of energy, atoms of light.”

Johnson himself maintained that “in order to write a man’s life” one must at least “have eaten and drunk and lived in social intercourse with him.” But did even Boswell see Johnson’s real life? Would the great Doctor himself have thought that he perceived it? A few days ago I received a letter from Archibald MacLeish in which he was turning over precisely this question in his mind. “We can set down,” he wrote, “a record of happenings which seem to have a shape or meaning: expectation, achievement, defeat, death; a drama with a beginning, a middle and an end; a drama often interesting, fascinating, moving; but is that a life or only a Life?”

Perhaps the biographer should be less ambitious; indeed, if he has not had Boswell’s inestimable advantages, but is writing about a dead man, or one whom he only knew slightly, he will have to be. He will have to be satisfied if he can catch an occasional glimpse of a face or sound of a voice. And even to do this, he will have to accumulate a vast amount of material and then, if his biography is to be a work of art, to prune and select … But is it possible to choose without bias, to reject without falsifying? There is a revealing paragraph in A Writer’s Diary, in which Virginia Woolf—who was both an artist and a very honest woman—hints at this process; after six pages of meticulously exact description of a visit of hers to Mr. and Mrs. Hardy, factual, detailed, convincing, reproducing scraps of conversation, she proceeds, the next day, before turning all this into an article, to ruminate on the nature of art and thought. “If art is based on thought, what is the transmuting process? I was telling myself the story of our visit to the Hardys, and I began to compose it; that is to say, to dwell on Mrs. Hardy leaning on the table, looking out, apathetically, vaguely; and so would soon bring everything into harmony with that as the dominant theme. But the actual event was different.”

Is “the actual event” invariably different? I think it is. We can hang mirrors, as Virginia Woolf advised, at every corner—we can look at our subject’s face at every angle and in every light. We can discover strange and curious pieces of information: that Dr. Johnson liked to carry an orange-peel in his pocket, that Aristotle had a hot-water bottle made of leather, filled with hot oil, and that Leopardi, during the cold winters in Bologna, spent his day in a bag lined with feathers, from which he emerged looking like Papageno. But never, never, can we see enough. Here is Howell’s description of Mark Twain in his old age: “He was apt to smile into your face with a subtle but amiable perception, and yet with a remote sort of absence: you were all there for him, but he was not all there for you.” 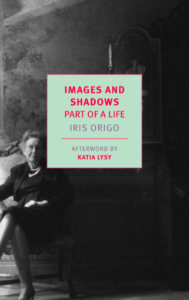 From Images and Shadows by Iris Origo. Used with the permission of New York Review Books.

Iris Origo (1902–1988) was a British-born biographer and writer. She lived in Italy and devoted much of her life to the improvement of the Tuscan estate at La Foce, which she purchased with her husband in the 1920s. During World War II, she sheltered refugee children and assisted many escaped Allied prisoners of war and partisans in defiance of Italy’s Fascist regime and Nazi occupation forces. NYRB Classics publishes Origo’s A Chill in the Air: An Italian War Diary, 1939–1940, War in Val d’Orcia: An Italian War Diary, 1943–1944, and Images and Shadows: Part of a Life.

Everything You Ever Wanted to Know About Norwegian Literature (Almost) 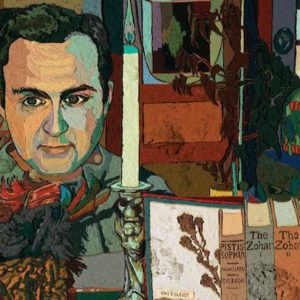 Jess and Robert Duncan pursued separate artistic paths—the former as a visual artist, the latter as a poet, though each...
© LitHub
Back to top
Loading Comments...