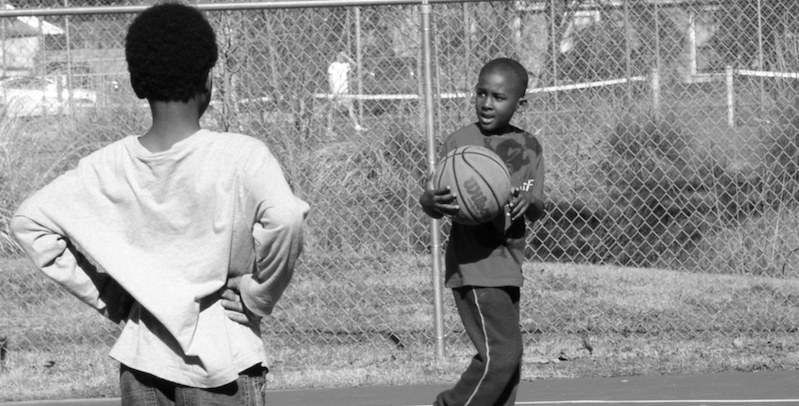 Finding a Way to Understand the World on a Basketball Court

Reginald Dwayne Betts on That Most Democratic of Sports

My friends and I gathered on any basketball court as if called, and for hours each day we ran, up and down, teaching ourselves civilization. It sounds cliché now, to think that between two hoops we invented a way to understand the world, or at least a way to understand ourselves in the world. But we did. There is something mathematical in the game, not just in the mechanics of launching a ball through a hoop or executing a crossover dribble, but what drew me there was the way our bodies became pure energy, intuitively feeling every movement that happens across the court’s 94 feet.

This is all a way of saying that in the second grade I fell in love with a sport that broke me again and again, unfailingly. It also made me a believer: everything in my life could change once I said, Check ball.

On the asphalt court we gave ourselves allowances that would not exist later, once our age and skill level shifted to mean the hoop could no longer be the center of our existence. But we were youngins. We went to William Beanes Elementary, named after the guy who didn’t pen the Star Spangled Banner but was its catalyst. Dr. William Beanes had been a respected physician in Upper Marlboro, a place where my family lives now but had they lived then would have been slaves.

History says that during the War of 1812, Dr. Beanes was captured by British soldiers and held on the HMS Tonnant. Francis Scott Key, the poet-lawyer who eventually wrote the Star Spangled Banner, went to the British ship on a mission to gain Dr. Beanes’ freedom. Had they taught us history in elementary school, they would have told us that our namesake was important enough to have President James Madison approve a mission to get his release.

Their plan was simple, take letters from British soldiers describing how well Dr. Beanes treated them while in his custody. The letters worked. Beanes was released, and while making their way back home, the group witnessed the British attack on Baltimore from a ship near Fort McHenry. Key’s poem describes the attack and was set to the tune of “To Anacreon in Heaven,” a popular drinking song, no doubt because lawyers then as now favored strong drink.

Back then, we taught ourselves what it meant to be clutch, what it meant to falter and then call, “Next”—because in the parlance of hoops, things are never over. Not from play to play or game to game. We were out there alone, on our own to teach ourselves—and there is, now, barely a memory of how we got the rules. Maybe it came to us whole cloth—the double dribbles, the travel, the idea of a bounce pass and backdoor cut.

It started early, in second grade. My teacher, the only teacher I have ever had whose name I do not remember, forced us to go to the school library once a week. Our school library was bigger than every room in the building, except the gym and the cafeteria. At the front was a pedestal larger than me holding a book larger than me. An unabridged dictionary. I thought that unabridged meant without bridge, as in a book lacking a way to bring you back to reality. And the book was so big it made sense—its heft and weight an impossibility suggesting it did contain all the words. I flipped through that book purely to discover what I could not pronounce.

The only other thing in the library with that kind of pull on me was a set of sports encyclopedias, volumes that sorted out athletes by last name and introduced me to the decades of ball before I was born. This was the year that recess belonged to basketball. Our playground had two full courts, chains for nets, and no three-point line. The asphalt was as cracked as the future many of us would confront. But the future was so far off then. And those encyclopedias were gold, and right there in the now, and inside their pages Earl the Pearl was waiting for me.

Earl Monroe had nicknames that augured the unfathomable: the pearl, black magic, Black Jesus. He dropped 56 points in a game as a rookie. Some nameless writer, plugging entries into an encyclopedia, for the one brief entry I first read, seemed to take extreme joy in describing Monroe’s spins and jerks. One move, a lay up in which the ball was shown to the defender, then brought down to the knee, as if to be kissed, then brought back up only to bounce from backboard to basket was described so well that I walked onto the court the next day with that secret.

We took refuge in what awed: the beauty of a bounce pass to a cutting teammate, a jump shot making the chains echo a howling harmonica.

It became my move. My version of the Pearl meant I got picked first or second for the rest of the year. It didn’t matter that most of us couldn’t get the ball to the rim consistently. We were becoming something, and I had unwittingly discovered the way books can gift you a physical language to show the world.

Before we could really play, we all learned how to dream, and we reinvented ourselves each day. We worked hard at a single move or skill, until we had it down, and it became the thing we were known for. Caleb, smaller than the rest of us, learned the scoop shot before it had a name. Jamario heaved jump shots from the outer limits of our imagination. And from those encyclopedias, I had learned to move with what I thought was the grace of Earl the Pearl Monroe.

Each one of us added a little to the chaos that was our bodies flying and leaping over 94 or so feet of blacktop, and we kept showing up and coming back until what we brought onto the court became order. I remember Boogie, and the kid he played with all the time, the two of them like brothers, brought the pick-and-roll to the blacktop as if it was their invention. And I remember Blue-Eyed Clarence, named for how the color of his eyes seemed odd against the blue-black of his skin, a reminder to us all: mystery is a muhfucka.

Clarence and I once got into a fight on the court. To tell the truth, I was unafraid when all I had to do was find a way to get to the basket or make a steal, but when I had to drop the ball and throw my fists instead of a bounce pass, I was terrified. I had fouled Blue-Eyes too hard, and he swung a punch my memory says I weaved. What I know for certain is we kept playing. We always kept playing. The game, even then, was already too important to be broken up by a fight.

All of this happened before I turned 12. Before our bodies could create the funk of puberty. We were boys out there, waiting to be declared worthy. That was my first understanding of what it meant to be free—to recklessly throw yourself into the possibility of becoming a person who mattered, even if just for a play. The order we made out of basketball lasted, and soon the hours on the court began to carry more meaning than the rattling of the chains after a made jump shot.

It was Prince George’s County, not a Mecca of any sport. But there was asphalt and we were always there. We hooped on courts or on crates suspended from staircases, wherever. It was just us with a basketball and the street and a game of who could cross up who.

To be good, to be really good, you had to be able to tell the person guarding you what move you were going to make on them—and then you had to do it, which is to say, on the court is where I learned the virtue of honesty. Whether hardwood or blacktop, there were no lies that could last longer than it took to crossover and take two steps to the waiting basket.

The blacktop was a kind of democracy: territory that belonged to us. There were no parents, no teachers, no older boys dictating the lessons we learned. We took refuge in what awed: the beauty of a bounce pass to a cutting teammate, a jump shot making the chains echo a howling harmonica.

For a time, I ran from the truth of it all—most of who I am came from what it meant to successfully bounce a ball between my legs while running full speed on a fast break and then toss a behind the back pass to a teammate streaking to the rim. We were always out there, learning, alone but together, not always perfection but always beauty.

Maybe the whole point of us being out there was to be able to say that we were out there. And to have someone else to say it to: each other. Out there was a place that mattered. From the perspective of back then, if our futures held some awaiting calamity—and they did hold those calamities—someone might have thought to write about those jump shots we rained from our fingertips. Since they didn’t write them down, we do the next best thing, we remember for one another, that we rained those jumpers down, and still do. 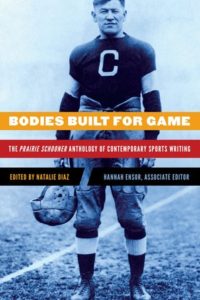 Reginald Dwayne Betts is the author of Bastards of the Reagan Era (Four Way Books, 2015) He is a graduate of the Yale Law School and is currently an Emerson Fellow at New America. He lives in New Haven, Connecticut.

The Little-Known 'Slow Fire' That’s Destroying All Our Books

Tim O'Brien: Where is Our Allegiance to the “Toneless Dead”? 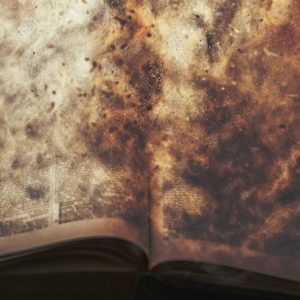 The Little-Known 'Slow Fire' That’s Destroying All Our Books

How to fix a book: first, gather your tools. The bone folder that feels familiar in your hand, the knitting needles still...
© LitHub
Back to top
Loading Comments...