TODAY: In 1342, Julian of Norwich is born. She who wrote down her visions during an illness, which later became the Revelations of Divine Love, the earliest surviving book in the English language to be written by a woman.

Here are the 20 best works of nonfiction of the decade • Booker Prize-winner Bernardine Evaristo discusses the illusion of writers’ block • Rebecca Solnit on the unfounded self-importance (and self-pity!) of the richest of the rich • Timothy Denevi on the White House lawn,

listening to Donald Trump mess up baseball cliches • Lindy West on breaking the silence around abortion • On stillness as a form of dissent, from Vietnam die-ins to Black Lives Matter to the occupying of public parks • Rock, pop, and the development of avant-garde music after World War II • Sherrod Brown traces the unlikely history of Desk 88, the locus for generations of American progressivism • Nancy Pelosi on looking to Eleanor Roosevelt for hope • Alan Moore on William Blake and the supernatural poetry of place • Nathan Scott McNamara on homesickness and displacement in the millennial memoir • Clémentine Goldszal navigates France’s fall publishing frenzy, aka “Oscar season for books” • Sarah Rose Cavanagh on how ghost stories spread in the era of social media • Connor Harrison on lessons from hauling his library across an ocean • Heather Christle’s patchwork approach to piecing together her book • In Trump Nation, a dress rehearsal for a civil war: Larry Siems revisits America, October 2016 • On Frank Lloyd Wright, Ernest Hemingway, and the “art of omission” • Mariana Enriquez, in praise of Silvina Ocampo • Mo Rocca on the struggle to depathologize homosexuality • Rosalie Knecht and Idra Novey discuss translation, writing tension, and literary “retrenchment” • What was it like to bake the royal wedding cake? • David Ulin on death, sci-fi, and scenes from La Jetée • Nine great novels of revelation and… research • Emma Sloley and Emily Raboteau in conversation about climate change • Anne Nelson pulls back the curtain on the 2018 midterms • Curtis White on the radically compassionate films of Ai Weiwei and Agnès Varda • Exotic pets, wild blood, and the search for human-animal connection at a reptile show • Lessons from pretending to be a pretentious lit bro for 5 years • Andy Serkis and the doubleness of the movie star • Liesl Schillinger on the eery similarities between the Impeachment of Donald Trump and the Indictment of George III • What does “NSFW” mean in the age of social media? • Remembering Stephen Dixon, two-time National Book Award finalist, who died Wednesday • Inside the early struggles of the women who built Disney • On Harriet Tubman’s final escape mission • On the work of anti-Nazi writer Hans Fallada, and the illusion of the apolitical • The impassioned world of Anaïs Nin’s diaries

A conversation between spy novelists Joseph Kanon and Paul Vidich • Lisa Jewell looks at the literature of big houses with even bigger secrets • Legendary author and director Nicholas Meyer has published his first Holmes novel in 26 years and boy, is it relevant • Billy Bob Thornton and Noah Hawley on the making of Fargo • Hank Phillippi Ryan on the salacious crimes which inspired one of the earliest legal thrillers • Chad Zunker recommends six legal thrillers with heroes you can root for • Zach Vasquez on the most cathartic moments in the cinema of violence • All the true crime books you need to read this November • Paul French takes us on a global tour of true crime podcasts • Tori Eldridge on writing about ninjas without sacrificing truth and heart

How to Spend a Literary Long Weekend in Philadelphia 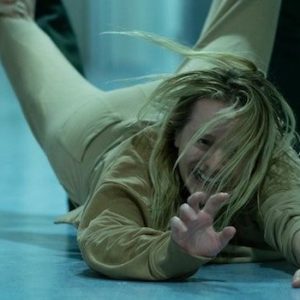