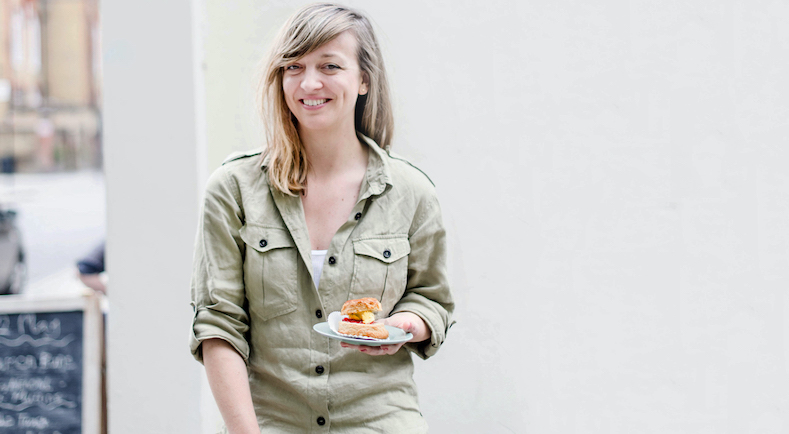 What Was It Like to Bake the Royal Wedding Cake?

You should know Claire Ptak’s name because she’s a gifted pastry chef whose London shop Violet Cakes showcases some of the world’s most ethereal natural flavors in their bespoke creations, including their eponymous violets in a cream. But you probably know Ptak’s name because she made That Cake, for The Wedding, the one involving everyone’s favorite ginger, Prince Harry, and his American spouse, Meghan Markle.

A word or three about LEON, which combines the choice of Prêt-à-Manger with the clean eating of Le Pain Quotidien and the sheer fun of a McDonald’s Happy Meal. Seriously! (The only LEON is the United States, currently, is in Washington, DC, so I have sampled its wares.) LEON offerings include cheeky nods to British “caff” favorites—sausages, crushed peas, curries—alongside Mediterranean salads and shawarmas, as well as inventive sandwiches like truffled Portobello and halloumi. With over a dozen cookbooks on the LEON shelf, “Happy Baking” updates an earlier “Baking & Puddings” title, which already included (as do all LEON restaurants and cookbooks) vegan, vegetarian, and gluten-free options.

A little more on Ptak herself, who was born in California and baked her first wedding cake for a friend when she was just 17: After attending Mills College and serving a stint as a pastry chef at Chez Panisse, she moved to London and worked as a food stylist (think Ottolenghi, Lawson, Oliver). She writes a food column for The Guardian and has published five cookbooks. The success of her baked goods at a stall in East London’s Broadway Market led to her purchasing a building in Hackney to open Violet Cakes. The bakery and café remain there—as Ptak remains in London, with her husband and their daughter. Ptak responded to email questions.

Bethanne Patrick: What set you on the road to pastrymaking/baking?

Claire Ptak: Truthfully I think it was because I was always a greedy and hungry kid. I remember wanting to eat chocolate cookies everyday so I had to find a way to make that happen. I grew up in a family that always baked and I loved it from the beginning. Later I went and studied film and worked in the industry for a year but I was always drawn back to the kitchen. When I went to Chez Panisse for an internship, I realized that working in a kitchen could look different to what I had previously envisioned.  Working in a kitchen could be artful and the process could be enjoyable as well as the end result. That was 17 years ago and here I am now, opening another site in the coming year.

BP: I have to ask about “the cake,” of course, but I’d like to be specific: How many elderflowers were gathered from Sandringham to make the filling/syrup?

CP: I don’t remember exactly how many bottles we used but they very generously supplied us with as many as we needed. Every year at Sandringham, they collect elderflower to make their own cordial and they were kind enough to hand deliver it to us to use for the cake. It was enough to soak the cakes and flavor the Swiss meringue icing—we made enough cake to feed 650 guests. Everything that was left over was donated to charity.

BP: The Leon cookbook series is so vibrant. How would you describe it? Also, there was a Baking title a few years back; what’s the difference between that one and Happy Baking?

CP: Happy Baking is a second addition with a few more recipes and some great new photos. There’s a great vegan chocolate cake with chocolate coconut icing, it’s good for children’s parties as it’s free from refined sugar but still super delicious. The sour cherry pie is also one of my favorite summertime recipes that I return to every year.

BP: What are the most important—or most specific—items for a baker’s pantry?

CP: Good vanilla is so important for us at Violet. We make our own by steeping the pods in alcohol and then use the vanilla extract for icings, syrups, and glazes and in our batters. It’s also important that your dry ingredients are just as fresh as your fruit and dairy. We get through kilos of cinnamon, cardamom, cloves, and star anise at the bakery. Another thing is citrus; we use all sorts throughout the year and candy it for Christmas time.

BP:: What’s the one pastry or cake you’ve learned to make in England that Americans should know about?

CP: Not a pastry but a traditional Victoria sponge cake—there’s nothing better! It’s always been a favorite among Violet customers; we use a tart raspberry or seasonal jam from our supplier England Preserves and unsweetened freshly whipped cream. We do mini versions on the weekend, which always fly out the door.

BP: You eat quite healthily (even your pasta is often spelt!), but your products are, shall we say, sinful. Do you think that’s a paradox?

CP: I believe in everything in moderation. I eat whole food and often bake whole food using unrefined sugars and ancient grains. There are several vegan, gluten free and refined sugar free products that are in our case everyday like the oat and agave cookie or date dream cake.

BP: What do you love about writing/developing cookbooks? What do you find challenging about the process?

CP: I am really bad at sitting at a desk; I have a very short attention span. I think above everything else, gratitude drives me, I’m so grateful to be able to do what I do. Also, the thought of the end body of work gets me through the sometimes-challenging process of developing the book.

BP: Has cooking for your family changed your food style/outlook?

CP: Truthfully, I find it much harder to cook as much as I used to. Having a young daughter and running a business definitely make me take advantage of the accessibility of food in London. 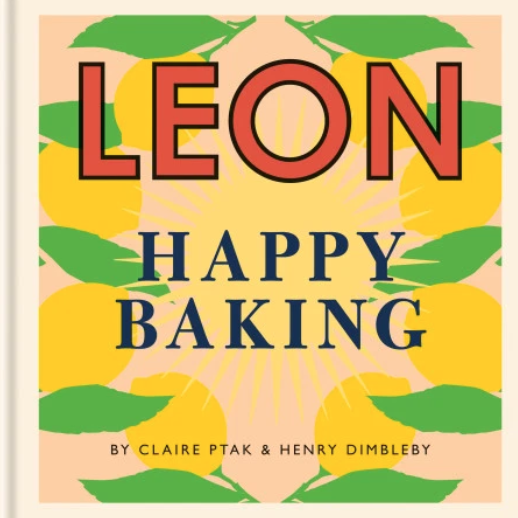 Mimi Lok on Writing in (and For) the Margins 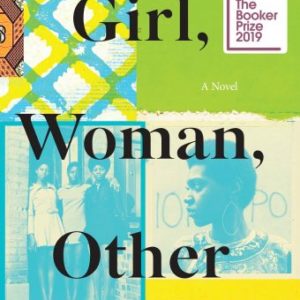 By the grace of God Bummi and Augustine migrated to Britain where he again could not find work befitting his qualifications he...
© LitHub
Back to top
Loading Comments...