On Frank Lloyd Wright, Ernest Hemingway, and the Art of Omission

What Does the “Iceberg Theory” Look Like Applied to Architecture?

No single piece of Wright architecture moves me more. I haven’t seen all of his extant buildings, but I’ve seen plenty. Long before I started this book, well before I started the last, which was about Ernest Hemingway, I was going to Unity Temple whenever I could, to sit in one of its old smooth wooden pews, with all its light and silence and seeming saving grace pouring down.

Going to Unity, during the years of the work on Hemingway, so I believe, helped me to begin to understand things about him I wouldn’t have otherwise remotely understood. Similarly, sitting these days in Unity (no less than standing now and again at a stone on the South Side of Chicago) has helped me to find, or re-find, the person who I think Frank Lloyd Wright truly was.

I submit that there is a strange and beautiful convergence between the art of Hemingway in general and the art of Unity Temple in particular, and that the convergence meets at the simple-seeming word “space.” “Space” is the word Wright himself used at various times in his life to try to explain what he had accomplished with Unity. Seven years before he died, he said of Unity: “[T]here is where you will find the first real expression of the idea that the space within the building is the reality of that building.”

What did he mean, exactly? That space itself, air itself, invisibility itself, not borders, not walls, not pulpits, not altars, not cloisters, not pews, not organ pipes, but something you couldn’t actually see was what he aimed to make people see—and to feel? His “little jewel box,” he called Unity. As for Hemingway, it’s easy to think of early little three-and four-page jewel-box stories, or even fragments of stories, inter-stories, inter-chapters, where the white space on the page seems almost equal to the print on the page.

Wright once said of his work on Unity that it “looks easy enough now, for it is right enough,” words that might also have been said by a kind of autodidact, shed of Oak Park, living impecuniously in Paris in the mid-1920s with his wife and baby boy above the now-so-mythic whine of the sawmill

at 113 rue Notre-Dame des Champs and trying to do something he didn’t fully understand. It was essentially about elimination. It was a notion of a new kind of writing in which you purposely leave things out, create white space on the page.

The art of omission, of trying to make the reader feel more than he necessarily understands. His “iceberg theory,” he later called it, noting that the “dignity of movement” of an iceberg owes to the fact that only one-eighth of it is above water. In the fall of 1905, when a full-fledged genius named Frank Lloyd Wright began working on what would become Unity Temple (it would take him thirty-four studies and more than three years of elimination to get it all down right), a sturdy little incipient genius named Ernest Hemingway was in short pants and in first grade at Oliver Wendell Holmes School catty-corner across Chicago Avenue from the architect’s home studio. He probably seemed unremarkable, except maybe for that disconcerting grin, parts of it aggressive, parts warming.

So a try, however inadequate, at saying a little of what Unity is. He conceived it as a cube. It’s a kind of cubed cube. In a way, it’s as if seven-eighths of it cannot be seen, floats beneath the surface. Regarding the metaphor of water: It’s possible to feel almost a sense of weightlessness when for the first time you enter the central space, or sanctuary, with

Unity Temple, Oak Park, Illinois its two levels of balconies that enclose three sides of the room. The room, in its pale-yellow and pale-green and yellow-gray color schemes, draws you up and up, right to the clerestory windows and the stained-glass skylights, which wash and cone the room in amber.

It’s as if all the details of the architect’s design have been left out, all the interior structure deliberately destroyed, so that the only thing remaining to experience, if not understand, is this vaulting and intimate and light-filled room itself, so full of space. The great and late Yale critic Vincent Scully, already referenced, once said: “It’s not a big building, but I think it’s the biggest space in America.”

Neil Levine has spoken of the perfect square of Unity’s main room as a “raised platform.” A platform with the sensation of floating. You’re “on this raised plane with space dropping away from you on every side.” Levine has also written that it is as if the room is somehow “free of material constraints.” Yes, water; yes, the seeming weightlessness.

I have been in acoustically magical Unity, on the second tiered level from the main floor, high up, close to the ceiling, when two-year-olds on their mothers’ bosoms were hacking all around me—and it was as if the minister was still whispering in my ear. What was the theme of the homily on that particular Sunday? Wasn’t it about humility, and didn’t the minister talk about “giving life to the shape of justice”?

The room, in its pale-yellow and pale-green and yellow-gray color schemes, draws you up and up, right to the clerestory windows and the stained-glass skylights.

The temple seats roughly 400 worshippers, and yet no seat is more than 45 feet from the pulpit. How is that possible?

I have been in Unity with a retired Chicago architect named Jack Lesniak. He had a long, good career, mostly in architectural administration. He is a humble man. He has served on early preservation and restoration committees for Unity. It was a winter day. Just the two of us. He wore an old tam, like something a cabbie might have worn in Al Capone’s Chicago. He removed it when we entered. He kept wringing it in his hands, like a man trying to squeeze water from a chamois cloth.

“I’m an architect and yet I have a terrible time trying to understand what he did here,” Lesniak said. “It keeps changing in spatial dimension. The planes on the wall become almost like folded paper. He does it with the color, with the trim, with the banding. The wood is folding across the corners. At night, the building glows from the outside. Think about when this was built. This is the beginning of the century. This is a spaceship. Nobody has ever seen anything like this.”

From its tight lot, and taking up nearly every foot of that lot, Unity looks on its exterior like a fortress—a cubic and forbidding-seeming monolith of stone gray, something the Mayans must have left behind. (In some real sense, the Larkin Building is Unity’s St. John the Baptist.) It was as if the architect was bent on breaking apart all the conventions of American religious architecture. Wright used poured concrete: Portland cement and crushed red granite set into forms erected on site.

He did it to save money, but he grew to love the look and texture of it. He used pea gravel or crushed stone aggregate to give the surface a pebbly feel. Unity is one of the first examples of the use of reinforced concrete on a large scale in America. The building committee’s contracted budget, once construction began, in May 1906, not counting the cost of the lot, was for $32,000—and by the time the work was mostly done, toward the back of 1908, he’d run it over by almost twice that. He’d run them fairly over—and to distraction. But they were grateful—in the main.

In a letter of March 4th, 1906, Charles White, working in the runner-over’s office, said: “The chief thing at Wright’s is of course Unity Church, the sketches of which are at last accepted, after endless fighting. We have all pleaded and argued with the committee, until we are well nigh worn out. All hands are working on the working drawings.”

To get fully inside Unity, from the sidewalk out on Lake Street, which is still Oak Park’s main east–west thoroughfare, you have to make at least six right-angle turns. When Unity went up, there were clanging streetcar tracks out on Lake and two railroad lines behind. Lesniak and I began making the turns together from car-honking Lake. “It’s a way to get you to be one with the building,” he said. “I think Wright said something to the effect that each turn was a chance to change your mind, transform your consciousness from walking down the loud, dirty street to coming inside the peace of the sanctuary.”

You enter on the side. First, you pass through a low-ceilinged entrance hall. On the right is a meeting-cum-social-space called Unity House—its own part of the complex. The place of worship is on the left. You turn instinctively in that direction, but it turns out that the only way you can get there, from either side of the sanctuary, is to descend some stairs and go along darkened corridors parallel to the sanctuary.

Wright named the corridors “cloisters.” From these below-the-ground passageways you can see the slats of light burning up above, but it isn’t until you make another 90-degree turn and ascend one of the small stairways and enter the chamber itself that you get to experience the full explosion of light. In a way, it’s like emerging from the tunnels of an old ballpark and feeling overwhelmed by the sight of the perfect napkin of clipped sunlit green before you. Only it’s as if the “diamond” has somehow been suspended in air.

All of the boggling geometries and interconnecting forms of the room are there, but they will have striven in on you only viscerally: from the darkness to the light.

Earlier, there was mention of a fellow Wright Prairie School architect, George Elmslie, and of how, after An Autobiography appeared, he wrote a long letter to Wright to both congratulate him and to chastise him on his ego and prevarications. He said, “[I]t may amuse you to have recalled to your mind a comment you made to me, long ago, in connection with Unity Church in Oak Park. I made some general comment about the use to which the building was to be put, and your reply was, ‘I don’t give a damn what the use of it is; I wanted to build a building like that.’” 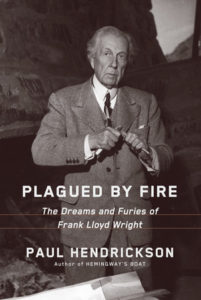 Excerpted from Plagued By Fire: The Dreams and Furies of Frank Lloyd Wright by Paul Hendrickson. Copyright © 2019 by Paul Hendrickson. Published by arrangement with Alfred A. Knopf, an imprint of The Knopf Doubleday Publishing Group, a division of Penguin Random House LLC.

Paul Hendrickson, a former staff writer at The Washington Post, teaches nonfiction writing at the University of Pennsylvania. He is the author of seven books. His Sons of Mississippi won the 2003 National Books Critics Circle Award. He is working on a book about his father and World War II.

What Comes Before Woke? On the History of Sleep as a Form of Protest 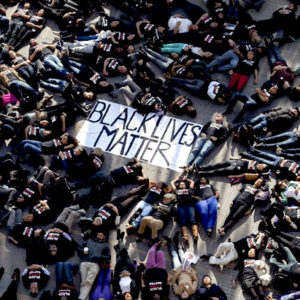 What Comes Before Woke? On the History of Sleep as a Form of Protest

Long before "woke" came to signify a new generation of awareness and activism, the language of sleep, dreams, and awakening...
© LitHub
Back to top
Loading Comments...