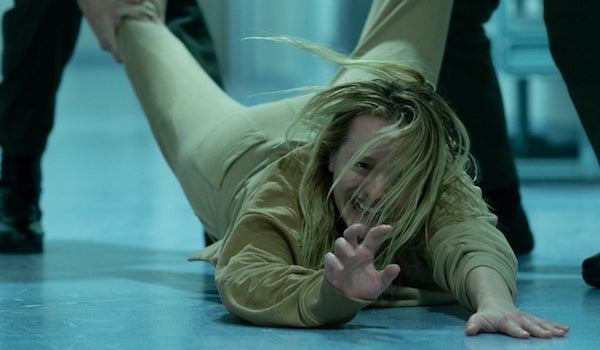 Initially planned as a Jonny Depp vehicle (the optics of which, as you’ll see below, would have been truly awful), the Invisible Man project was shelved in 2017 when Universal’s attempt to create a Marvel-esque shared cinematic universe for its stable of classic monsters stumbled at the first hurdle (you were too beautiful for this world, Tom Cruise’s The Mummy).

Then, at the beginning of this year, Blumhouse (the go-to company for socially-conscious horror) joined the project as a co-production company, superstar of psychological spookiness Elizabeth Moss came on board as the lead, and just like that H. G. Wells’ terrifying vision was reborn anew.

What makes this version different from the dozens of other Invisible Man adaptations that have come before, you ask? Well, based on the trailer, the focus will be on Elizabeth Moss’s Cecelia Kass, whose violently abusive ex-boyfriend stages a suicide, only to return, sans-visibility, to terrorize her into a state of apparent insanity.