Ok Billionaire: Why Do the Opinions of 600 Americans Get So Much Airtime?

Rebecca Solnit on the Self-Importance (and Self-Pity!) of the Very Rich

It must be springtime—or summer, autumn, or winter—because the voice of the billionaire has been heard in the land, and the voice of the billionaire is weepy with self-pity that if the nice lady with plans wins, he might be a slightly smaller billionaire and that some in the world’s wealthiest nation think a little redistribution would mean that, say, thirteen million children don’t have to go hungry anymore. Just for the record the number of billionaires in the USA is about 600; they are a very, very tiny special interest group.

Think of being a billionaire as a rare disease, though far less rare than it was a few decades ago—except that it’s a disease that’s self-inflicted, deserves no sympathy, and is easily cured by dispersal of the huge bolus of money choking their empathic awareness. Unlike people with medical conditions, too, their illness is ours, because it warps the very fiber of our republic with its outsize impact on politics—see, for example, Charles and David Koch, Peter Thiel—and newspapers right now are giving them a forum they don’t need or deserve, and by so doing making their wishes and whims seem like important and relevant things.

Often they are framed as the constituency to be listened to when contemplating the economic future of this country, even though they are guaranteed to be fine no matter what, while perhaps a hundred million of their fellow citizens live lives of quiet financial desperation. That’s thanks in no small part to the rarely acknowledged rearrangement of the US economy over the past 40 years to create massive debt and poverty for the many and extreme wealth for the few.

One hundred million is larger than six hundred, but you wouldn’t know it by who we hear from. About 25 times as many people live on the Standing Rock Reservation than are billionaires in the USA, and yet our mainstream publications have not felt compelled to run every possible candidate and consequence by the 15,000-plus members of this native community for approval. (It would be so much more interesting if they did.) Meanwhile, “Fully 60 percent of millionaires support Warren’s plan for taxing the wealth of those who have more than $50 million in assets, according to the CNBC Millionaire survey,” but mainstream media outlets have chosen to amplify the voices of those who don’t.

The voice of the billionaire and the white male pundit have been heard, and of an entire army of conservatives who urgently believe that Democrats need to heed their voice (there is not really an equivalent of liberals or leftists who think Republicans need to follow their electoral strategy, because this demographic is apparently not high on its own fumes). It often seems as though the Democratic and Republican parties are unconsciously perceived as the wife and husband in a very, very traditional marriage, since the former is supposed to defer to and please the latter, and the latter is free to run roughshod over the former. To love, cherish, and above all obey. This might be why for the first two years of Trump, the New York Times, like a helicopter parent, was forever running over to see how Trump voters were feeling since last time they checked, without comparable coverage of how other constituencies were feeling. This asymmetry is amplified by their columnists.

New York Times professional hand-wringers David Brooks and Ross Douthat are among the conservative white men who would like to be Democratic election strategists, and also there is a fox that would like to lovingly tend every bird in your henhouse, and a box of mud with some cleaning tips for you. These conservatives giving free advice to their enemies are generally saying that Democrats should run someone Republicans like, even though Republicans are probably going to [plot disclosure] vote for Republicans. The position is ridiculous, but these men believe devoutly in their own gravitas, as does the Times’s Bret Stephens, who publicly fretted that, “Those with plans for everything prove only that they can’t be trusted to plan for anything,” and went on about how untrustworthy Elizabeth Warren is for telling us what she’ll do.

A lot of people do not like men who are running for president, but we do not hear about the likability or lack of likability of them in the same way.

Stephens included this wisdom about her promise to ban fracking on federal lands: “You don’t have to think that fracking is an unalloyed blessing—much less deny that tough safety standards are necessary—to acknowledge its benefits.” Like local pollution and global destruction, that a few might be employed and the wealthiest men and corporations on earth might squeeze a little more money out of the earth by poisoning it, except that even his own former employer, the Wall Street Journal, has reported that fracking was always a bubble and it’s popping. “Frackers Scrounge for Cash as Wall Street Closes Doors” was a June headline, while Bloomberg News noted in August, “Shares of shale producers have taken a beating in recent months as investors grow increasingly impatient with the sector’s track record of burning cash without producing enough returns.” But Stephens chose to link, instead, to a piece at the National Review, written by someone who, speaking of billionaires, works for a Montana think tank partially funded by the Koch Brothers, who made their billions on climate destruction. Who do you listen to?

The New York Times, in its eternal oscillation between reporting the news and noxious poppycock, ran a few good pieces, earlier this year, by women, of course, about what a totally misogynist bullshit word is “likability.” But the newspaper that in January ran a piece by a woman headlined “Is ‘Likability’ in Politics Sexist? Yes. It’s Also Outdated” ran a piece this week by a man declaring, “The poll supports concerns among some Democrats that her ideology and gender—including the fraught question of likability—could hobble her candidacy among a crucial sliver of the electorate.”*  New York Times, please fucking read the New York Times. Also, is a crucial sliver shaped like a penis? Or is this an analysis based on the idea that Democrats win by kissing up to the wobbly middle rather than by energizing the radical edge? Or by placating, speaking of husbands, the people who hate human rights, feminism, reproductive rights, economic justice, and environmental protection, by abandoning all the ideals that matter to recruit the enemy?

The piece about Warren’s likability ran the same day in the same newspaper as this headline, “The Warren Way Is the Wrong Way” by Stephen Rattner, who Wikipedia tells me  is “chairman and chief executive officer of Willett Advisors LLC, the private investment group that manages billionaire former New York mayor Michael Bloomberg‘s personal and philanthropic assets.” Rattner says of the elite panic we’re seeing everywhere as Warren advances, “She would turn America’s uniquely successful public-private relationship into a dirigiste, European-style system. If you want to live in France (economically), Elizabeth Warren should be your candidate,” and yes I would like to live in France at least in terms of healthcare and trains and college costs, and if our public-private relationship is uniquely successful in any definition that includes Standing Rock and those thirteen million hungry children, then I am the Queen of Sheba.

That likability thing: quite a lot of people do not like men who are running for president, but we do not hear about the likability or lack of likability of them in the same way. A whole army of women might be furious about Joe Biden’s habitual patronization of women—notably young women asking him about climate change recently, Elizabeth Warren testifying on bankruptcy in 2005 and in the recent debate—but apparently this does not raise the question of his likability to the men who do not seem to know that what they mean by likability is that they cannot tell the difference between me and all of us, and they do not like women who want to be president, especially women who might succeed.

“Among the public overall, 38 percent describe themselves as independents,” reports Pew Research Center, “while 31 percent are Democrats and 26 percent call themselves Republicans, according to Pew Research Center surveys conducted in 2018. An overwhelming majority of independents (81 percent) continue to “lean” toward either the Republican Party or the Democratic Party. Among the public overall, 17 percent are Democratic-leaning independents, while 13 percent lean toward the Republican Party.” The math says that is 47 percent on the blue side to 39 percent on the red side, which suggests that the next election will depend on turnout of those who already like a progressive platform, not dilution of that platform or abandonment of it for the sake of those who don’t. Perhaps these pundits are advocating for the elections they wish we were having or we used to have, rather than the one we will have next year, with millions more young people and people of color registered to vote and a lot of old conservative white people laid to their eternal rest (Republican voters are almost all white and skew old too; the party has designed its own extinction.)

I crunched the easily crunched numbers last spring and found out that about 11 percent of Democratic voters in the 2016 presidential election were white men. This told me something really important: that in this context white men are a fairly small minority by gender and by race, even under the extraordinary corrupt conditions of that election that held back huge numbers of people of color from full and fair access to the ballot. If and when we have free and fair elections, even leaving out the coming nonwhite majority, the Republican Party will wither away outside its red pockets and the Democratic Party will be accountable to a far more progressive constituency.

If we had editorials that reflected demographics, maybe we wouldn’t have this avalanche of white guys telling us what to think. But too many publications right now are committed to amplifying minority voices to seem like majority voices and vice-versa. Thus we hear disproportionately from billionaires and conservative white men who believe that we should all want what they want and they should decide. That’s a problem.

(*To be fair, the New York Times is not the only offender, just the consistently most offensive one. The Washington Post ran this headline on November 4 over a column by yet another white male conservative seeking to steer the Democratic nomination: “Warren’s climb in the polls should horrify Democrats.” The fun incestuous thing about it is that it was responding to the same outlier New York Times poll that said Warren would lose against Trump, the one the pundit going through other polls show her winning a resounding victory, and polls a year out are not very reliable. Her rise in the polls is, by the way, because a lot of Democrats are the opposite of horrified.) 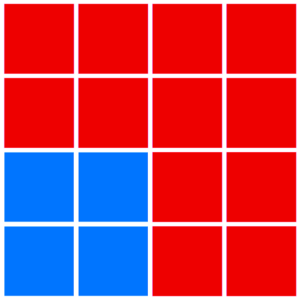 Trump Nation: Dress Rehearsal
for a Civil War This was a front page of USA Today about three years ago: That lead story lives online under a different headline,...
© LitHub
Back to top