How Ghost Stories Spread in the Era of Social Media

My father was a deeply involved parent. Some of my favorite childhood memories are of him piling me and my brothers into the car and taking us on all of his errands, entertaining us along the way with songs and stories.

One of his darker stories told of a man named Three-Fingered Willy. It went like this: once upon a time, Willy lost several of his fingers to particularly cruel bullies. Ever since he prowls local woods for unsuspecting children upon whom he can enact his revenge. He often targets scouts on camping trips or teens at make-out spots, scraping his remaining three fingers along tent flaps and car roofs before beginning his vicious attack.

My father would usually wait to unspool this particular yarn till we were driving at night through woodsy areas—I’d peer out at the steep, frosty pine trees and the inky blackness between them and bite my lip, enthralled and horrified in equal measure.

These menacing tales are as old as culture, ghost stories whispered around crackling campfires and swapped on playgrounds. The details shift with each retelling and twist to reflect the contemporary concerns of the age, but the basic structure remains the same. Most involve a second- or third-hand account of a tale with a moralistic underpinning and warnings about contemporary societal trends.

Children are more likely to believe literal ghost stories than adults, but adults spread their own tales of things that go bump in the night—metaphorically, if not literally. For instance, the one about the woman driving long miles at night who pulls away from a gas station with an ominous figure in her backseat. Or the one about villains sliding razor blades into Halloween candy, a tale which makes the rounds every year as predictably as our wee trick-or-treaters begin to prepare their costumes. We’ve all heard these stories, as they happened to a friend of a friend, or someone who heard it from someone who surely heard it on the nightly news.

Revolutions in digital technology have created a new space over which these fables can propagate, and new potential for reach. Contemporary ghost stories can go viral, crescendo into panics. Consider two recent examples of mere wisps of truth, spun into terror through online virality.

In the first, rumors spread that teenagers in online chat rooms were being lured into an online game called “Blue Whale,” which involved a series of 50 daily challenges. These dares began innocently enough but grew in danger with each day, ending with the player commanded to take his or her own life. Allegedly, Blue Whale was sweeping the middle schools and high schools around the world, preying on vulnerable and lonely teens who sought community in online forums. But upon further investigation, there was little to no evidence that anyone was actually participating.

Revolutions in digital technology have created a new space over which scary fables can propagate, and new potential for reach. Contemporary ghost stories can go viral, crescendo into panics.

The “Momo” challenge was another case of phantasmal truth reaching viral proportions. Momo is an actual doll-like figure created by a Japanese special effects company, a terrifying image with stringy hair, gigantic eyes in a long face, pendulous breasts, and feet that end in chicken-like claws. Similar to the Blue Whale story, Momo appeared online and purportedly commanded children to a series of antisocial or harmful challenges that ended in suicide. Worse, your child didn’t need to seek out an online forum, for Momo reportedly appeared in the middle of otherwise innocuous kids’ videos on sites like YouTube. So you might load up an Elmo video for your preschooler and turn away to do some dishes and all of a sudden Momo would be on the screen with instructions for your tot on how they should hurt other people, how they should hurt themselves. You would never know which seconds of your child’s iPad time were filled with cartoonish innocence and which were filled with Momo’s yawning face and sinister suggestions.

So quickly did Momo spread and so credulously did people accept her existence that elementary school principals and the nightly news issued warnings to their constituents. These usually-trustworthy sources drove up the panic before tech and psych experts started weighing in with evidence that Momo was not actually embedded in anything.

Both older, campfire and newer, digitized ghost stories are fascinating for what they tell us about our greatest fears. The Momo challenge, for instance, likely elicited such an immediate viral response because any parent in the current age feels a mystified lack of control over digital technologies. “Screens and screen time are a source of endless guilt and frustration among parents today,” John Herrman writes, “and it makes sense to need to displace these feelings on a face, a character, and something, or someone, with fantastically evil motives.” Better to worry about some devil threatening the well-being our children than to face that our own parenting choices could be doing so.

Beyond illuminating our current worries though, these stories reveal the underlying structures of how we create and communicate all knowledge. We want to believe that our knowledge and opinions about the world are sourced from our careful deliberations, from experience and research and the critical weighing of facts and dependability of sources. But much of our experience of the world is collective in origin, an amalgam of ideas we heard our neighbors share in the pickup line and threaded into the storylines of our favorite television shows, thoughts and opinions that are imparted to us along the human hivemind. The same processes that give rise to Three-Fingered Willy, the Blue Whale, and Momo also shape our mental experience of the world and the stories we tell ourselves about how it works.

Human beings synchronize with each other effortlessly, mirroring postures, facial expressions, mannerisms, and even eye gaze patterns. As we become friends with each other and share thoughts and emotions over and over, we begin to develop neural synchrony—our brain activity experiencing the world actually becomes increasingly similar. We begin to echo each other’s turns of phrase, attitudes, mannerisms. In other words, my thoughts become yours.

One of the dangers of being a collective species is that when we think collectively, we often get things wrong. We figure if we hear something enough, it must be true, a cognitive bias called the “availability cascade.”

One of the dangers of being such a collective species is that when we think collectively, we often get things wrong. We figure if we hear something often enough, it must be true, a cognitive bias called the “availability cascade.” When you hear your theories echoed back at you from other trusted voices in your inner circles, your confidence in their veracity strengthens, even when the evidence is flimsy at best, a process known as group polarization.

Hivemind narratives about what we should fear persist more stubbornly than most because like ghost stories, our values are woven through them, and because fear leads to a necessary narrowing of thought as we scramble to respond to the immediate threat. These narratives can also be blinding, especially when they confirm underlying biases or assumptions about how the world works—they just make so much intuitive sense, because they fulfill our craving for tidy stories.

One such hivemind narrative with its teeth deeply embedded in us is the idea that we’re all dangerously addicted to social technology. Images depicting “smartphone addiction” take on the form and language of horror: an iPhone clutching a man’s face in Aliens fashion; tentacles from a phone driving its weaving way into a person’s disembodied hand. A viral article in the New York Times quoted a previous executive assistant at Facebook as saying, “I am convinced the devil lives in our phones and is wreaking havoc on our children.” The devil himself!

Yet warnings about the destructive effects of technology is a narrative as old as time. As psychologist Vaughan Bell writes in a review of moral panics from the invention of literacy to the radio to the internet, “From a historical perspective, what strikes home is not the evolution of these social concerns, but their similarity from one century to the next, to the point where they arrive anew with little having changed except the label.” We also tend to attribute the effects of technology to the technology itself, as if smartphones are inherently evil (remember, the devil himself lives in the phones) rather than there being both adaptive and maladaptive ways to use them.

Rather than the narrowing and shutting down of broad thinking that fear evokes, we need creative, playful, hopeful thinking. Instead of looking for simple relationships between social technology use and mental well-being, we should investigate the complexities of those same dynamics. Some careful research doing just that has revealed that some people are vulnerable and others more resilient, that there is a sweet spot for use that is associated with better well-being, that using the same social media platform in some ways are more predictive of better outcomes than others.

People prone to social comparisons, to fear-of-missing-out, and who are more likely to be bothered by unflattering pictures of themselves seem to be more vulnerable to the potential ill effects of social technology, whereas people low on these traits seem to fare better. Active, engaged use of social media (sharing links, interacting, posting fun memories) is associated with higher well-being, whereas passive “lurking” is associated with lower well-being.

One such hivemind narrative with its teeth deeply embedded in us is the idea that we’re all dangerously addicted to social technology.

Moreover, when we shut down fear and amplify creativity and hope, we get a sharper, more accurate picture of our challenges, and a host of possible solutions. For instance, innovative ideas about how to nudge people into more prosocial behaviors online—such as shifting algorithms to sort feeds by prosocial versus antisocial content, streamlined approaches to fact checking and digital literacy, and that shoring up our sense of community might reduce attraction to antisocial systems of shared meaning like conspiracies and extremism.

Ghost stories and urban legends can be pretty easily debunked when you test them with second opinions and additional sources. After the initial wave of nightly news warnings and school district public service announcements about Momo, there was a second wave of publicity attempting to correct the panic. The conversation moved on. If we can understand the processes by which we share fear, we may be able to tap the brakes on burgeoning moral panics and instead engage in productive conversation and creative problem-solving. For we need to be especially wary of misleadingly simple narratives underlying how we build our consensus reality—not just about smartphone addiction but also about the dangers of vaccination and immigration and convoluted conspiracies.

For some of these misleading stories may have no more basis in fact than the story about a prowling, snarling man with three fingers who somehow lurks, decade after decade, in every single campground across all of America. 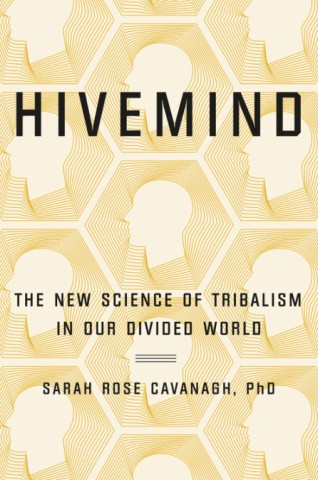 Sarah Rose Cavanagh is an Associate Professor of Psychology at Assumption College in Worcester MA, where she also serves as Associate Director of Grants and Research in the Center for Teaching Excellence. She is the author of The Spark of Learning: Energizing the College Classroom with the Science of Emotion and HIVEMIND: Thinking Alike in a Divided World. 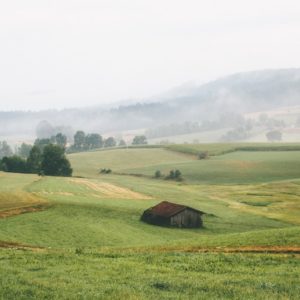 Not knowing which end of the walker to use. Not being sure how to turn off a water faucet once it was on. Responding...
© LitHub
Back to top