Amy Poeppel can’t believe readers are still getting upset over f*cking swearing • Shaun Bythell recounts his days in Scotland’s largest used bookstore • Ilhan Omar recalls her early days of getting out the vote • Kim Beil on the way we name photographic trends, from the Rembrandt Effect to #sourdough • 10 works of running-centric literary fiction to supplement your miles • Peniel Joseph on the death that galvanized Malcolm X against police brutality • Reckoning with

the toll gymnastics takes on women’s lives • Emma Dabiri on the history of Black hair • Vivian Gornick on the forgotten first wife of Victorian novelist George Meredith • Marie Mutsuki Mockett wonders if there’s a better way for the left to talk about American Christianity • Lauren Sandler navigates the two maps of New York City, and finds the city’s block-to-block inequality is as stark as ever • In Flint, a teacher amplifies student voices on justice • On Orlando, and Virginia Woolf’s defiance of time • Mariana Enriquez on the impulse to write about the pandemic • 21 writers on their favorite children’s books • Rabih Alameddine recommends some gay books you might not have known were gay • Jill La Pointe on the art—and preservation—of Lushootseed storytelling • Bill de Blasio must stand up for writers • “climbing“: a poem by Lucille Clifton

Kate Chopin’s The Awakening, Shirley Hazzard’s The Transit of Venus, Robert Musil’s The Man Without Qualities, and more rapid-fire book recs from Deborah Shapiro • Sarah Neilson recommends 17 of the most anticipated books by LGBTQIA+ authors for the second half of 2020 • A month of literary listening: AudioFile’s best audiobooks of June • New titles from Ottessa Moshfegh, Roddy Doyle, Yu Miri, and Ragnar Jónasson all feature among the Best Reviewed Books of the Week

Nick Kolakowski on the uneasy noirs of Stephen King • June’s best international crime fiction • Chris McGinley on the forgotten screenwriter behind a string of classic noirs • Shelley Blanton-Stroud on the women using noir to capture a new era’s zeitgeist • Nina Laurin’s favorite thrillers set in isolated places • Megan Miranda recommends five novels of insomnia, sleepwalking, and fear of slumber • Nicola Maye Goldberg on literature, feminist rage, and sociopathy • Kate McLaughlin celebrates a new trend of characters who are bent, but not broken • W.M. Akers looks back on tiny mysteries from the pages of the New York Times • Ottessa Moshfegh on dreams, nightmares, and a rediscovered novel

Here's how I felt after attending a People's Townhall on publishing's "radical future."

Ben Ehrenreich: A Road Map for the End of Time 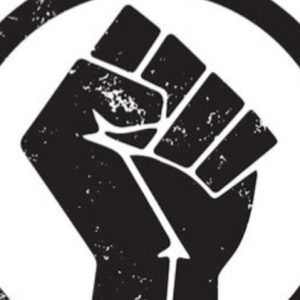 Here's how I felt after attending a People's Townhall on publishing's "radical future."

During a virtual town hall last night, as a group of four friends were discussing what it was like to work as people of color...
© LitHub
Back to top