From the Rembrandt Effect to #sourdough

The cliché holds that a picture is worth a thousand words. These words may describe what’s in the picture, but they seldom say what it looks like. Sure, there are titles: “New Year’s Eve,” “Baby’s first birthday,” “At the seashore,” and the ever-popular “Me.” There are genres that describe entire categories of pictures, from landscapes to portraits, but the style of a photograph is rarely named until it passes out of style.

At first, a few people were doing it. The slightly overhead angle showed off the scoring on the sourdough; the background was a plain wooden breadboard. Maybe they included a slice artfully balanced against the loaf with a humble brag hashtag about the quality of the crumb. (This is the carb equivalent to #iwokeuplikethis.)

But in a couple weeks (or decades, in quarantine time), everyone was doing it. You know this not only because the grocery store has sold out of flour, but because every other picture in your feed features a delicious loaf of golden sourdough on a plain wooden breadboard, a slice propped up at the side.

Even in the age of hashtags, the style of these pictures goes unnamed. They’re just #sourdough. They’re not #squareformat #naturallight #obliqueangle or even #shotoniphone. But now, in June 2020, when I say “bread pictures,” you know what I mean. You may roll your eyes or you may feel a shiver of guilt because you bought the last bag of flour, but you can see the pictures in your mind, as clearly as you could see them in the endless scroll if you were to open Instagram.

Trends in photography are only named when someone comes along to disparage them, after they’ve saturated the visual landscape. I think we’ll call these “bread pictures,” or as Nausicaa Renner dubbed them in n+1, “excited bread posts.” Now, brandishing a name, critics can lambaste the style in print until photographers finally move on to something else (or we all develop Celiac disease).

In the mid-19th century, when photography was in its infancy, critics praised new styles as “good pictures” until everyone was doing it.

Fashion trends require names so that consumers can identify and buy things, like mom jeans or ugly sneakers. But trends in popular photography can be replicated by anyone with a smartphone. Despite the adage, you never have to put your picture into words.

The photo trend lifecycle is not new to social media. Even in the mid-19th century, when photography was in its infancy, critics praised new styles as “good pictures” until everyone was doing it and suddenly the new style appeared old and overused. Trends only becomes visible when you start to separate the aesthetic effects from the picture’s subject. In the first decades of photography, most practitioners were simply concerned with making a picture, any picture.

Even after exposure times were reduced from upwards of 30 minutes down to 30 seconds or a minute, the process for developing the (possibly terrible) picture was uncertain at best. The early instructional literature resembled elaborate cookbooks with detailed chemical measurements and suggested timings. There was little discussion of what the picture should look like when it was finished.

Towards the end of the 1860s, nearly 30 years after photography was introduced, one style gained widespread recognition. At first it was considered the product of a good photographer, William Kurtz, whose New York studio attracted an elite clientele. Kurtz named the style the Rembrandt Effect, after the Dutch Old Master painter who was famous for his half-lit faces. Kurtz went so far as to patent folding screens to help others achieve the effect. When these other photographers began emulating the style and, crucially, applying it to a more diverse class of sitters, the Rembrandt effect attracted critics’ ire.

This quarrel reveals the complexities of separating photographic style from content, the Rembrandt effect from its effect upon a particular sitter. People who scorned Rembrandt-style lighting and its rise in popularity found as much fault with the people having their pictures taken as with the style itself.

Other styles have also come and gone, unnamed until they reached a tipping point. Then suddenly they were singled out and their good, new name was dragged through the mud. In the early 20th century, as smaller and more portable cameras were invented, photographers experimented with new camera angles that were formerly impossible or undesirable. The perspective tricks of looking up at skyscrapers or down at the toy-like figures in the streets became popular.

Visually recognizable trends remain hidden until they make their way into language.

The tilted and turned angles were applied to still life compositions, too. Instructional articles recommended standing high on a chair in the corner of a room to get a better perspective or leaning out of high windows. Admirers called it the “new angle.” Haters dismissed them as too “modern” or “modernistic.”

The newly-appointed Condé Nast art director, Mehemed Fehmy Agha, wrote cuttingly in 1929 that “modernistic photography is easily recognized by its subject matter: Eggs (any style).Twenty shoes, standing in a row. A skyscraper, taken from a modernistic angle. Ten tea cups standing in a row. A factory chimney seen through the ironwork of a railroad bridge (modernistic angle). […] The interior of a garbage can. More eggs….”[ii]

Eventually, popular criticism echoed Agha’s judgment. Although Agha points to the subject matter of these pictures (eggs were the bread of their day), he was equally fed up with the modernistic angles.

Hundreds of stylistic trends have passed through popular photography since the 19th century. They’re been largely invisible to the historical record, though, since we only give them formal recognition with a name as they’re on their way out. When you’re writing a book that promises to identify the rise and fall of these styles, the lag in naming makes research challenging.

Even though there is a wealth of photographic literature available in digitized and searchable form, keyword and metadata searches are limited by the verbal categories we impose. Visually recognizable trends remain hidden until they make their way into language. No matter how many thousands of words may be written, they are always written late. 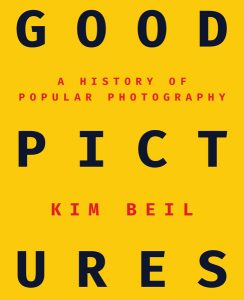 Kim Beil teaches art history at Stanford University, where she is the Associate Director of ITALIC, an interdisciplinary arts program for first-year students. Her writing on modern and contemporary art has appeared in Art in America, Photograph, and Sculpture magazines and her book, Good Pictures: A History of Popular Photography, is available from Stanford University Press. She thinks of Instagram as research; you can find her @Kim.Beil, and @kalophile on Twitter. 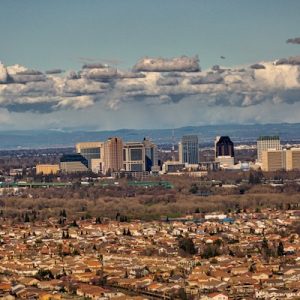 Dear Sacramento, Yes, I have heard about the protests, trouble scarring your body. I can only imagine your fear. You are entering...
© LitHub
Back to top
Loading Comments...