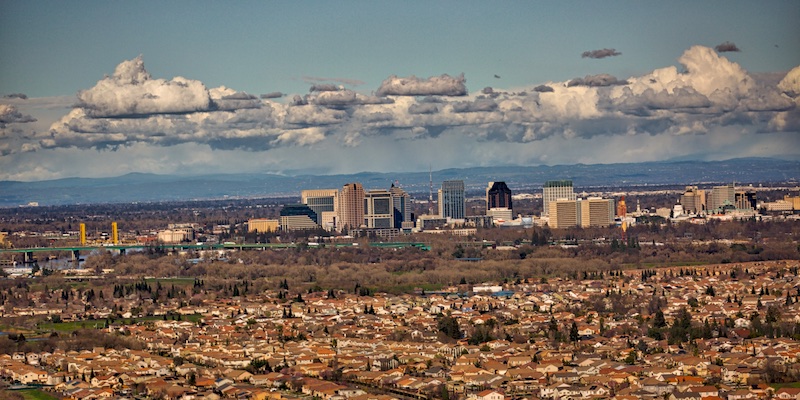 Indigo Moor: "You must be frightened. Fearful of coming rage."

Yes, I have heard about the protests, trouble scarring your body. I can only imagine your fear. You are entering your summer phase, casting your calm heat across the fields. The tranquil streams and rivers. Open sky from horizon to horizon. My God, you are beautiful. And now all of that has changed, hasn’t it? One man’s killing in another city has brought you to this reckoning. His pain flutters city to city like a wounded bird, raising arms city to suburb. No, it is not your fault. You are the third most diverse city in the country, and you should be proud of that.

But let us be open and honest. After 23 years together, we owe that to each other. You have had your problems. Your skeletons refuse to stay hidden. With such a luscious landscape and rainbow kaleidoscope school pictures, it is easy to forget that some parts of your rainbow shine brighter. Some of the bends are thinner, more ethereal than they should be.

No, I am not writing to kick you as you face another night of fire and anger. I love you. Even as you kneel on the edge of this precipice, wondering which way rolls you into oblivion. I can’t promise you the morning will not bring more pain, craters in your beautiful skin. There are many folks ready for some things to burn. And they will not be stopped by public condemnation, the cries for peaceful protests, I know. None of this is your fault. But protestors and people of color have the same problem. How others treat them is not their fault.

I am working in Philadelphia, and I have seen the same pain churning across this city like a dust devil swelling to a storm. You must be frightened. Fearful of coming rage. The shouts and screams reverberating across your streets and neighborhoods. Yes, there will be many peaceful protests. But I have issue with that term, its passivity too easily turned away and ignored. Martin Luther King, Jr. said, “A riot is the voice of the unheard.” I do not speak for everyone. Nor do I want to do so. I am only saying I have learned repeatedly that a gentle voice is easy to ignore.

When I was in the 8th grade, still making my way through the literature of a country divided in my thoughts, I was introduced to the funniest poem imaginable to my carefully sheltered mind. As an African American male bussed to a white school, I struggled with what was supposed to be relevant to me. Much of what I read was outside of my understanding, not intellectually, but emotionally. I felt that to be literate meant not to be me.

Here was a poem that spoke of the scarce Sundays on my Aunt Jane’s Farm, where pigs and moonshine cut with lemonade were the difference between existence or not. The long, lazy afternoons where the sun seemed pinned to a spot on the sky. My brother and I chased the piglets that squeezed out of the pen. We chased butterflies and June bugs as our elders talked inside, the doors and windows open. We chased summer, always a step away from its heavy arms crushing our chests. Mostly we fled from boredom. From the knowledge that this was our entire world. That it must be all that was real for us. From that moment until the day we would die, far away from what we saw on the three channels of our TV. We ran. We drank water from the hose. Ate slices of watermelon.

We protest. And we riot. And, even if it is not material, a lot of old notions will burn.

And, yes, we chased chickens. Swaddled in the cracked-wire frames of black-boy bodies, we were still no match for them. Their lightning-quick change of direction. Their pronged claws that never slipped in the dirt. Catching one was more than an unfulfilled wish. It was Excalibur magicked. It was the sorcerer’s stone. Jesus nailed to a barn. We knew this. Still, we could not, would not stop trying to have a piece of the magic that would take us away from this place where we could not see the edges. Once I chased a chicken for so long, it crossed the street and ran into deep woods. I wanted to go after it, convinced that it would get lost. My brother stopped me. He insisted we would get hit crossing the road. The chicken would find its way back. I do not know if it ever did. They all looked the same to me. I still dream of never crossing that street.

Until I read that poem in class, I had forgotten the rusted cart sitting under the kitchen window in the shade of the afternoons. It was anchored to the ground and disdainful of Carolina drought. In my memory, it was always half-filled with rainwater. Oh, and the startlingly white chickens forever pecking in the dirt beside it. William Carlos William, who I immediately imagined as Black, leaning over his desk, communicated to me the only way to catch a chicken unaware. The patience necessary to stand for hours until they forgot I was human. Until they imagined me as a part of the farm. A part of the wheelbarrow. And if I could find that one moment, that single instant where everything aligned, I could change my fate. I could do something no one else could have done. For me, there is a love and a sense of panic that rises when I think of the South so deep in its prison that the bars are cloud, woods, and distance. Even in my memories, I am desperate to break the hermetically sealed hourglass of lackadaisical heat and humidity of those days. Jonesing for that one miracle that would release the people I love, and loved, from that small patch of so little. I would stand holding those cracked wheelbarrow handles for as long as it took, knowing that

so much depends
upon

beside the white
chickens.

When the teacher read the poem, I laughed out loud. What can I tell you? I was in love. It was the funniest poem I had ever heard. And it spoke to the real world, my world, in such sensuous concentrated language.

Unfortunately, the accepted understanding of WCW’s poem was not mine, and the response to my interpretation was argument from all corners. Williams was a modernist. A minimalist. His work, while simple in language, contains worlds and multitudes. The crux of their argument was, “I don’t think it was written with you in mind.”

I gave protest. But I did not have the momentous words or language to say that my life was as wide and deep as Williams. There were so many people, so many interpretations of the poem. The only shared belief was that my interpretation had no merit. Not because there was anything in the poem that spoke against my understanding of it. There was no room for the acceptance of a minority experience into the discussion.

Outside my window, police helicopters are circling. Sirens ebbing and falling like waves, so many of them. Smoke rises around the corner of the building and sifts through my open window. Not close to me, but very present. Sacramento, Love. Parts of you may burn over the next few days. But not because the people doing the protests, peaceful or riotous, are ugly. It doesn’t matter if this country was designed with us in mind. If it was designed with our lives as an afterthought. They are like me, completely tired of hearing that their world is not the poetic one. Sick of being told they are not the poems that need to be read. They are beautiful and refuse to be ignored. And we protest. And we riot. And, even if it is not material, a lot of old notions will burn.

Poet Laureate Emeritus of Sacramento, Indigo Moor’s fourth book of poetry Everybody’s Jonesin’ for Something, took second place in the University of Nebraska Press’ Backwater Prize and will be published spring 2021. His second book, Through the Stonecutter’s Window, won Northwestern University Press’s Cave Canem prize. His first and third books, Tap-Root and In the Room of Thirsts & Hungers, were both part of Main Street Rag’s Editor’s Select Poetry Series. In addition to poetry, Indigo has produced award-winning plays, short fiction, and essays. His stage-turned-screenplay Live! at the Excelsior was optioned as a full-length film. He is a former teacher at the Stonecoast MFA Program and a Cave Canem fellow. Indigo sits on the advisory board for both the Modesto Stanislaus Poetry Center and the Sacramento Poetry Center. A 10-year veteran of the US Navy and a twice-decorated Gulf War Veteran, Indigo divides his time between writing, teaching, and Integrated Circuit Layout Engineering for computer companies. 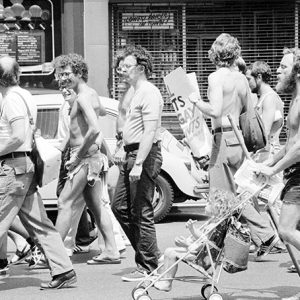 This week on Well-Versed, FSG editor Jackson Howard discusses queer rights past and present with Eric Cervini, the award-winning...
© LitHub
Back to top