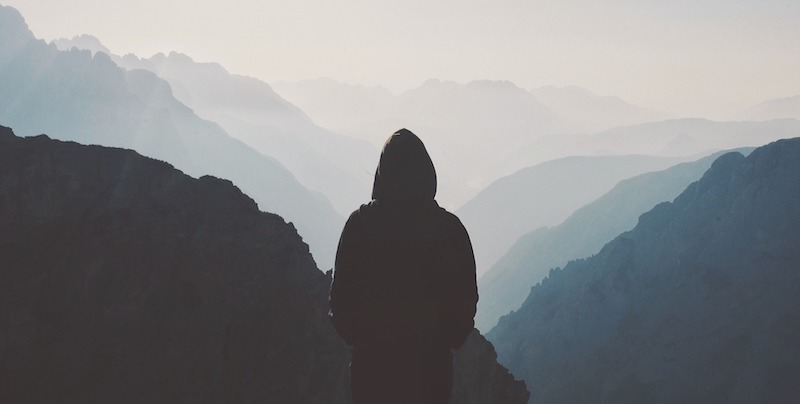 What Compels Us to Write About the Pandemic?

Mariana Enriquez on What Words Can Do for Crisis

I send an email. I need to resolve an administrative matter at work. Someone replies and solves the problem more or less quickly and then adds, before signing off, “THIS is just like one of your stories.”

THIS is the pandemic, of course.

I reply with a laconic “thanks,” without referencing her observation about my stories, which are, in effect, horror stories. I don’t know what to say. Almost all the time, I don’t know what to say, and I’m constantly being asked to say something. A column about how I’m spending quarantine. An opinion about the changing nature of the virus. Do I think the cities, empty and partially reclaimed by nature, are beautiful? Everything is contradictory and nerve-wracking. A writer, an artist, should be able to interpret reality, or at least try. As a person who works with language, I should be able to take part in the public conversation. Thinking, writing, interpreting. But with every day that passes, thinking about this pandemic becomes more like entering a heavy fog: I can’t see, I’m lost, I can barely make out my own hands if I put them out in front of me.

The writer Carla Maliandi comments on Facebook that the philosopher Karl-Otto Apel, a friend of her family, told the story between one empanada and the next of how “during WWII, he was called up for something like obligatory military service in Germany. His job was to patrol the streets in a tank while bombs exploded outside and the world was hell itself. He told us how it was a very important moment in his formation, and it was thanks to that confinement he he was able to read and study Aristotle, Kant, and Hegel for the first time.” She wonders how such concentration is possible, prompted by an article in which several writers say that they can’t read, can’t watch movies, they’re anxious and hyper-alert, and they spend half their time on video calls or checking to see if their family members and friends need anything.

Why do I have to be the interpreter of this moment? Because I wrote a few books? I rebel against this demand for productivity when all I feel is bewilderment. Can, can, can, what can we do, what can we think. In a conversation with a friend I told her, sincerely: “My thoughts are short.” It’s true. I can’t find reflections. I find: how (not) to use online banking at banks whose systems are hostile, where they don’t answer the phone and they’re relentless with demands for payment. I find: how to keep fear at bay every time my partner goes out to buy the food we need. What will I do if he gets sick. It’s very unlikely that he will, I tell myself and all the experts tell me. Nothing I repeat to myself does any good and I’m terrified he’ll end up in a field hospital. Or my mother will. From another media outlet they send me a series of questions, to see if I can answer them: “What fears are generated by isolation? What trauma does it bring? What’s going to happen to humanity? How should we build our new normal?”

All these questions leave me speechless. All the traumas, all the fears, I don’t know what’s going to happen to humanity, how to think about “humanity,” what that even means, why we have to think about the new normal when the pandemic is only beginning, at least in Argentina. All these words I listen to, all this noise of opinions and data and metaphors and recommendations and Instagram lives and activities moving to virtual format, all that intensity—isn’t it maybe just pure panic? What hole are they trying to cover over? What kind of extinction fantasy? I picture insects fleeing from the hand brandishing poison. That cockroach that runs and runs and manages to hide behind the washing machine.

I feel like I’ve just had a car accident. I can see the smoke pouring from the engine, I smell burning, I don’t know if there will be an explosion or not, my body doesn’t hurt because the impact has just happened, and, from the other side of the window, twenty people are asking me: “Are you going to buy a new car? Do you think this one can be fixed? Could you live your life normally if they have to amputate your leg? Did the people in the car you hit survive? If there are consequences will you help them out financially? Will you pay for the burial if they’re dead? Was your son, who was in the passenger seat, wearing a seat belt?” And so on, every day.

Complaining is pathetic. I don’t complain out loud. I try, but these words must be a complaint.

Sometimes I manage to feel something that surpasses me in a different way, other than the everyday inundation. Something sublime, profound. A silence in the world caused by this agent that is neither alive nor dead, that needs a host to live until it gets bored and kills it. A certain global fellowship. It doesn’t last long. I’m afraid I’ll get appendicitis and they won’t operate and I’ll die because the beds are filled with coronavirus patients. I’m afraid of being horribly selfish and not benevolent enough. I’m afraid of seeing the same scenes in greater Buenos Aires as in Guayaquil, the cadavers in the streets, breathless people dragging themselves to emergency rooms, the man who left his dead mother on a bench and used a parasol to protect the body, wrapping her in brightly colored fabric. The cardboard coffins. I don’t want to experience that horror at all, not as spectator or witness or chronicler or victim.

Some days I get up and think that living this way isn’t worth it; other times I tell myself that everything passes, that every rain has stopped eventually, that viruses have cycles, that pandemics end, that lives are rebuilt. Yesterday I felt glad that I’d lived intensely, glad of all the trips, all the concerts, all the drugs, all the lovers. As if I were saying goodbye to the world. This state is one of mourning. But I don’t know exactly what has died. Or if it’s dying. I don’t know. People keep asking me, and I don’t know.

What am I reading? Nothing. Because I work remotely from home, I started The Bloody Countess by Valentine Penrose, and I find the story of the terrifying Erzsébet Báthory entertaining, maybe because she lived in an infinitely crueler and more difficult world, where illnesses lurked behind every tree, and forest witches kidnapped children to make potions out of their hearts. What am I watching? Twin Peaks, because sinking into someone else’s nightmare is a strange kind of relief. Not much more: I spend the rest of my time on the phone or in front of screens or working with astonishing slowness or reading the news until I go crazy. I know I should read the news less and all that information does me no good, but it gives some illusion of control, and also no one talks about anything else and I’m sorry, but I don’t have the presence of mind or the distance or the equilibrium needed to start reading Euripides. I admire the people who sit down to read The Magic Mountain or who learn recipes and especially the people who get bored.

I don’t have the character.

I don’t have the fortitude.

Maybe I’m depressed. But therapy right now is virtual and I don’t know if I’d dare go on a medication today, with all the advice not to go near hospitals. Also: my own emotional crisis seems idiotic. It is idiotic. I’m in a corner, on my knees, waiting for this to pass, to stop, to burn out. I’m not made for crisis. I try to remember others. 2001-2: a year or more of earning half my salary and living with my mother in a dangerous neighborhood; I heard gunshots every night, and, if it got too late, I’d run to the avenue to buy cigarettes, because muggings were common but I could also get caught in the middle of a shootout. My adolescence with hyperinflation, 1989, the energy crisis, programmed blackouts, unemployed parents, sleeping on a sofa because I didn’t have a bed of my own and there was no money to buy one and no place to put it. There are others, some more personal ones that it doesn’t make sense to publish and I don’t want to. Didn’t any of that prepare me for this? None of it prepared me for this.

Another email arrives, another interview, another message. What do I think of this, as a horror writer? How can we reformulate our fear? We want your opinion on the fear we all have.

I attempt to be ironic, and I try out a few lines: how pandemics are the province of dystopia, how I don’t write that sub-genre, I like it but I haven’t read much (all true). I erase what I’ve written. It’s nonsense. I read a fabulous article by the painter and writer Rabih Alameddine about finding out his HIV positive status. He was living in San Francisco, while civil war raged in his native land of Lebanon; he decided to go back, though, because he was afraid and he didn’t want to die alone. Soon, he was back in California. He started playing soccer. Half of his team died. He is still alive today, and he says he doesn’t remember how many people he’s seen die.

I remember the terrible days of AIDS. I was very young, but I remember the fear in neighborhood for those possibly infected, I remember my mother’s friends who died alone because they were rejected by their families. It was so cruel. How brave they were. How shameful my cowardice. I think of the victims of tsunamis, of the wars, of the refugees in the Mediterranean, running from narcotrafficking, from institutional violence, from other epidemics, from hunger. Massive, tragic, solitary death is the rule. I’m aware of my privilege. I’m ashamed of that privilege, especially on this continent. I can’t get away from self-reference and it weighs on me, because I try to avoid all that I, I, me, me. Complaining is pathetic. I don’t complain out loud. I try, but these words must be a complaint.

Is this text worth it? Is it exaggerated? Why say: I can’t say? It’s only my anxiety talking here. And the feeling of imminence. It’s possible that today I’m made up only of anxiety. It leaves me mute and motionless on a sofa, locked in. Not in my house, that doesn’t matter. Locked inside my head.

21 Writers on Their Favorite Children's Books 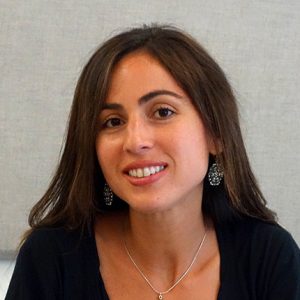 This week on The Maris Review, Zaina Arafat joins Maris Kreizman to discuss her debut novel, You Exist Too Much, out now from...
© LitHub
Back to top