Major Jackson on Defending That "Part of Black Life You Don't Actually See."

Happy Juneteenth! I am going to pretend that it’s a national holiday until the rest of the country catches up. Today is one of those stunning, late spring days in northern New England. I will likely turn on the grill this evening and give respects to those early ancestors and elders who made my life possible, who made all our lives possible. I think I can explain.

John, when you gave me this epistolary assignment in the midst of the protests, I immediately returned to MLK’s Letter from a Birmingham Jail, trying to remember his phrase about direct action as presenting “our very bodies as a means of laying our case before the conscience of the local and the national community” followed by this gorgeous assertion: “We are caught in an inescapable network of mutuality, tied in a single garment of destiny.” Juneteenth allows us to keep present in our hearts and minds the interrelatedness of our fates as free individuals. I think one of the arguments we miss out on making is that to say “Black Lives Matter” is a way of publicly acknowledging black people’s extraordinary contributions to the idea of America for whom many have benefitted, to keep within sight the history of struggle, not just for one set of people, but as King famously notes: “Injustice anywhere is a threat to justice everywhere.”

In this light, the tragic deaths of Ahmaud Arbery, Sandra Bland, Rayshard Brooks, Michael Brown, Philando Castile, George Floyd, Eric Garner, Trayvon Martin, Tony McDade, Tamir Rice, Breonna Taylor (so many in our lifetime) to racialized violence and police brutality amount to a kind of involuntary black martyrdom that gets us closer to an idealized society; that’s a harsh sentence to write, and the phenomenon is wrong. We have to say No more! Political leaders, religious leaders, community leaders, artists of all disciplines, people who believe in beauty, decency, and justice: we have to rise above our massive ambivalence and say: No more black deaths on the altar of our country.

As a black person, I walk with history within sight, and so it is difficult to not contemplate almost daily what freedom and equality mean; to ask, what does it taste and sound like, for the meek to inherit the earth, for BIPOC to be treated with dignity and respect, afforded the same privileges as those who claim a “white” identity? Black people and immigrant communities have carried forward the vision of America for some time now and yet, ironically, are some of the most persecuted. So, again, Happy Juneteenth!

I am writing from my home in South Burlington, Vermont. I know: an obvious utterance to make during a pandemic. I like those Instagram posts that reveal a person’s mood. For all the obvious reasons, over the past several weeks I’ve traded out “emotionally exhausted” with high doses of “panic” and “resistance.” Does it bother you like it bothers me that a young Black Lives Matter activist was found dead in Tallahassee, Florida?

Speaking of networks of mutuality: last week, amidst the grief and rage at the ongoing struggle to affirm the sanctity of black life against rhetorical and physical assaults that would diminish and extinguish it, amidst the disparities of a global health crisis that seem to inordinately target black and poor folk, one that landed my aging father and stepmother in the same hospital across the hall from each other, one of them to fight a mild case of the virus while the other, intubated, struggled for life, amidst all of this, a few friends and I, contrary to all sane advice, gathered at one of our homes on a deck early one evening for spur-of-the-moment cocktails. Lately, in correspondences, I have been speaking about the necessity of curating joy.

“The part of Black life that you don’t actually see, that they don’t share with you is the part you must protect. This is love.”

We were a group of six adults. We were more or less six feet away from each other. Not having seen each other in months, we pained at the inability to properly greet with hugs. Instead, our eyes and the occasional bow sufficiently conveyed the deep joy we felt.

Based on the pitch and volume of rising laughter that became tears, we gathered as much to survive the absurdity of this moment as much as to break the malaise of weeks of sheltering in place. John, having shared company with you on several occasions, I know you would have fit comfortably among this cabal. The hot temperatures of the day seemed stagnant, the tall pines above the house offered cool shelter and the leaf-covered creek behind made for a setting that harkened to a pre-pandemic life where such impromptu get-togethers of reveling in banter and solving the world’s problem were the norm.

While most of the conversation centered on the good fortune of one of us signing a new book contract while also staring down recent microaggressions, several friends delved into discussions of being recruited in the wake of the protests to craft or sign off on anti-racist statements by institutions with which we are professionally affiliated.

We commiserated about feeling emotionally on-guard unlike ever before while sitting in endless Zoom meetings, addressing the not-so-complicated issue of police brutality that led to George Floyd and Breonna Taylor’s deaths. We complained at hearing a paragraph we authored on a shared Google doc described by a fellow board member as “too strident,” by the same person who said “This is not our fight.” Also, how many times can one hear oneself and people who look like you (and other people of color) described as “minorities”? Still, for some older white Americans, the world lazily breaks down to two races: “whites” and “minorities.” In one exchange, I had to make the obvious argument that “how we treat and regard the environment is inextricably tied to how we treat each other.” These are vulnerable and tense moments that add layers of stress for BIPOC who know just around the corner is the careless remark that sadly illumines how long the road we must travel together, as difficult as that may be, to figure out how to eradicate oppressions of all kinds and how to cherish the earth. But we remain hopeful, undaunted.

Ultimately, most of us conveyed over cheese and crackers feelings of relief to have so many colleagues, neighbors, and local businesses, and non-profits, unlike ever before show up—like the rest of the globe—in meaningful ways that suggest earnest and humane concern for the plight of black people. It is difficult to ignore the cries of a man calling out for his mother.

One hopes this is the blush of some permanent fever for reciprocity and justice. King reminds us: change is ongoing, the result of persistent action. Anti-racist statements are the first leap for many people. One of us joked about terminating their career as an academic and starting a social equity consulting firm to meet high demand. I personally railed at the reality that such voluntary (read: unpaid) contributions to institutional messaging occlude the very work we love and were hired to perform. I imagine many BIPOC at some point in their career make peace with the fact that success in their fields often means, to greater or lesser degree, enlisting in the struggle for social justice, inclusion and equity.

John, my dear brother poet Patrick Rosal tweeted something that I cannot stop pondering. After reminding us of Kevin Quashie’s wonderful scholarship on the inner lives of black folk as its own beautiful sovereign space, Rosal wrote: “When allies fight for Black liberation, we are fighting for systemic change, but that systemic change is meant to protect the intimacy and interiority of Black life and Black lives. In practical terms, do not check in on your Black friends & expect them to process their feelings with you or worse that they will help you understand your feelings. If they need you, it will be in their time. The part of Black life that you don’t actually see, that they don’t share with you is the part you must protect. This is love. [emphasis mine] It is no small coincidence that it is also the thing that whiteness feels so awfully threatened by.”

The marches and chants are ultimately for the purpose of guarding and defending our inner lives, even as we urge each other to confront and defy that which separates us.

This idea that black interiority is the threat to white supremacy woke me to a new reality about freedom: that space where we dream, imagine, think, and ponder the world around us, is somehow menacing because it is this aspect that defines us as human and that which defies the horrid historic characterization of black folk as anything but.

I’ve talked about the sacredness of the interior life and, like you, I teach writing and editing as a craft, also a wildly political act when we contemplate especially the high rates of illiteracy in our country that prevent most from thinking independently let alone expressing clearly their opinions. I understand even more the implication of Patrick’s radical understanding: the marches and chants are ultimately for the purpose of guarding and defending our inner lives, even as we urge each other to confront and defy that which separates us.

After reading his tweet, I begin to reflect upon that awful, painful distance between the inner life of Tamir Rice and the officers who killed him, between Ahmaud Arbery and the two men who hunted him down, between George Floyd and Derek Chauvin whose stance and knee showed how emotionally distant and psychically far he was from the man beneath him.

That gap is what we need to fill; not with fear or yesterday’s lens which distorts and dehumanizes, but a reimagining that announces something greater within us and a purpose born of our shared humanity.

John, let me hear from you sometime soon. We need to cultivate more our friendship. Life needs us.

Major Jackson is the author of five volumes of poetry, including The Absurd Man, Roll Deep, and Leaving Saturn, which won the Cave Canem Poetry Prize for a first book of poems. He has edited Best American Poetry 2019 and is a recipient of fellowships from the Guggenheim Foundation, the National Endowment for the Arts, and the Fine Arts Work Center in Provincetown. He has been awarded a Pushcart Prize and a Whiting Writers’ Award, and his work has appeared in American Poetry Review, The New Yorker, and the Paris Review, among other publications. The poetry editor of the Harvard Review, Jackson lives in South Burlington, Vermont, where he is a University Distinguished Professor at the University of Vermont.

We Need a Diagnostic Metric For Racism 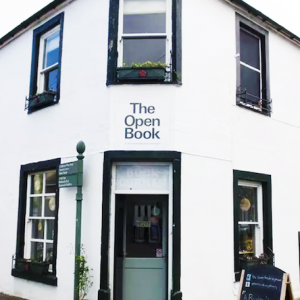 Diary of a Scottish Bookseller Tuesday, 6 January Online orders: 3 Orders found: 3 All three orders today were for books about railways. Yet another...
© LitHub
Back to top