Sinead O’Connor remembers her early days in London • Lavie Tidhar considers the unsung history of Jewish writers who pioneered science fiction • Kari Nixon considers the xenophobic legacy of The Hot Zone • How Henry Alsberg went from rock bottom to directing “the most ambitious literary project ever attempted”—the Federal Writers Project • Rivka Galchen recommends reading as a remedy for writer’s block • Akwaeke Emezi on growing up in Aba • Why we’re susceptible to the toxic allure of cults • Laura Lindstedt wonders if the rise of audiobooks might change how authors write books • Amelia Abraham considers Susan Sontag, coming out, and the joys of extravagance

• Ruby McConnell asks what the eruption of Mt. St. Helens can teach us about real-time disasters • Brittany Ackerman considers how much genre can hold • Jonathan Lee on the man who built New York City • On Martha Gellhorn’s love letters to Ernest Hemingway • Shya Scanlon on our love-hate relationship with ‘Internet Literature’ • Sir Roderick Floud on the abundant history of Britain’s gardens • Elyssa Friedland on what to do when your student’s a better writer than you are • Matthew Norman’s most embarrassing literary encounters (so far) • Krys Malcolm Belc on gender, parenthood, and loving through providing • Dariel Suarez on writing fiction as a non-native English speaker • Tips from Robert McKee for creating convincing characters • Christine Platt considers the toxic cycle of bargain shopping and emotionally driven shopping sprees.

Sula, The Awakening, The Snowy Day, and more rapid-fire book recs from Raven Leilani • “We had fed the heart on fantasies / The heart’s grown brutal from the fare”: a 1928 review of W. B. Yeats’ The Tower • True Grit, The Fire Next Time, The Velveteen Rabbit, and more rapid-fire book recs from Aimee Bender • Jonathan Lee’s The Great Mistake, Kai Bird’s The Outlier, and Nathan Harris’ The Sweetness of Water all feature among the Best Reviewed Books of the Week

P.J. Vernon on bad gays in good books and “the affirming power of queer genre fiction” • Christine Mangan on Gothic Venice and the power of setting • Laurie R. King on Emily Gerard, the travel writer who gave Bram Stoker the term “Nosferatu” • Nick Kolakowski on The Limey, Stephen Soderbergh’s subversion of classic noir • Olivia Rutigliano with summertime crime films set in cities • Noel Obiora on Black Lives Matter, 1990s Los Angeles, and the weight of history • Jonathan Lee on the man who built New York City, only to disappear into it • Chris Offutt explains why, in writing about Appalachia, he’s always felt like a crime novelist • Christine Mangan on the power of setting and the strange allure of off-season Venice 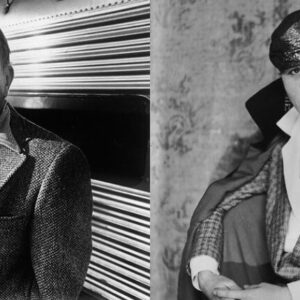 To say there are “two Americas” immediately calls to mind any number of great sociocultural divides—Black/white, rich/poor,...
© LitHub
Back to top