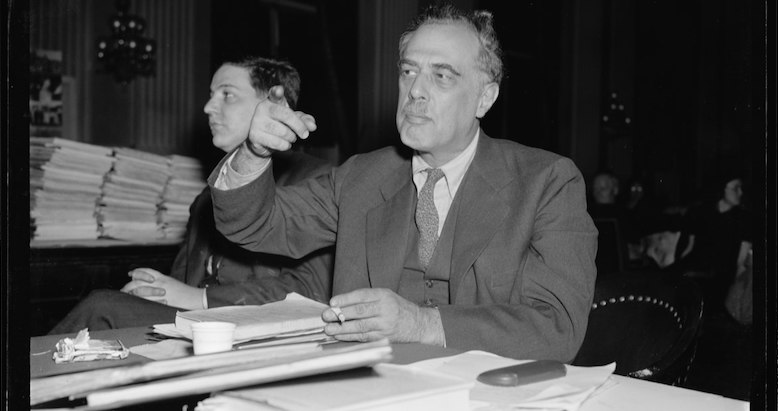 The Radical Sensibility Behind the Federal Writers’ Project

On December 26, 1933, Henry Alsberg sat at his typewriter and banged out a letter. He was 52 years old—four months older than President Franklin Roosevelt—and living in his mother’s apartment on the Upper West Side of Manhattan. (Roosevelt was rounding out his first year in the White House.) For years, Alsberg had been bouncing between Europe and West 95th Street and a small cottage in the Hudson Valley. Overseas, he’d been a roving correspondent, a diplomatic aid, and a relief worker. In Manhattan, he wrote feature articles and book reviews and kept up a parallel, albeit dwindling, career in the downtown theater scene.

In his Hudson Valley shack, as he called it, he lived between relaxation and procrastination: writing letters, stabbing at an autobiographical novel, staring into the low, forested hills. He was a bearish man with dark eyes and a small mustache, affable and irascible, prone to melancholy and to fits of whimsy. On that late December day in New York, he sat and typed, already feeling the weight of another uncertain year bearing down on him. He’d written to this particular correspondent many times in the past decade, and once more, he unburdened himself.

Dear E.G.: I was sure you didn’t want me to know about your coming, because you didn’t breathe me a word about it in any letter. Of course I heard about it, and am waiting with “spannung” [great eagerness] to greet you . . . Do come along soon. I will not consider any other possibility. During the last year since I saw you I have fallen into complete moral and mental desuetude. Nobody loves me any more, except perhaps you, my dear E.G. I need some moral and mental support. So when you come, I shall immediately begin to lean on you.

His “dear E.G.” was the world’s best-known anarchist, Emma Goldman. They’d met in 1920, inside the Soviet Union—Alsberg as a reporter with Bolshevik sympathies, Goldman as an exile struggling to find a place in the new Russia, which she increasingly distrusted. Alsberg was tagging along with Bertrand Russell, who was part of a delegation from the UK, when they ran into Goldman. “He brought with him a whiff of the best that was in America—sincerity and easy joviality, directness and camaraderie,” as she put it in her memoir, which, later, Alsberg would help her edit. He befriended Goldman and her companion, Alexander Berkman, whom everyone called Sasha.

During the 20s Alsberg grew close with the pair, visiting them in Europe when he could, writing when he couldn’t. He noticed their ideas shaping his inchoate radicalism, seeping into his sensibility. “I am passionately interested in freedom as an abstract proposition,” he wrote to Goldman in 1925, “and I am devoting my life to helping the acquirement of it along wherever I can”—but he was also “hopelessly christian in sentiment, although hopelessly sceptical” and “indolent in a sort of Buddhistic manner.” Alsberg could admire Goldberg and Berkman for their certainty and militancy, for the clarity of their thinking, but he could never match them—so he believed, anyway.

Goldman was only 12 years older than Alsberg, but the emotional currents of their correspondence nudged her into a maternal role. To Goldman, Alsberg was “old grouch,” “old lobster,” “dear old Henry,” sometimes “Hank”—even “old Hanky boy.” Her fondness for him was inflected with amusement and a small bit of irritation. They discussed friends and comrades and adversaries. They conferred over apartments and compared their unsettled living situations. Both of them could be touchy and aggrieved—Goldman forthright as a soapbox speech, Alsberg self-pitying and sarcastic—but tension between them always dissipated. They seemed never to discuss the intensely private matter of Alsberg’s sexuality, a fact held close for his entire, solitary life. Perhaps he felt they didn’t need to. They talked about Gandhi and the Russian Revolution and The Nation (“as smug and comfortable as any oily middle class sheet,” according to Goldman). For years they shared a running joke about gefilte fish.

As he composed his letter, Alsberg was excited by the thought of meeting his friend on Manhattan soil. Goldman hadn’t set foot in New York since 1919, when she, Berkman, and 247 other alien radicals were loaded onto a ship and booted out of the country. (That happened in another December, at dawn, Goldman peering bitterly through a porthole at the Statue of Liberty as the buildings receded and the bay opened into the gray Atlantic.) Alsberg was a stranger to her then. Now he was a friend, but he’d only sat beside her in foreign places, usually briefly, and he was eager to welcome her to town.

“I am passionately interested in freedom as an abstract proposition, and I am devoting my life to helping the acquirement of it along wherever I can.”

That night, the Depression was also on Alsberg’s mind. Their correspondence since 1929 hadn’t much brought up the economic crisis. They usually discussed Goldman’s manuscript—a commercial flop for Knopf when it finally appeared in 1931, another casualty of the 50 percent drop in sales that rocked the publishing industry in the years following the crash.

In December 1933, as Alsberg wrote, the country was six months past the flurry of legislation known as the One Hundred Days, when the Roosevelt administration fed a compliant Congress a series of bills that sought to alleviate the Depression. In the short term, their efforts stopped the banking panic and boosted federal spending on unemployment relief. But the One Hundred Days also restructured the economy—agriculture, industry, labor, and banking—in ways that, six months later, were only beginning to be understood. Two new institutions, the Tennessee Valley Authority and the Public Works Administration, inaugurated planned regional development and public works construction on an unprecedented scale—and signaled policies to come.

And yet 1933 was still a dismal year, likely the worst of the entire Depression. Gone since 1929: three quarters of the value of all financial assets, $7 billion in bank deposits, half of the gross national product. Hundreds of thousands of homes were lost to foreclosure. A quarter of the total workforce was unemployed. Marriage, divorce, and childbirth rates all plummeted— consequences of the Depression’s paralyzing effect on daily life. And even though Alsberg had been an intellectual adrift for years before the economic crisis—shuttling between continents, owning no real property, providing for no dependents, enjoying no steady employment—he felt the deepening misfortune around him acutely.

This country is in a fearful mess, of course. Nobody knows which way he is going or coming. But we are all hoping that a mysterious providence which takes care of drunken sailors and Americans will do something about something. Otherwise these happy states will become a vast poorhouse in which we shall all try to live by taking in each others’ washing—until there is no wash left, and then we shall simply run around in a state of nature.

He added, “With this result in view I have been trying to diet and conserve my beautiful figure.” The remark was typical of the dark humor Alsberg brought to occasions of stress. And lately, his life had felt like one prolonged stressful occasion. He was deep into middle age with no fixed address, no consistent career path, no great literary achievement to his name. And, despite his friends and many acquaintances, he was painfully lonely. He was, to himself, a wretched figure.

I don’t see why you bother with me at all. I have been most neglectful and am certainly, in a practical way, no use to anyone any more, least of all to myself. I have fallen from even the modest imminences I may once have occupied. I am less than nothing, less than the ground you shall tread upon your triumphant return. Nobody pays any attention to me any more, and I don’t pay attention to anybody. I am in complete retirement, mentally, physically (not altogether, however), and morally. A completely debacled intellectual liberal. Expect to find me in my intellectual rags and tatters, barefooted, brazen and unashamed. I am, as it were, a beachcomber, on this garbage-strewn strand that calls itself a metropolis.

He sent the letter and that grim year of 1933 came to a close. But soon Alsberg would face another disappointment. Emma Goldman did not arrive in New York as expected. (Her trip was delayed by visa issues.) After the New Year, he wrote to her again, soliciting advice. Should he give it all up and move to a friend’s cooperative farm in Michigan? He could attend to his writing and do cultural work among the farmers—perhaps teaching classes—and handle some of the physical labor. “I am not such a terrible carpenter myself,” he wrote, “and, as to farming, I can tell a cucumber from a strawberry, and lettuce from cabbage.” He was willing, it seemed, to entertain any path that would give him purpose—“something productive and real and profitless.”

He signed off, “Take care of your health, and don’t forget your quite useless correspondent.”

He had no inkling that, while he stewed in feelings of uselessness, the New Dealers transforming the country would soon find a use for him. Within months, he’d be in Washington, working alongside them, helping to address the “fearful mess” that had befallen the nation. And in a year and a half, he would be swept into the directorship of the most ambitious national literary project ever attempted anywhere. 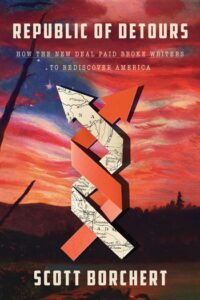 Scott Borchert is a writer and editor based in New Jersey, and a former assistant editor at Farrar, Straus and Giroux. He holds a master’s degree in cultural reporting and criticism from the Arthur L. Carter Journalism Institute at New York University, and his work has appeared in Southwest Review, Monthly Review, The Rumpus, PopMatters, Brooklyn Magazine, and other publications. 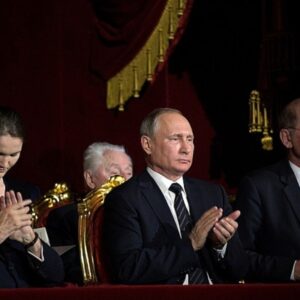