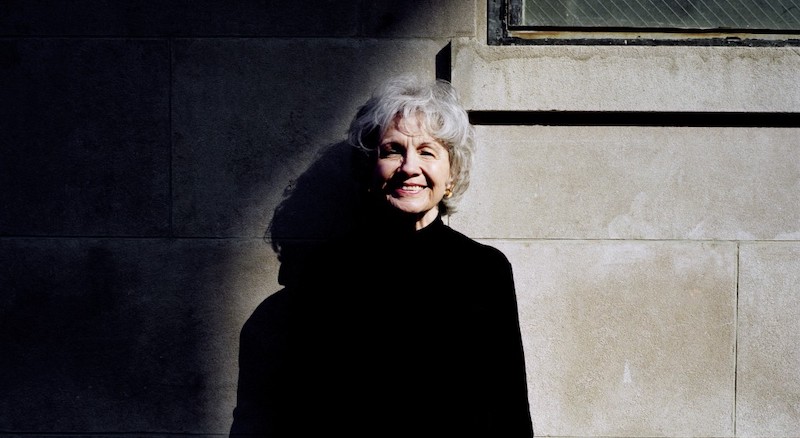 Is Alice Munro’s Lone Novel… Even a Novel?

“My ambition is to write a novel before I die.” When Alice Munro said this, in 1998, she was not at an age when we might expect to hear such an announcement: not 20 or 30, but a few years shy of 70, and already known as one of the world’s best short story writers. With seven collections behind her, Munro would go on to author six more, and in 2013 she would join Toni Morrison as one of only two North American writers of fiction to win the Nobel Prize in the last 40-plus years.

But the novel Munro was dreaming of would remain unwritten, a source of regret in spite of the fact that, according to some accounts, Munro was said to have already published one, Lives of Girls and Women, in 1971. The story of Del Jordan’s coming of age in small town Ontario in the years after World War II, Lives of Girls and Women is Munro’s second book, and her only novel—or is it?

Today, there is no easy answer or consensus to reach about which genre the book belongs to. The term “a novel” is clearly displayed on the cover and jacket copy. Yet over the years, Munro has tended to be hedging about that description, if not outright disparaging, saying it is not “a real novel” and a manuscript she was close to abandoning before deciding to break up the narrative into a series of stories. Like The Beggar Maid, another Munro book whose stories trace the development and maturation of a single heroine, in Lives of Girls and Women we find, in place of a novel’s conventional plotting, scattered set pieces occurring over several years.

So the book may be a story cycle rather than a novel—and for what it’s worth, this is how Wikipedia identifies it—but what if it’s not even that? On the copyright page is a notice alerting us the work is “autobiographical in form but not in fact,” and thus we are instructed to see Del’s fate as standing in for Munro’s own, with the two sharing the same aspiration. “I saw that the only thing to do with my life,” Del declares, “was to write a novel.” Though it may seem modest or restrained compared to such later Munro stories as “Carried Away” or “A Wilderness Station,” stories that are themselves novels in miniature, fifty years on Lives of Girls and Women deserves to be read more widely than it is, since it reveals what no other book manages to convey with such honesty and directness: it tells us how Alice Munro became Alice Munro.

One reason Munro might have held onto the novel-writing ambition for so long is because she has always suggested the story, as a form, chose her, rather than the other way around. In the beginning they were all she had time for. Munro married her first husband in 1951, at the age of 20, and as a young mother could write only for a few hours each afternoon, while her daughters napped. So she wrote stories, unable to marshal the sustained concentration necessary for a longer project. These early efforts she deemed “practice, till I got time to write a novel.”

In the beginning stories were all she had time for.

Her influences also had something to do with it. Munro has said she was drawn to writers like Eudora Welty, Katherine Anne Porter, and Flannery O’Connor because in their portrayals of the American South she recognized a milieu, rural and isolated, similar to the one near Wingham, Ontario where she was raised—and because they wrote stories. “Women could write about the freakish, the marginal,” Munro stated, noting the sexist assumptions of the marketplace, “whereas the mainstream big novel about real life was men’s territory.”

Her best work betrays a novelist’s liberty, particularly when it comes to chronology. Between pages one and two of “The Bear Came Over the Mountain,” for instance, 50 years elapse.

Of course, what Munro ended up doing in books like The Love of a Good Woman, Hateship, Friendship, Courtship, Loveship, Marriage, and Runaway was bridging the distance between the two forms, and showing us just how much one can get away with and squeeze into a short story. Her best work betrays a novelist’s liberty, particularly when it comes to chronology. Between pages one and two of “The Bear Came Over the Mountain,” for instance, 50 years elapse. In “Carried Away,” Munro concludes the drama by returning us to the earliest point in time and providing an improbable though luminous sense of closure. And try mapping the chronology of “Family Furnishings,” one of the stories in Hateship. If the shape is at all legible, you’ll come back with a spiral or helix, as the story shuffles back and forth across three time periods.

In stories such as these, Munro will range across the whole life of a character. A story might center on a day or series of days, but it will also flash back and forward to capture how the meaning of those days changes over time. So the event dramatized will be pivotal in the way we expect such pivotal moments to appear in short fiction, but not pivotal in any singular or lasting sense; its meaning is provisional and bound to shift. In Munro’s world, memory is itself contingent, and this is another reason her stories feel novelistic in scope and effect. They have an embroidery, a multilayered weight or texture, that we associate with longer works.

Lives of Girls and Women, written so early in Munro’s career, does not have this kind of technical freedom. The book is linear, proceeding from the time of Del’s childhood until the end of high school, and though we are told it is “autobiographical in form but not in fact,” many of the facts line up. Jubilee, the book’s setting, is modeled on Wingham, and Del’s mother resembles Munro’s, freethinking and socially isolated in part for that reason. The book’s title comes from one of her homilies. “There is a change coming I think in the lives of girls and women,” she says to Del. “But it is up to us to make it come.”

A sleight-of-hand can be detected here, as this speech takes place in the 1940s but was written in the early 1970s, amidst the upheavals and reassessments of second wave feminism. The change referred to will come after the lives of many of the girls and women Del meets in Jubilee. Unlike her closest friend, Naomi, she wants something more than just to get married; she wants her independence, an identity.

Literature will be the instrument. From the earliest age Del is attempting verse and scribbling drafts of a novel, and she describes herself as “somebody who believed that the only duty of a writer is to produce a masterpiece.” There are no models for her to follow, no other writers in Jubilee, unless you count her uncle, Craig, a township clerk who spends his free time writing a history of the region. A storehouse of ephemera, of lot sales, fires, and shifts in the weather, his opus runs to almost a thousand pages. After his death his sisters entrust the manuscript to Del, saying, “We hope someday that you’ll be able to finish it.” But Del puts the book in her basement. Years later, when the pages are damaged by a flood, Uncle Craig’s book is thrown out. His history is lost.

Except in a sense it isn’t, since in her fiction Munro carried on that history, writing about the people she grew up around, farmers and their wives, soldiers and brides, salesmen with their far-reaching, solitary beats—a populace long seen as marginal, if not altogether freakish. She also set some of her finest work in the past, in the days of her immigrant forebears. “A Wilderness Station,” an epistolary story that is one of Munro’s very best, takes place in the 1850s and revolves around a death that may have been accidental and may have been a murder. We can never be sure, since Munro refuses to endorse one telling over another. In her stories events often turn out to be slippery and unreliable, and if they add up to a kind of history of Ontario, it is a history that reflects on its own sources and construction, noting the mystery, error, and concealment that lies at the heart of the official record of things.

“I have written about it and used it up,” says the narrator of “Home,” a story Munro published a few years after Lives of Girls and Women. In it she imagines returning to her hometown to care for her ailing father. But Munro never did—she never used it up, and Del also comes to understand she won’t have to leave home to find material. It is all around her, inexhaustible though latent, for what she must learn to do—the job of any writer—is to take the parochial and make it universal. “People’s lives, in Jubilee as elsewhere,” she says, “were dull, simple, amazing and unfathomable.”

Ultimately, Lives of Girls and Women may resist definitive classification. Read it and decide for yourself if it’s a novel, short story cycle, or autobiography. What it does is chart, with an expert sensitivity, the formation of a consciousness, a writerly intelligence. By the end of the book Del has become like her uncle, jotting down lists, recording the names of shop owners and slain soldiers on monuments. And yet no list, she writes,

could hold what I wanted, for what I wanted was every last thing, every layer of speech and thought, stroke of light on bark or walls, every smell, pothole, pain, crack, delusion, held still and held together—radiant, everlasting. 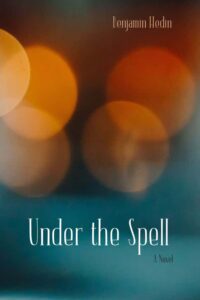 Under the Spell by Benjamin Hedin is available now from TriQuarterly Books.

Benjamin Hedin is the author of a novel, Under the Spell, recently published by Triquarterly/Northwestern University Press. A Grammy-nominated documentary filmmaker, he has written for The New Yorker, Time, the Atlantic, the Oxford American and other publications. He lives in Atlanta. 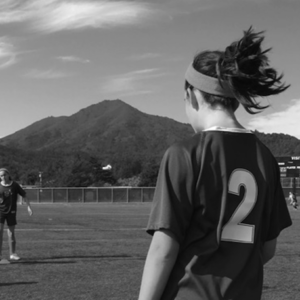 I was on the sideline of a soccer field two Saturdays ago, watching my 12-year-old daughter and her Novato teammates. I don’t...
© LitHub
Back to top
Loading Comments...