TOMORROW: In 1917, poet Gwendolyn Brooks, the African-American to win the Pulitzer Prize, is born.

Jill Watts recommends ten life stories of forgotten civil rights pioneers • Masha Gessen on American autocracy and the end of meaning • How Shanghai became a city of literary experimentation • On Sam Sharpe and the revolt that ended British slavery • ON THE FRAGILE LINE BETWEEN DEMOCRACY AND FASCISM: Aleksandar Hemon: fascism is not an idea to be debated, it’s a set of actions to fight · Natasha Lennard on anti-fascism and the criminalization of protest in America · Timothy Snyder on the importance of disobedience · Never again what? Giacamo Lichtner on Primo Levi · John Freeman on state misinformation and the role of the whistleblower · Ariel Saramandi on the aesthetics of the American dictator · Ece Temelkuran on losing one’s democracy to a populist demagogue · Grigory Yavlinsky on how a dictator holds on to power · Federico Finchelstein on the political art of spinning lies into myth · A good journalist understands that fascism can happen anywhere, anytime: on the writing of Dorothy Thompson · Lorraine Berry on Donald Trump, and Umberto Eco’s 14 ways of spotting a fascist •  Poet Ali Black on protest, laughter, and finding breath • Peter Pomerantsev on the bots vs. the activists • Robin Wall Kimmerer on choosing a relationship to the land not defined by greed • Honorée Fannone Jeffers on the endless mourning of the present •  Héctor Tobar reflects on a generational uprising, and witnessing history in the making • Wayétu Moore on surviving conflict as a child in Liberia • Remembering Florence Nightingale in the Year of the Nurse • How capitalism created sexual dysfunction

“The brutality with which Negroes are treated in this country simply cannot be overstated, however unwilling white men may be to hear it”: a 1963 review of James Baldwin’s The Fire Next Time • The Southern Reach Trilogy, Pnin, The Secret Garden, and more rapid-fire book recs from Jenny Zhang • Little Family author Ishmael Beah shares five books he read in primary school about people and animals surviving the fates they are dealt, from Treasure Island to Animal Farm • James Holland on the five best books about D-Day • Megha Majumdar’s A Burning, Brit Bennett’s The Vanishing Half, and Masha Gessen’s Surviving Autocracy all feature among the Best Reviewed Books of the Week

The Language Wars of the Revolution 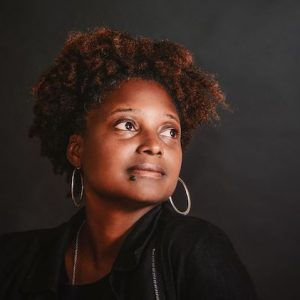 Yesterday, riding my much-cheaper-than-a-Peloton bike and bobbing to Killer Mike and El-P on Run The Jewels 4, you could...
© LitHub
Back to top