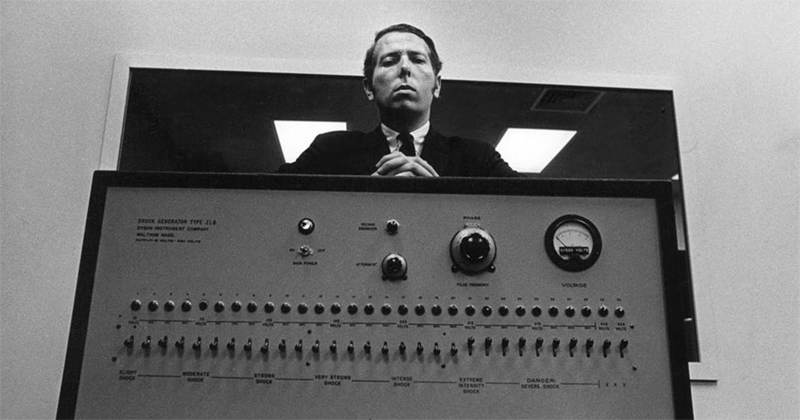 Resist Authoritarianism by Refusing to Obey in Advance

From Nazism in Austria to the Milgram Experiment

Do not obey in advance.

Most of the power of authoritarianism is freely given. In times like these, individuals think ahead about what a more repressive government will want, and then offer themselves without being asked. A citizen who adapts in this way is teaching power what it can do.

Anticipatory obedience is a political tragedy. Perhaps rulers did not initially know that citizens were willing to compromise this value or that principle. Perhaps a new regime did not at first have the direct means of influencing citizens one way or another. After the German elections of 1932, which permitted Adolf Hitler to form a government, or the Czechoslovak elections of 1946, where communists were victorious, the next crucial step was anticipatory obedience. Because enough people in both cases voluntarily extended their services to the new leaders, Nazis and communists alike realized that they could move quickly toward a full regime change. The first heedless acts of conformity could not then be reversed.

In early 1938, Adolf Hitler, by then securely in power in Germany, was threatening to annex neighboring Austria. After the Austrian chancellor conceded, it was the Austrians’ anticipatory obedience that decided the fate of Austrian Jews. Local Austrian Nazis captured Jews and forced them to scrub the streets to remove symbols of independent Austria. Crucially, people who were not Nazis looked on with interest and amusement. Nazis who had kept lists of Jewish property stole what they could. Crucially, others who were not Nazis joined in the theft. As the political theorist Hannah Arendt remembered, “when German troops invaded the country and Gentile neighbors started riots at Jewish homes, Austrian Jews began to commit suicide.”

The anticipatory obedience of Austrians in March 1938 taught the high Nazi leadership what was possible. It was in Vienna that August that Adolf Eichmann established the Central Office for Jewish Emigration. In November 1938, following the Austrian example of March, German Nazis organized the national pogrom known as Kristallnacht.

In 1941, when Germany invaded the Soviet Union, the SS took the initiative to devise the methods of mass killing without orders to do so. They  guessed  what their superiors wanted and demonstrated what was possible. It was far more than Hitler had thought.

At the very beginning, anticipatory obedience means adapting instinctively, without reflecting, to a new situation. Do only Germans do such things? The Yale psychologist Stanley Milgram, contemplating Nazi atrocities, wanted to show that there was a particular authoritarian personality that explained why Germans behaved as they had. He devised an experiment to test the proposition, but failed to get permission to carry it out in Germany. So he undertook it instead in a Yale University building in 1961—at around the same time that Adolf Eichmann was being tried in Jerusalem for his part in the Nazi Holocaust of the Jews.

Milgram told his subjects (some Yale students, some New Haven residents) that they would be applying an electrical shock to other participants in an experiment about learning. In fact, the people attached to the wires on the other side of a window were in on the scheme with Milgram, and only pretended to be shocked. As the subjects (thought they) shocked the (people they thought were) participants in a learning experiment, they saw a horrible sight. People whom they did not know, and against whom they had no grievance, seemed to be suffering greatly—pounding the glass and complaining of heart pain. Even so, most subjects followed Milgram’s instructions and continued to apply (what they thought were) ever greater shocks until the victims appeared to die. Even those who did not proceed all the way to the (apparent) killing of their fellow human beings left without inquiring about the health of the other participants.

Milgram grasped that people are remarkably receptive to new rules in a new setting. They are surprisingly willing to harm and  kill others  in the service of some new purpose if they are so instructed by a new authority. “I found so much obedience,” Milgram remembered, “that I hardly saw the need for taking the experiment to Germany.” 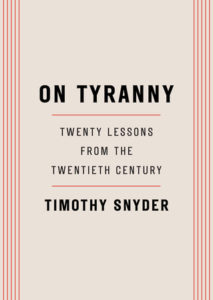 From On Tyranny: Twenty Lessons from the Twentieth Century. Copyright © 2017 by Timothy Snyder. Published by Tim Duggan Books, an imprint of the Crown Publishing Group, a division of Penguin Random House LLC.

Timothy Snyder is the Levin Professor of History at Yale University. He is the author of Bloodlands: Europe Between Hitler and Stalin and Black Earth: The Holocaust as History and Warning. Snyder is a member of the Committee on Conscience of the United States Holocaust Memorial Museum and a permanent fellow of the Institute for Human Sciences in Vienna.

Why the First Amendment is Important for Publishers

Ancient Astronaut Aryans: On the Far Right Obsession with Indo-Europeans

Why the First Amendment is Important for Publishers

For those of us who have to make significant​ decisions on First Amendment issues, ​our choices​ are, by necessity,...
© LitHub
Back to top
Loading Comments...
Comment
×