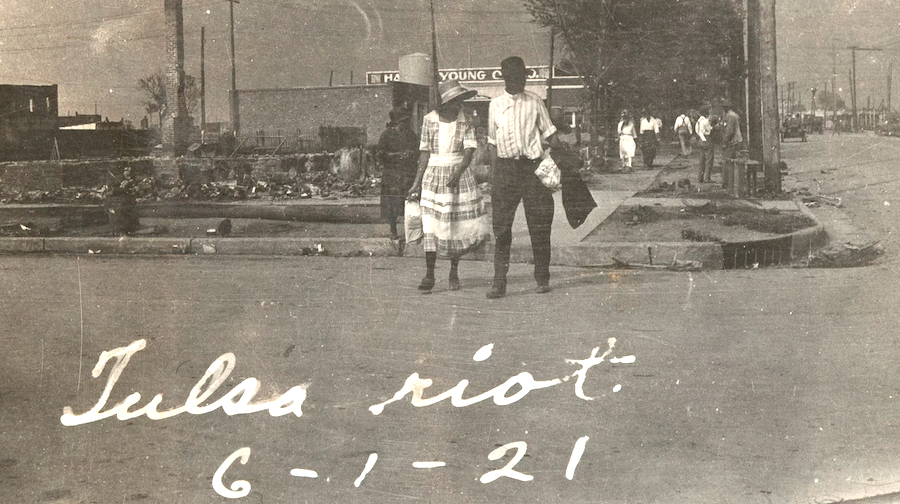 "Even when Barack Obama became president the names of the recent dead haunted my sleep."

I prayed before writing you this letter, on this evening, when young African American folks have taken to the streets to protest Derek Chauvin murdering George Floyd in Minneapolis. Once again, a white police officer has killed a Black person. This is a scary moment for me, a southern, Black woman who has tended historical altars for 30 years. This is a burning time, and I am quite familiar with fire.

I suspect you want me to offer you some wisdom over the events of the past week. In saying that, I don’t mean to accuse you of any crime. Our friendship is rare, that between a white man of ancestral privilege and a Black woman at intersectional crossroads. I dearly want to communicate my profound Agape love for you. To let you know that I consider you my true brother. And yet, at the same time, I am enraged at some folks who look like you.

I’m writing you from my house in Norman, 20 miles from Oklahoma City, the capital of the state. This is a university town, home to the flagship institution at which I’ve taught for 18 years. Norman used to be a “sundown” town, where Black folks could not live or even stand around in, after the setting of the sun. This same town is one 130 miles from Tulsa, the site of the 1921 Race Massacre, when white men descended upon the Black residents of the Greenwood district. Those men murdered around 3,000 African American women, men, and children. Planes flew over the neighborhood and dropped firebombs. Sometimes, I imagine the terror of my people, as they tried to shield the small bodies of their young.

When I bought a home in this town, I sat in my used car and cried with gratitude for the sacrifices of my ancestors. What a blessing: to own a home, instead of being owned.

I moved here in the summer of 2002, driving west past an exit for Okemah, Oklahoma. It’s a town familiar (to me) from a Terrance Hayes poem about a white mob that lynched Laura and L.D. Nelson, a Black mother and son, in 1911. Whenever I drive back to visit my family in Alabama and Georgia, I say prayers as I pass the Okemah exit sign.

Different white colleagues have asked me, why did I move to Oklahoma, since I don’t have family here? When I’ve said, I came for the job, they replied with understanding about why I’d left the south. That region being so racist, and everything. But these micro-aggressive encounters have been inconsequential, compared to those other Black folks have faced. After all, I’m still alive.

I’ve weathered other cuts: the insulting comments on my semester evaluations from students who were “tired of talking about race.” The diversity workshops where white faculty members insisted that white male students “were being persecuted.” The yearly racist scandals involving white students—and this year, involving white faculty. Through the years, I’ve told myself I have survived. I’ve paid my bills. Fifteen years ago, when I bought a home in this town, I sat in my used car and cried with gratitude for the sacrifices of my ancestors. What a blessing: to own a home, instead of being owned.

The tragedies of this state—of Okemah and Tulsa—began to echo, however, with the growing numbers of police killings of Black folks. Even when Barack Obama became our first, African American president, the names of the recent dead haunted my sleep. A biblical litany. In 2016, when Donald Trump was elected, my rage finally awakened, like a usually-placid creature prodded in its den.

I understood that, hidden within the mass of supposedly kind, white progressives who had voted for Obama were those who literally turned around and voted for Donald Trump. Not a few, but actually—Russian interference aside—many white progressives voted for Trump, the man who took out a full-page advertisement calling for the execution of five, Black teenagers. Trump, who didn’t even apologize when, years after those Black boys had been brutalized in prison, they were exonerated by DNA evidence. This week, instead of offering comfort to Black folks for the constant, violent transgressions against our people and communities, Trump is hiding in the White House bunker, calling for the National Guard to use “dominance” towards (mostly) Black protestors, people who are supposed to be citizens of this country.

John, the only wisdom I can offer you is, this moment is not new. It didn’t begin with the policeman who kneeled on the neck of somebody for nearly nine minutes, ignoring frantic pleas for air and humanity. Yes, Derek Chauvin is a murderer, but he’s an opportunist of the times, a sharp-eyed vulture who saw vulnerable flesh.

Those white progressives who supported Trump are opportunists as well. When they voted for Obama, they believed that absolved them of the racist history of this country, that this history was no longer their concern. This betrayal by white progressives is one reason why Black folks are so angry right now. Our rage is not simply at the racist police or the current, racist occupant of the White House. So much of our anger is directed at those who we thought were our true friends.

At best, white progressives abandoned Black folks because they believed if they ignored our fear and anger, that would make racism evaporate. At worst, white progressives took the opportunity to discard the strenuous, anti-racist work that (eventually) will unite this country. But it doesn’t really matter why they voted for Trump. He’s in the White House, we are living with that reality, and the past four years have proven that, as usual, African Americans are on our own.

At least we knew who—what—Derek Chauvin was, when we saw him casually murder George Floyd and discard his body. But tonight, as I consider the endless list of my murdered kindred, as I try and fail to sleep in this house, I wonder, whom can I trust?

Which one of my white friends offered me their Judas kiss?

Honorée Fanonne Jeffers is the author of five poetry collections, including The Age of Phillis: Poems (Wesleyan University Press, 2020) and The Gospel of Barbecue (The Kent State University Press, 2000), which was selected by Lucille Clifton for the Stan and Tom Wick Poetry Prize. Jeffers has been a resident at the MacDowell Colony and won awards from the Rona Jaffe Foundation for Women Writers and the Barbara Deming Memorial Fund for Women. In 2011, she received a fellowship from the National Endowment for the Arts. She won the Harper Lee Award for Alabama's Distinguished Writer of the Year in 2018. She is currently a professor of English at the University of Oklahoma and lives in Norman, Oklahoma.

Writing the Story of a Disappearing City 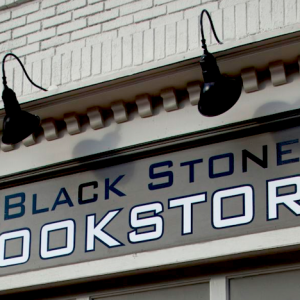 When I started Book Post, a book-reviewing newsletter, about two years ago, after working for many years at The New York...
© LitHub
Back to top