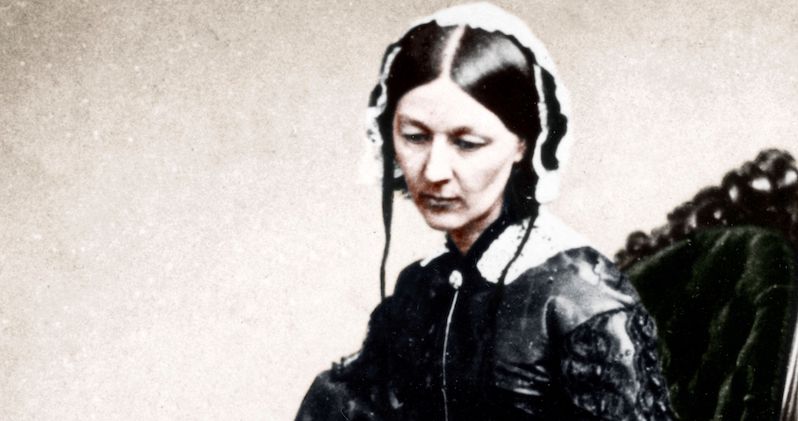 Remembering Florence Nightingale in the Year of the Nurse

Dr. Danielle Ofri on the Birth of the Patient Safety Movement

This year marks two decades since the landmark Institute of Medicine report “To Err is Human” launched the modern patient safety movement. It also marks two centuries since the birth of Florence Nightingale, who arguably created the concept of patient safety, even if she didn’t use such terms. It’s no wonder, then, that the World Health Organization has deemed 2020 “The Year of the Nurse.” Nightingale’s medical contributions weren’t just revolutionary, they were prescient, almost to an unsettling degree.

One of the most renowned patient safety interventions today is the checklist for preventing infections from central-line venous catheters. The checklist seemed rather ridiculous when it was introduced in 2006—wash your hands, clean the patient’s skin, cover the patient with a sterile drape, wear sterile garb, then put a sterile dressing on the patient when you are done. It was like checklisting the steps for brushing your teeth.

The intervention has now assumed legendary status because central-line infections essentially dropped to zero, but the most interesting aspect to me is the resistance this faced in the beginning. The medical profession didn’t consider these infections as preventable harms; they were largely viewed as regrettable outcomes that would occur in a certain percentage of cases. And certainly no one was spending much effort measuring these infections.

A century and a half earlier, a young Florence Nightingale was working in a British Army hospital in the Scutari region of the Ottoman Empire during the Crimean War. She was appalled by the abysmal conditions. At least four times as many soldiers died of disease than died on the battlefield—numbers that came to light only because Nightingale actually tracked the data. The military bureaucracy was apoplectic with frustration at Nightingale’s insistence on detailed record-keeping, but she persevered.

There was pushback, of course. Just as it was accepted wisdom that catheter-related infections simply came with the territory, so were deaths in military hospitals considered part and parcel of war. Nightingale angrily noted that the “sound principles of Hygiene are by no means widely spread” because people continued to accept “contagion as an unavoidable cause of death.” The idea that how we care for patients can cause harm was just as threatening to the medical establishment in the 1850s as it was in the early 2000s.

In her book Notes on Hospitals she wrote with a rather modern style of pithy irony: “It may seem a strange principle to enunciate as the very first requirement in a hospital that it should do the sick no harm. It is quite necessary, nevertheless, to lay down such a principle.”

Nightingale’s book preceded the IOM’s report by 136 years, but the gist of the message was similar: medical care can actually be dangerous for patients and one must focus on fixing the system in order to improve overall health and safety. Nightingale set rigorous standards for hygiene, wound care, food preparation, medical supplies, and patient triage. Over the course of the year 1855, the mortality rate in the hospital dropped sharply, from thirty-three to two percent.

It’s somewhat ironic that all five steps in the central-line checklist are present in Nightingale’s own formula for improving patient care. The word “sterile” is used where she said “clean,” but otherwise her rules are essentially the same—wash hands, clean the patient’s skin, use clean coverings for the patient, use clean clothing for the staff, cover the wound with clean dressing.

From rigorous documentation and scrupulous clinical technique to a focus on systems improvement and implementation, it’s no wonder Nightingale is rightly honored for demonstrating the central role of nurses in tackling the issue of patient safety.

A considerable part of this comes from the fact that nurses interact with hospitalized patients more than most any other member of the team. Sustained and intensive clinical contact is likely a patient’s most powerful layer of protection from medical error and harm. Circumstances that compromise this contact, therefore, are a threat to patients’ health.

Because of chronic staffing shortages, many nurses end up working overtime. In some hospitals, what is meant to be a stopgap measure has become standard operating procedure.

In a survey of 11,516 nurses, those who worked more than the standard 40 hours per week reported 28 percent more medication errors. They also experienced 28 percent more needle stick injuries to themselves. Hospitals often find themselves in a bind because of mandated nurse-to-patient ratios. If they fall short, they either have to push their own nurses to work overtime or hire per diem nurses from outside agencies, who may not be familiar with the hospital routines. Both situations are setups for medical error.

A study of 232,342 surgery patients examined nurse-to-patient ratios and mortality. To no one’s surprise, the heavier the patient load per nurse, the higher the mortality rate. The researchers calculated that for every additional patient added to a nurses’ roster, the odds of a patient dying within thirty days increases by seven percent.

A subsequent study focused on a single hospital, examining day-to-day and shift-to-shift variations in nursing staffing. They examined 197,961 patients and calculated that mortality increased by two percent for each individual shift that fell below target levels for nursing staff. Moreover, they noted that mortality also increased by four percent per shift when there was high patient turnover—admissions, discharges, transfers.

These studies underscore that adequate nurse staffing is critical and that staffing needs to be adjusted upward at busier times and for sicker patients. Skimping on nursing is a patient-safety hazard.

Nurses have reported that speaking up can be a “high-risk, low benefit” action especially if the administration doesn’t fully have their backs.

Florence Nightingale’s experience of pushback from the medical establishment is, unfortunately, not uncommon. Nurses often get the unspoken—and the not infrequently spoken—message from doctors that their medical opinion ranks lower on the totem pole.

But collaboration isn’t just a politically correct buzzword, it is actually one of the most important pillars of patient safety. Staff members from different disciplines and from all ranks need to be able to point out problems and errors without fear of being reprimanded or belittled. In practice, though, nurses have reported that speaking up can be a “high-risk, low benefit” action especially if the administration doesn’t fully have their backs. Structural inequalities between doctors and nurses in the healthcare system make it more difficult to speak up.

Peter Pronovost, the lead researcher for the central-line checklist, observed that “in every hospital . . . patients die because of hierarchy.” This is a sobering statement. If an institution is going to truly recognize the high-risk nature of medicine and commit to improving patient safety, it has to create an environment that fosters real collaboration. In scenarios where nurses speak up, teams function better.

This requires a commitment of resources—you need to have adequate time, space, and staff. (Overstretched staff who can barely keep their heads above water don’t have much bandwidth for collaboration.) It also requires a commitment of attitude—setting the example from the top that criticism is encouraged, that scapegoating won’t be tolerated, and that hierarchy and egos won’t rule the day.

As the Institute of Medicine pointed out 20 years ago, to err certainly is human. But, luckily, it’s also human to care intensely about decreasing medical error and minimizing preventable harm. With her iconic lamp, Florence Nightingale surely lighted the way for all of us who’ve come after her. On this bicentennial of her birth, all of us in healthcare could stand to recommit to her principles. Our patients surely stand to benefit. 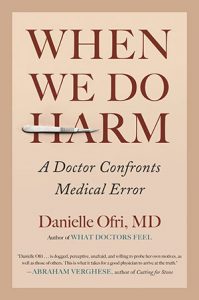 Excerpted from When We Do Harm: A Doctor Confronts Medical Error by Danielle Ofri, MD. Copyright 2020. Excerpted with permission by Beacon Press.

Danielle Ofri, MD, PhD, is a clinical professor of medicine at the New York University School of Medicine and has cared for patients at New York’s Bellevue Hospital for more than two decades. She is the author of several acclaimed books, including When We Do Harm, What Patients Say, What Doctors Hear; What Doctors Feel; and Singular Intimacies. Dr. Ofri is a regular contributor to the New York Times as well as to the New England Journal of Medicine and the Lancet. Her writings can be found at danielleofri.com and on Twitter (@danielleofri). She lives in New York City.

When We Hid From War in the Woods 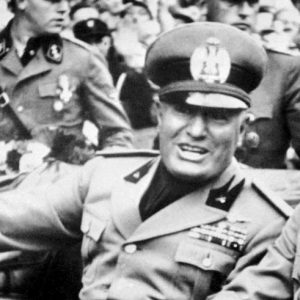 Among the many coincidences that can be found in the files of the covert history of Operation Long Jump are the parallel...
© LitHub
Back to top
Loading Comments...