TODAY: In 1861, the last installment the serialized novel Great Expectations is published in Charles Dickens’ literary circular, All the Year Round.

What happens when Satanists try to build a public monument? • A.E. Stallings: “I am robustly optimistic about poetry, but that is maybe the only thing I am optimistic about” • The perils of designing a cover for a novel you truly love: Oliver Munday on redesigning Fleur Jaeggy’s 1989 masterpiece Sweet Days of Discipline • What can a book do in the face of war? Rachel Seiffert considers Svetlana Alexievich’s Last Witnesses • Stephanie Jimenez on learning to write girls with agency in fiction • Eight paranormal books to read right now, from the uncanny to the just plain weird • On the evolution of fatness in society • Angelique Stevens on what her mom’s library truly meant • Read a brief (and awful) history of the lobotomy • Using an

inner cheerleader to find writerly confidence • On the “field of ruins” order. The story of Hitler’s last desperate plan to destroy Paris • Sarah Elaine Smith on the art monster, late capitalism edition • The utopian dream and surveillance nightmare of electronic money • Leland Cheuk on the value of “method writing” • Suzanne Conklin Akbari on the encyclopedic genius of Melville’s masterpiece • How to spend a literary long weekend in Hartford, CT, more than just where Wallace Stevens walked to work! • James Tate Hill recommends five great audiobooks to make your summer road trip more entertaining • Walter Benjamin on the meaning of “barbaric” after WWI •  On the life of the first Chinese woman in America • The Lit Hub staff picks their favorite stories from July and recommends these August books

5 Sci-Fi and Fantasy Books to Watch For in August: feat. a 1920s-set Mexican fairy tale, a dark space opera, and R. F. Kuang’s sequel to The Poppy War • Alison Fraser talks tarot decks, poet-librarians, and Sylvia Beach the visionary archivist • The Cuban Comedy author Pablo Medina recommends five essential Cuban novels, from Alejo Carpentier’s The Kingdom of This World to Wendy Guerra’s Everyone Leaves • A new novel from Richard Russo, a history of the most misunderstood punctuation mark, and a memoir by Ben Folds all feature among the Best Reviewed Books of the Week

CrimeReads has your guide to all the best crime and mystery shows streaming this month • Tom Chatfield on the past, present, and future of the technothriller • A beginner’s guide to the classics of South Korean film noir • Patrick Coleman on the surprising affinities between noir and evangelicalism • S Kalisha Buckhanon on growing up amidst an epidemic of missing black women • Chandler Baker takes us through 6 of the most gripping workplace thrillers • Lisa Levy traces the evolution of the true crime memoir • Paul French takes a look at the long history of crime novels set in Buenos Aires • July’s most visually stunning (re: creepiest) crime and mystery book covers• Stephen Hunter gives us six pointers on how to write realistic gunfights 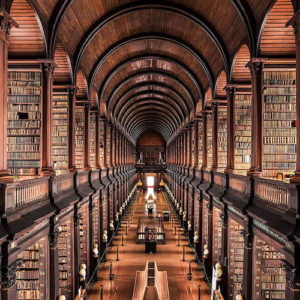 This year, for the first time in over two decades, a slew of work entered the public domain: everything first published in the United...
© LitHub
Back to top
Loading Comments...