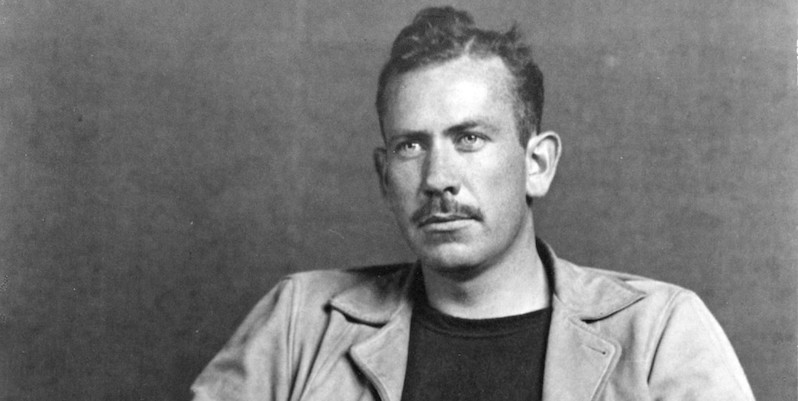 There’s a newly translated John Steinbeck story about a chef and his cat.

Long before funny cat content flooded every single corner of the internet, John Steinbeck, legendary dog person, was writing it for Le Figaro, proving once again that France gets all the good stuff before we do.

Steinbeck wrote “The Amiable Fleas,” or “Les puces sympathiques,” in 1954 for Le Figaro, one of a number of short stories he published while living in Paris. The Strand Magazine is publishing it now for the first time in English.

The story follows a chef’s efforts to earn a second Michelin star; at his side is his cat Apollo, a constant companion and critic (not to mention food taster). The Strand Magazine managing editor Andrew Gulli came across it while looking through the John Steinbeck Collection at the the University of Texas at Austin’s Harry Ransom Center. He told NPR’s David Greene he was surprised by how funny the story was.

“When I was reading it, I was thinking to myself, is this John Steinbeck? I mean nobody’s dead, nobody’s crying—” (here he corrects himself) “—there was some crying in this story, but a lot of it just was very funny.”

He contacted the Steinbeck estate and asked to publish an English translation, and the estate said yes. Bring on the Steinbeck food puns, and for the record, we made the “crêpes of wrath” joke in our office weeks before The Guardian said it. Weeks!