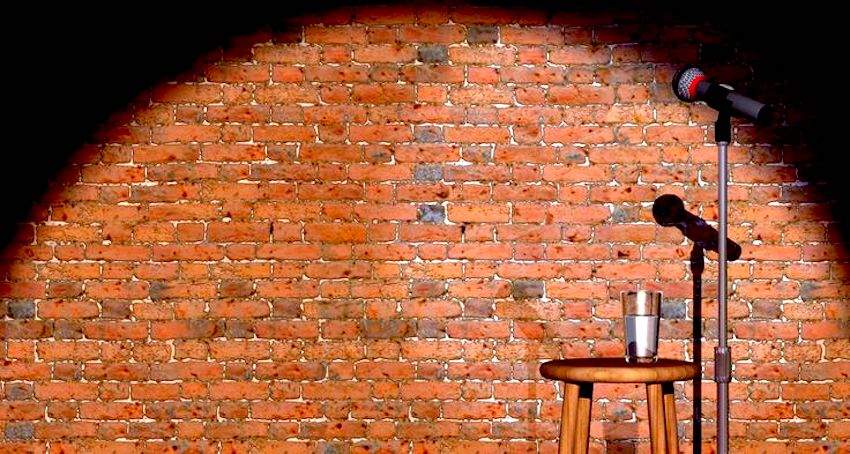 Leland Cheuk on Comedy, Immersive Research, and the Underrated Value of Experience in 2019

During one of my first open mics in New York City, the comic running the mic tapped me on the elbow after my set and said, “Hey, you’re funny!” She sounded surprised.

I was, too. Being funny wasn’t my main goal. I was there to spy on comics, trying to experience the highs and lows they faced while chasing their dreams, while doing standup as research for my forthcoming novel, No Good Very Bad Asian, which features a famed Chinese American comedian.

After writing a first draft in 2010, I wanted to validate what I had written and go beyond what I could learn from reading standup memoirs and listening to WTF with Marc Maron. I started with classes. But the first thing you learn from comedy teachers is that if you’re serious, you need to write jokes constantly and chase stage time (anywhere: open mics, bar shows, birthday parties, bar mitzvahs, subway platforms, you get the idea) several nights a week, if not every night, for years on end—it’s the only way to get better. Comedy can’t easily be taught; it must be done.

So there I was, waiting anywhere from two to four hours several nights a week to try out a dozen jokes in front of 20 to 30 aspiring comedians who do the weakest impression of an attentive audience—and one pays for this privilege! (If this sounds appealing to you, badslava.com has a terrific list.)

From Daniel Day-Lewis spending the entire shoot of My Left Foot in a wheelchair, to Charlize Theron gaining 30 pounds to play a serial killer in Monster, method acting is often celebrated as the paragon of an artist’s commitment to creative authenticity. Method acting’s roots go back to the early 20th century, when the Russian theater actor and director Konstantin Stanislavski developed a system for actors to more fully empathize with their characters through what he called “the art of experiencing.” Stanislavski’s system was then modified and taught in the U.S. by famed acting teachers Lee Strasberg, Stella Adler, Sanford Meisner, and others.

Method writing doesn’t often come up in craft discussions about writing. But in an age when every detail is readily Googleable and/or viewable on YouTube, the art of experiencing can seem unnecessary, even indulgent. Who has time for immersion in anything other than making a living these days? But if one includes work experience, many writers have engaged in some degree of method writing. John Steinbeck worked as a manual laborer before he wrote Of Mice and Men and The Grapes of Wrath. Graham Greene was a war correspondent in French Indochina when he wrote The Quiet American.

In an age when every detail is readily Googleable and/or viewable on YouTube, the art of experiencing can seem unnecessary, even indulgent.

For his novel A Brave Man Seven Storeys Tall, which is partially set in Iceland, Will Chancellor did a solo six-week thru-hike of Iceland, a journey that took him more than 700 miles. Because his protagonist becomes a conceptual artist, Chancellor worked with a friend who happened to be a successful artist (Daniel Subkoff) for a year and a half on a sculpture that exhibited in the New Museum in 2011. “I went from hating artists to loving them,” Chancellor said. “Yves Klein, Joseph Beuys, and Marina Abramovic are now three of my favorite artists. . . The opposite was the case before I started writing.”

After realizing that “something was missing emotionally” in her work, Carmiel Banasky, for her debut novel The Suicide of Claire Bishop, took walks as one of her main characters—a schizophrenic young man—using what she called “somatic imagining,” a term that also has roots in psychotherapy.

“I would walk through a field, or the wilderness park near my home, pretending to be my character, always with the question—how does it feel to be in their body?” she said. “I also listened to audio simulating auditory hallucinations, and I tried to feel in my body what it might mean to navigate the city while believing everyone is looking at you, thinking negative things about you, how difficult simple tasks become. Emphasis on tried—there’s no way for me to get that experience completely right on the page, as it’s not my experience, but it was worth the effort.”

Kenyon Review and MacDowell Colony Fellow Misha Rai rode along with female Indian Police Service officers and even spent a day locked in a district prison cell for her novel-in-progress, which is set during India’s Emergency, a period between 1975 and 1977 when Indira Gandhi’s government declared a state of emergency, suspended elections, and imprisoned political opponents. Rai said the experience helped quell self-doubts about her ability to tackle this highly controversial period in modern India’s history. “At times, I was overwhelmed by the breadth of what I had undertaken,” she said, “and research helped me find my way into confident storytelling.”

Building confidence in his project was also a main driver for method writing for My Pet Serial Killer author Michael Seidlinger. For his novel-in-progress, he rented a car and went on a road trip, going only to places recommended to him by connections on social media. No hotel rooms were allowed, and he left for his next destination within 24 hours. Seidlinger’s research goal was to “make physical the frenetic push of social media, stress-testing how connection works,” he said.

After three years of doing standup, I grew weary of the soul-killing open mics, “bringer” shows (bring seven friends and get five minutes of stage time!), and several nights a week in a bar or club. I had more success than I expected, getting “developmentally passed” at Broadway Comedy Club, formerly the New York Improv where Andy Kaufman and Robin Williams once performed. To be passed at a club means you’re invited to call into a special phone number to leave your weekly availability so that you might be asked to do a guest spot on one of the nightly shows—the first step toward getting into the paid rotation. (I never got a spot there despite calling many times.)

What I loved most was writing new jokes and finding out whether they worked on stage. The high of getting a crowd to laugh every 10 to 15 seconds is better than most drugs. Whenever I’d get nervous before a set, I’d remind myself that I was only doing research and my dreams weren’t at stake if I bombed. At open mics and bar shows, I got to see up-and-comers like Emily Heller, who writes for HBO’s Barry, Raquel D’Apice, who wrote for Last Week Tonight with John Oliver, as well as Jared Freid and Sean Donnelly, who now perform regularly at Comedy Cellar. The longer I did standup, the more often I thought: maybe I should be doing this instead of writing—I was like a deep cover agent who’d lost track of his true identity.

The moment you walk on stage, they’re sizing you up, developing expectations about your stage persona. Still, race, I observed, wasn’t as large of a component in an audience’s expectations of a white comic.

But I still had a novel to finish, and my standup experience changed the book I was writing. Only after doing standup did I clearly see the role of one’s physical appearance in comedy. If you are obese, you can’t avoid joking about your weight. If you are Chinese, you can’t avoid joking about your race. The longer you go without a joke about the way you look, the more distracted an audience becomes. The moment you walk on stage, they’re sizing you up, developing expectations about your stage persona. Still, race, I observed, wasn’t as large of a component in an audience’s expectations of a white comic. Only after doing comedy did race and identity become the dominant thematic concern in my novel.

Rai’s time with Indian Police Service also led to significant narrative revisions. “I was shocked to learn that even today. . .female police officers in India are rarely consulted about policy decisions or rarely in a position where they can help shape policy actively,” she said. “But this discovery also provided fuel for the novel, making me revise at least one plot point.”

For Banasky, method writing is a way of training one’s self to be more empathic. “The biggest surprise was both how accessible and inaccessible another human’s experience is,” she said. “Admitting to this was a boon. Without sounding like a romantic, writing is a practice in empathy, and perhaps research in particular opens up new connections in the mind that are exercised long enough (years per novel) that they stick.”

For Chancellor, this most recently meant touring cosmonaut training centers outside Moscow, paying to fly in a MiG fighter jet and ride in a centrifuge. “Suddenly spending three weeks in Russia in space training seems totally reasonable!” he said. “If you are going to call yourself the thing, then you have to do the thing.”

Leland Cheuk is the author of three books of fiction, including the novel The Misadventures of Sulliver Pong and most recently, No Good Very Bad Asian, forthcoming from C&R Press in October 2019. His work has appeared in Salon, Catapult, and Joyland Magazine, among other outlets. He has been awarded fellowships at The MacDowell Colony, Hawthornden Castle, Djerassi, and elsewhere. He runs the indie press 7.13 Books and lives in Brooklyn. 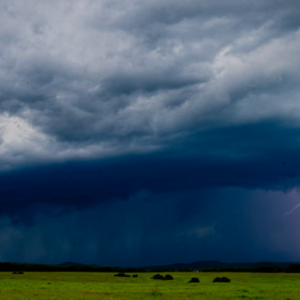