How Much Do Our Credit Cards Define Us?

“Better than money,” trumpeted the subhead amid visions of “computerized communities,” in Martin Greenberger’s 1964 article “Computers of Tomorrow.” He published it in the Atlantic, the same magazine that carried Vannevar Bush’s landmark proto-hypertext vision “As We May Think” in 1945. Like Bush, Greenberger was extrapolating the “information utility” of the future and its applications: “medical-information systems,” “automatic libraries,” simulation services, “design consoles … editing consoles … computerized communities.”Key to all of these would be that “better than money” platform: “These cards, referred to by some as ‘money keys,’ together with the simple terminals and information exchange, can all but eliminate the need for currency, checks, cash registers, sales slips, and making change.”

Greenberger meant something like the credit card infrastructure then being developed, relying on a highly centralized system of utility phone lines and existing banks and payment companies, plus a little futuristic magic. “Incidentally,” he promised, “we can look forward in the process [of adopting electronic money] to displacing another class of manual labor: miscellaneous thieves who prey on money. The increased possibilities for embezzlement through fraudulent accounting may attract some of the resulting unemployed, but there are ways that the computer can be deputized to police its own operation, quietly and without danger of corruption.” Do tell.

At a conference in Bordeaux six years later, the computer scientist John McCarthy was talking about something like those very “consoles” promised by Greenberger, with more rigor about putting them into practice.(This is the same McCarthy for whom Whitfield Diffie was housesitting in Berkeley when he developed his part of public key cryptography.) Considering the future of “home information terminals,” McCarthy was clear about the role “money” would play. Electronic money would enable new forms of digital commerce. He considered advertising, payments for information and articles—“the reader will have the system balk at what he considers overpriced material”—and as yet unrealized kinds of transactions. He anticipated “a profound effect on buying and selling.” But how do you verify these transactions? Though it may seem simple in retrospect, digitally verifying a transaction contains subtleties of identity, authorization, receipt, and proof.

Five years after, Dee Hock, the CEO of Visa, was proposing an answer. Hock belonged in the company of people like Buckminster Fuller, architect of geodesic domes and global networks, and the bearded cybernetic sage and management consultant Stafford Beer: jet-set sales reps for the utopian infrastructure of the 1970s, publicists for the cosmos. Hock, fascinated by emergent order and self-organizing processes in nature, had little interest in merely building a business for “Electronic Funds Transfer” (EFT). His sights were set on the social transformation of “Electronic Value Exchange” (EVE). EVE was what money would be, he wrote: “guaranteed alphanumeric data” in “arranged energy” owing seamlessly through computer networks around the Earth.

Though it may seem simple in retrospect, digitally verifying a transaction contains subtleties of identity, authorization, receipt, and proof.

For Hock, EVE would be a sister system to the nascent Internet, a global network machine with a related set of utopian fantasies. His design for the headquarters was a circular office, which symbolically contained the four corners of the planet, with sections devoted to each region’s culture and booths for real-time translation across languages.(He described his acrimonious departure from Visa as a search for “a life of anonymity and isolation … with books, nature, and uninterrupted thought,” as if he were a Taoist sage departing for the mountains.) EVE would be a part of the next epoch of cybernetic society.

But there was a catch. What “guaranteed” the alphanumeric data that money would soon become? What would direct and sluice those flows of energy constituting credit?

“Say you are about to buy a book,” wrote the Stanford computer scientist Paul Armer in 1975 in an article for the journal Computers and People. He based his article on his testimony to Congress, for whom his recommended reading included Orwell’s 1984, a Nixon administration memo on domestic intelligence gathering, and Dawidowicz’s The War Against the Jews, 1933–1945. Armer’s piece was startlingly prescient on the surveillance problem produced by authenticating electronic money. “You present your card (sometimes called a ‘debit card’ …),” he continued, “to a clerk who puts it into a terminal which reads it and then calls up your bank.”The bank either OK’d or declined the transaction—and there the trouble began.

When Armer bought a book with his debit card, the settlement system learned his location at that time, adding it to the log of his movements, and with it “a great deal of data about your financial transactions,” and “a great deal of data about your life.” What if you had already been flagged by the police for special attention? “I have no doubt that such systems have already been so abused.” Given the task of building an ideal, discreet surveillance apparatus for the KGB in 1971, Armer and a group of computing and surveillance specialists came up with a version of an electronic funds transfer system: “Not only would it handle all the financial accounting and provide the statistics crucial to a centrally planned economy; it was the best surveillance system we could imagine within the constraint that it not be obtrusive.”

His choice of a book as the object of his notional purchase was deliberate: What if you were not yet flagged, but the purchase of a particular book put you “on a list,” as part of a suspect population or pattern? If it is a book that authorities decided is not for you to read, will the system auto-decline your purchase attempt? Will your money be good for some things and not others?

Recall that Margaret Atwood’s novel The Handmaid’s Tale, written a decade after Armer’s testimony, is partially a dystopian story about electronic money. Computerized accounts and credit identified as belonging to women are frozen—as Atwood said afterward, “now that we have credit cards, it’s very easy to just cut off people’s access to credit”—and she envisioned, among other systems of domination, a process of monetary coercion, with object-specific tokens to prevent independent choices and decisions: “I look at the oranges, longing for one,” thinks her protagonist Offred. “But I haven’t brought any coupons for oranges.” Real-world versions of this already existed or would come to exist: from the coupons and scrip of company towns, to color-coded state-issued food stamps, to welfare funds issued through electronic benefit transfer (EBT) in the United States—“money,” in the case of food benefits, that will not permit itself to be spent on certain goods and that is subject to data collection and analysis.

Recall that Margaret Atwood’s novel The Handmaid’s Tale . . . is partially a dystopian story about electronic money.

Electronic money could serve as a control apparatus for making the marketplace into a rapid response system for the police, a location log, and a Skinner box for rewarding and denying citizens into doing what corporations or governments wanted. In 1990, the philosopher Gilles Deleuze wrote a short piece called “Postscript on the Societies of Control.” Deleuze started with the transition the theorist-historian Michel Foucault had identified—from sovereign societies to disciplinary societies, a transition in how power was expressed at every level of life— and then asked: Are people in postindustrial, networked, capitalist societies now living through a comparable transition to control societies? To explain what he meant, he turned to the exemplary technology of power: “Perhaps it is money that expresses the distinction between the two societies best.”

The previous disciplinary society operated as a series of enclosures, “interiors,” with stabilizing and standardizing mechanisms at work to organize productive forces: to turn out biscuits, citizens, newspapers, soldiers, Model T’s, healthy right-thinking bodies, and interchangeable parts. It did this, he wrote, in a framework of “minted money that locks gold in as numerical standard”—as a benchmark, a calibrating mechanism. The current and near future control society, he argued, models value with “floating rates of exchange, modulated according to a rate established by a set of standard currencies”: a post-Nixon Shock system of as-good-as-instant telecommunications and continuous data collection, feedback, analysis, and adjustment.

Knowing “the position of any element within an open environment at any given instant,” the control system exerts power through a society that has become largely overseen and managed as “coded figures,” as digital data, readily displayed, analyzed, and utilized. “Man is no longer man enclosed,” Deleuze writes, as if delivering the voiceover narration of a dystopian sci-fi movie, “but man in debt.”Money on a card, money as data, can govern and control: payable here and not there, for this and not that, and producing real-time information about its user for further adjustment. In his speculative mode, Deleuze brings together house-arrest ankle bracelets and parole cuffs, just-in-time production and logistics chains, mobile phones and geolocation and what would become the quantified self, area and access denial technologies, and digital payment and electronic money platforms: a wide territory that defines the outlines of a new model of sovereignty, and of the expression and exercise of power. 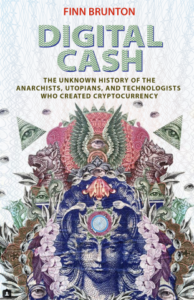 Finn Brunton is assistant professor in the Department of Media, Culture, and Communication at New York University. He is the author of Spam: A Shadow History of the Internet and the coauthor of Communication and Obfuscation: A User’s Guide for Privacy and Protest. He has written for the Guardian, Artforum, and Radical Philosophy, among many other publications. 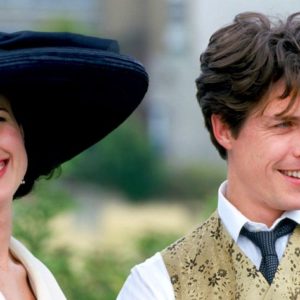 Mike Newell’s wildly successful 1994 rom-com Four Weddings and a Funeral has resonated with audiences for 25 years. Its appeal...
© LitHub
Back to top
Loading Comments...