Our favorite books of the year! (In which we, Lit Hub, attempt to show that 2018 wasn’t all bad) • When the Beatles met their idol, Elvis, obviously • If I miss a writing day, I have to pay Donald Trump $200. Tommy Schnurmacher has figured out how to defeat writerly procrastination. • “What is the opposite of a border?” Asiya Wadud on the infinite fault lines of contemporary life • On Virginia Woolf’s astronomical obsession • When scientists start a writing group • From Sula to Swing Time, Jacqueline Mroz on her favorite novels about female friendship • On the 19th-century art historian who anticipated the Abstract art of the 20th century • Looking for God in the writing of Denis Johnson • Kristen Arnett presents an incomplete list of non-book objects you can check out of the library • “What can a writer do?” Patrick Chamoiseau on the moral desperation of the migrant crisis • Perennial Nobel short-lister Nuruddin Farah answers our 10 bookish questions • “Honestly, he’s so much smarter than almost everybody”: A profile of Richard Macksey, the man who introduced America to Derrida • What happens when your writers’ retreat burns to the ground? Janis Cooke Newman on rebuilding Lit Camp • On John Clare, pioneering nature writer and amateur ornithologist • Essential child-rearing advice from 18th century Germany (including: no hats ever) • Benjamin Markovits on watching basketball alone and abroad • On the writing of Raúl Zurita, poet of the disappeared • Paul Theroux on the iconic photographs of Steve McCurry • It’s time to pick favo(u)rites once and for all, with Who Wore it Better: US vs. UK cover edition • Literary horoscopes, or: a very scientific list of books to read this month, based on your zodiac sign • And because you asked for it, here are the biggest nonfiction bestsellers of the past 100 years (key takeaway: Magic Eye owned the 1990s)

Authors, critics, editors, and booksellers from around the crime community share their favorite crime and mystery books of 2018 • 2018’s most visually stunning crime and mystery book covers • 20 rare crime books that would make pretty great gifts this holiday season • Emily Rose Stein takes us through the best new crime podcasts of 2018 • Val McDermid on serendipity, a buried motorbike, and staying open to inspiration after writing 32 novels • The 10 best endings in crime and mystery fiction from 2018 (no spoilers allowed) • Christopher Sandford takes a look at the many inspirations for Sherlock Holmes, from keen observationist Dr. Joseph Bell to Conan Doyle himself • Mette Ivie Harrison looks at what it means to write a Mormon mystery • Christopher Fowler on the tricky business of balancing comedy and mystery • Reporter and crime writer Bryan Gruley on how to write small town crime fiction • Meghan Scott Molin onhow crime fiction and comics allow us to be heroes • Andrew Case on the relationship between crime fiction and junk science • What to watch when you’re on vacation: your crime and mystery streaming guide for December 2018  • Ezekial Boone rounds up five classic thrillers in which technology betrays us, fromFrankenstein to Jurassic Park 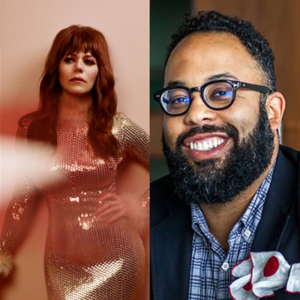 Tickets go on sale today for the 14th-annual Mission Creek Festival, which will be held in Iowa City April 2–7, 2019. Since...
© LitHub
Back to top