"What is the Opposite of a Border?" Wonders Asiya Wadud

“A fault plane is the plane that represents the fracture surface of a fault. A fault trace or fault line is a place where the fault can be seen or mapped on the surface. A fault trace is also the line commonly plotted on geologic maps to represent a fault.”

For our entire lives, we advance and retreat, advance and recede across the long plane of our own prismatic geographies. These geographies, multivalent and shifting, bear all of our paths, bear witness to all of our paths, and bear the load of the paths. Some of the routes we take become well-worn because we ferry ourselves across them again and again. Some paths we take only once and perhaps we presume their imprint falls then rests in a gathered heap somewhere in the recesses of our periphery. But I think each of the paths finds a way to engrave itself upon us, embed itself in us, become part of our subcutaneous logic. Sometimes the logic is a fixed engraving onto a firm, certain surface. Sometimes it is onto a mutable object. But always, in our own silos, our own logic becomes calcified, firm, ardent. Every single time we advance, there is a new imprint made, until there is a catalogue of imprints, countless intersection and grids, layered paths that form across the planes of logic, supposition, and summary we inhabit. Even if we take the same course 1,000 times, it’s never exactly the same, there’s always a tiny bit of vagrancy—we stray—somewhere. When we veer from the well-worn path even a little, a new imprint is made to take into account for that meander, that striving.

“My inclination is to worry about the (fault) we don’t know about yet, more so than about another very large earthquake in this area.”

On September 3rd, 2016, an earthquake registering 5.8 on the Richter scale jolted the Wichita, Kansas area and made apparent a previously unknown fault line. The oil drilling and subsequent pulsing effect that happens when wastewater is disposed triggered this earthquake. The fault line responsible for this earthquake is now known to be in Pawnee, Oklahoma. Before the earthquake, it didn’t register as a concern, it was a mute factor in our geographies.

Fault lines are tactile objects. As with any rupture, you can touch it. They rise into a gradation, theirs is a haptic, stabilizing knowledge, though revealed only when there is an earthquake.

The fault line is representational—it stands in for the entire field. Boak’s “inclination is to worry about the fault that we don’t know about yet.” What urgency is exposed in the aftermath of the discovery of the new fault? What trepidations insert themselves into otherwise firm footing? Can we assume that the entire field that surrounds the fault line is full of fault as well? How does this question inform our own advance and retreat?

Each time we advance and each time we retreat, something of the moment is etched upon us. What is the opposite of a border?

The fault line merely exposes the entire bedrock of bad logic. It is the visible, tactile place we touch, then name. After an earthquake a fault line does not mend, there are no sutures to close up the wound. So, it remains a figurative monument to the skew, the schism, the rift, the break in knowledge. Monuments are places that remind us something happened. Monuments also remind us to not let the thing happen again, they are a vow and a commitment of sorts. Or if not, then later on, a recompense.

How do we align our action with our logic, remembering it is possible to scaffold bad logic atop a field rife with faults? For our entire lives, we advance and retreat, because our lives are a series of advances and retreats, ebbs and flows.

On August 27th, 2015, 3:00 am, a driver met 71 Iraqi, Afghan, and Syrian refugees along the Serbian-Hungarian border and loaded them into the back of a small meat truck. The space allotted each person was 2×2 ft. The meat truck barreled down the A4 near Vienna, the driver Mitko, ignoring the urgent need for oxygen for the 71 people in the back of the truck.

The fact that all 71 people died within the hour, including Lida Rahm, one-and-a-half-year-old, is an unmitigated horror. To feign shock, disbelief, and incredulity, though, is to ignore an entire, resonate fault plane of accumulated bad logic that resulted in the measures the refugees were forced to take to reach central Europe in the first place. 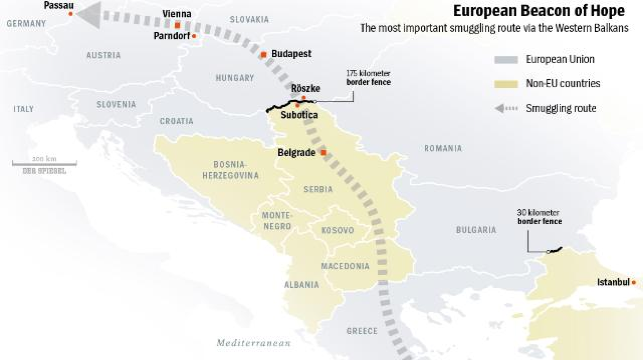 In Parndorf, in Calais, in the southern Mediterranean, there are fault planes that stretch well past the confinement of these particular sites of migration, containment, and dislocation. The territory extends across an entire landscape of knowledge and topography and reckless, failed empire. The fault plane is rooted in colonial misconceptions that, when accrued, pock the past, mar our presence and then propel us into the future—but doing so with a fractured knowledge.

Today one of my fourth grade students asked me for good ‘O’ words for a poem: optical, Octagon. Octopus. Over. Oblong. Omniscient. Obvious. Omnipotent. Object. Ocular. Ocular, I told her, meant willing to see something, to give it your attention, which is not entirely true. It just means of or related to the eye. But, if we are talking about the eye, I want to know what it sees.  If you will yourself to see something, then it’s probably not long until you see the fault lines. If you see the fault lines, you acknowledge there is a fault field. If you avow the presence of the fault field, then you are open to the brokenness within you and everyone, and your own faultiness of logic, our misguided rectitude.

WE TALK ABOUT FAULT AND BLAME IN ONE BREATH

Power has to do with a series of accumulated gestures, major and minor, across an entire plane, gestures that vest and reinforce power for some, brokenness for most of us. To vest, maintain, and animate power requires an aseptic refusal to examine the fault plane. This strong-armed vesting of power is not without blame.

“ANYONE COULD BEGIN THE DAY WITH HIS EYES AND END IT BLIND OR DECEASED…”
–Terrance Hayes, “How to Draw a Perfect Circle”

Often, we pass through the day with our own accretion of knowledge in the fault field. Nothing happens. We eat, we drink, we sleep, we work, maybe we walk home from the subway, and nothing happens. For one more day, our broken knowledge remains untested so we don’t have to do the work of examining it, we don’t even know there’s work to do.

What is the lineage of a bad idea? I mean “bad” as in it didn’t form well. “Bad” as in it never formed well and on top of that, it metastasized. How is bad logic allowed to carry on? Are borders evidence of faulty logic, across an entire fault plane? Is this how the logic accumulates? What is the opposite of a border? Is “ocular” the opposite of border?

The fault line is merely the place that represents the fault plane. Logic can build and accrue faultily for a long time and it’s only in the revelation of the fault line that it is revealed. Sometimes faulty logic is a quiet, subdued accretion and the lineage of thought is only revealed at the final moment, in the fault line, in the quake.

A fault is a rupture, helps us see the other sides—the before and after the fault—plainly, starkly. We are approaching the fault line. Take note. Look to see where it is going to begin. There is an impending crevasse. Where is the resonate, firm end just before and just after the gape?

The fault line is a measure of the past, it doesn’t have to demand its presence — its existence as a rupture already commands it.

I KNOW THE CENTER BECAUSE I REMEMBER THE PERIPHERY

You know worth is also relational, to a fault. Your own worth, everyone’s own worth, rests on an attenuated continuum, a fault, along with everyone else. Your position on the continuum is, more often than not, determined by someone who is not you. No one knows your own interiority when they place you on the continuum. With Parndorf, with each kilometer as the truck drove on, the lives inside were of diminishing value. Worth is relative to the value of all other proximal lives.

Is indifference a fault? How about willful, vile indifference? What about irreversible indifference sanctioned from such a distance that to wend our way back through the fault field to attribute blame is always and forever lost in our own sturdy miasma? How about if everyone is doing it? Does collective indifference get re-cast, renamed as just our country’s creed, our own manifested beliefs? What is the opposite of border?

What happens when you worry a fault line, does it become its own accrued border? What does it mean for something to be faulty? Like an entire patterned language you’ve constructed that is full of holes. Like the patera was ill-equipped to transport people, it was a faulty vessel? Or can something be faulty if we already know it is full of bad logic? Is that just a fault? Or a false start? We thought the engine was good but it turns out it was faulty. “Faulty” develops in the space where we thought it was one thing but it turned out to be something else. A fault line is the place of blame. It’s the place that we can pin our doubt, mistrust, our own extroverted misery.

THIS ENTIRE COUNTRY IS AN ASSEMBLAGE OF PERIPHERIES

Naming a border is a way to rectify and absolve us, it’s a way to give credence to our own inaction and to do so without shame. A border can do the job of asserting the limits of our ethical obligation—where we are bound and then miraculously, arbitrarily, not.

What’s the name for the space right at the precipice of a fault line? Penultimate fault. Is there a name that acknowledges the winnowing distance between the edge of darkness and copious, prolonged, disciplined light? Caravaggio painted in the bright enclosure of this space, the chiaroscuro, Italian for light-dark.

Asiya Wadud is the author of Crosslight for Youngbird (2018). Recent work can be found in Makhzin, Chicago Review, Best American Experimental Writing, and Tupelo Quarterly. She teaches poetry at Saint Ann’s School and English to new immigrants at the Brooklyn Public Library.

A Prose Poem by Chelene Knight 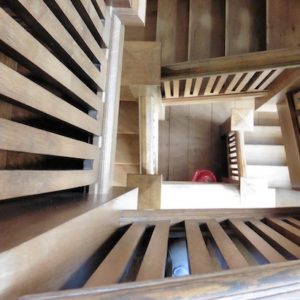 A Prose Poem by Chelene Knight

I didn’t have a father. The one time I went to his house, I knew I didn’t fit there. The carpet hugged the space between...
© LitHub
Back to top
Loading Comments...