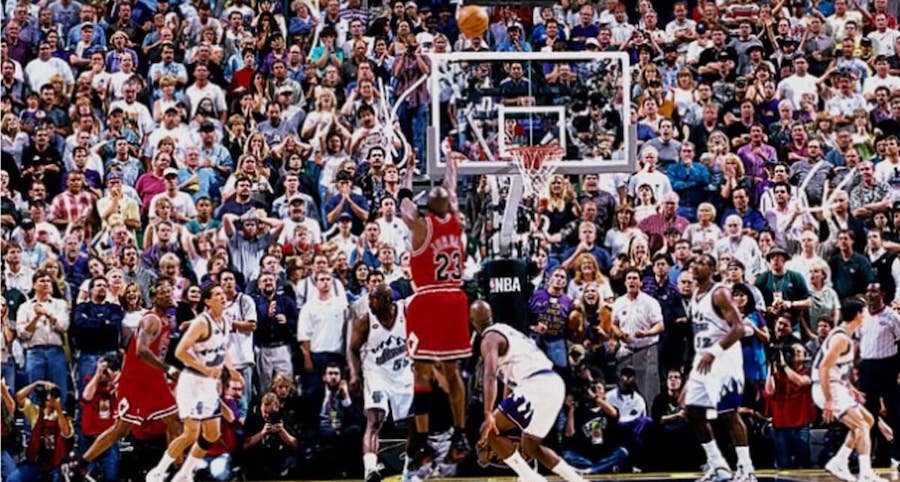 Benjamin Markovits Was Not Going to Miss Jordan's Comeback

For my junior year at university, I tried to go to Oxford for the spring semester but none of the colleges would have me. So I applied to one of these international Study Abroad programs that take your American money (at American university rates) and get you in. Which they did. The application form allowed you to pick your living situation. For an extra 15 pounds a month, you could choose a house with a VCR. Another 15 quid would buy you an actual English person to live with. I paid full whack.

My English person turned out to be great—exactly the kind of Englishman a PBS-watching American kid would hope to get for 15 pounds a month. He went to Eton. Two weeks after arriving, he hosted his second birthday party of the month, inviting 30 friends to dinner at our little row house in south Oxford, a strong outfield throw from the Isis river. We set up folding tables at an angle in the living room, and his mother catered, driving by on the day with huge pots of pheasant curry she had made herself, from pheasants she had killed herself—you had, as Ned informed me, to watch out for pieces of grapeshot in the meat.

But the VCR turned out to be just as useful. The year was 1995. On March 18th, a week after the end of Hilary term, Michael Jordan faxed his famous return to basketball: I’m back. In those days, I couldn’t watch the games online, and they weren’t being shown on British TV. But I found a company that would send me a weekly round-up, usually a mix of highlights and most of one full game. The tapes arrived on a Tuesday or Wednesday morning, clattering through the letterbox—audible throughout the house—onto the ratty gray carpet of the entrance hall. I’ve forgotten the name of the service, but for the rest of the year, as the dark wet Oxford spring stretched towards the lengthening days of the Oxford summer, I arranged my life around them.

The trouble was, the delay. By the time I pushed the cassette into the VCR, huddled by myself on the lonely couch, at some vague midpoint of a student’s endless morning (which lasts until late afternoon), with the curtains drawn to keep the light off the screen . . . the action would be four or five days old. (Housemates wandered down to breakfast and back up to bed with a cup of tea, or stomped out to a tutorial or came back from a lecture, went shopping, made lunch, cleared up.) Which meant that I had to spend those four or five days, and really, every day of the week, because there was always another tape coming, hiding from or avoiding contact with anybody who might let slip what had happened. In other words, Americans. And Oxford is lousy with Americans.

Some of the most intense moments of my life have been spent watching ball games by myself while everyone sleeps around me.

Something social, a way of hanging out with friends, participating in the culture, following the times, had turned into something almost completely solitary. But who cares—Jordan was back.

It’s more than 20 years now since he got stripped by Nick Anderson in game one of the Eastern Conference semi-finals, and eventually lost that series 4-2—at the end of the third week of Trinity term. And I’ve lived all but three of those years in Europe. I was at a bar in Hamburg, spending my first summer after college trying out for German basketball clubs, when the Bulls beat Seattle in six games to win Jordan’s fourth championship. By the time he won his sixth, with that famous jump shot over Bryon Russell, I was back in Oxford, pinching myself awake on the futon in my grad student dorm, while dawn broke outside the window.

Some of the most intense moments of my life have been spent watching ball games by myself while everyone sleeps around me. Sound turned low, lights off, the glow of the box. Just keeping quiet increases the atmospheric pressure. It’s a kind of communion, with childhood probably, an act of loyalty to a past self and its pleasures, but also a way of holding yourself back, a little, from adulthood, the world you find yourself in.

I used to joke that as I got older I replaced all of my former pleasures with inferior versions. Instead of playing basketball, I go jogging. Instead of eating pizza on a Friday night, hanging out in front of a game with a few friends, I go to dinner parties—and talk. But it’s also true that I haven’t really replaced them. The Internet makes all this easier. I waste my RDA for social media the way I always used to, reading box scores on the pot. In the morning, after a run, I listen to the Lowe Post. I spend my lunchtime in the office behind closed doors watching last night’s games on NBA.com. I email about this shit with high school friends.

And from time to time, I still see Ned. In our six months living together, we had only one fight. I needed his help getting dressed for some Oxford ball—there were times I actually made it out of the house. My brother had loaned me his bow tie, but I didn’t know how to put it on. Ned for some reason had lost his. (In Eton you have to wear stuff like this every day.) All he had was a clip-on, and since I didn’t know how to tie one anyway, he suggested we swap. His real point being, it doesn’t matter what you wear if you’re American. But I dug my heels in. It didn’t help my case that the only black shoes I owned, to go with my tux, were a pair of 1992 Air Jordans. 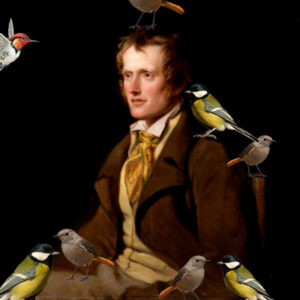 No other poet wrote about birds as often—or as well—as John Clare. This 19th-century farm laborer turned man of letters...
© LitHub
Back to top