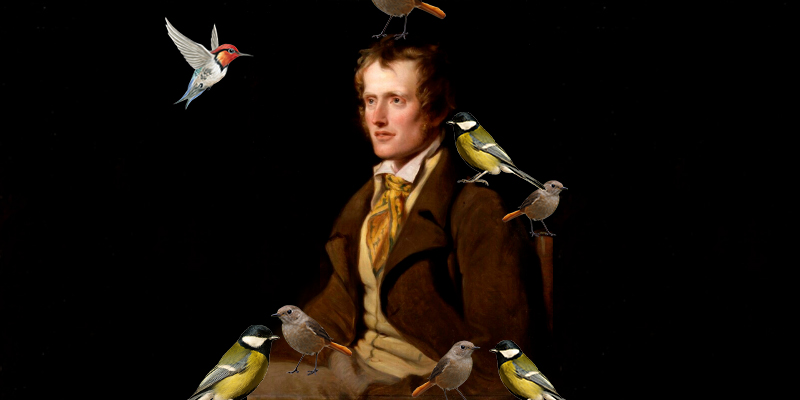 No other poet wrote about birds as often—or as well—as John Clare. This 19th-century farm laborer turned man of letters was, as the ornithologist and broadcaster James Fisher deftly put it: “the finest poet of Britain’s minor naturalists and the finest naturalist of Britain’s major poets.”

Thanks to his field skills, observational talents and hard-won expertise, Clare’s writings contain references to at least 120 (and possibly as many as 150) different species. These observations give us a profound insight into the dramatic and often devastating changes to the birds of our farmed countryside over the past 200 years. Foremost amongst these is the loss of the bird Clare described as a ubiquitous “summer noise among the meadow hay”: the corncrake or, as Clare called it, the landrail.

Patronized by the London literati as a “peasant poet,” Clare, and in due course his poetry and prose, were intimately linked to the place where he grew up, and spent the majority of his life: the village of Helpston. Living on the edge of the flat, watery fens of East Anglia, but also close to the classic “Middle England” landscape of Northamptonshire, the young Clare could explore fields and meadows, streams and rivers, woods and fens, and get to know their birdlife.

Through his rootedness in one place, during his twenties and thirties John Clare produced some of the finest nature poems ever written. However, for over a century these were neglected by literary critics and the general public alike, until from the 1950s onwards his reputation was restored and rehabilitated. Today he is widely hailed as one of the most influential of all writers on nature.

I became hooked on Clare’s bird poetry more or less by accident, when studying English Literature at Cambridge back in the early 1980s. My Director of Studies at Gonville and Caius College, the famously enigmatic poet J.H. Prynne, learned of my interest in birds and enthusiasm for the poetry of John Clare, and suggested I meet John Barrell, who I later discovered was one of the world’s greatest experts on Clare’s writings.

Sitting in Professor Barrell’s wood-paneled room in the forbidding surroundings of King’s College, I nervously explained that I had noticed that the verse structure of Clare’s bird poems somehow seemed to mimic the movements and behavior of the bird itself. Encouraged by his positive response, I went on to write my undergraduate dissertation on this very subject.

I am not alone in my love and admiration of John Clare; he has inspired many of today’s cohort of “new nature writers.” But at the time, not everyone approved of the way he wrote about the natural world. His contemporary John Keats complained that in his verse “the description too much prevailed over the sentiment.” While that may occasionally be true, it is impossible to dispute Clare’s intimate knowledge and understanding of nature, gained from day to day, season to season and year to year, and more importantly his skill in turning these marvelously detailed observations into poetry.

Yet despite Clare’s undoubted influence and popularity today, for the new reader the poems can at first appear rather baffling. This is not just because of the style of writing, which, once you get used to his lack of punctuation and rather eccentric spelling, is actually very accessible—and full of delightful insights into bird behavior—but also because in many cases the self-taught Clare chose to ignore the official name for the species, preferring to use the folk name he grew up with.

So in his poems we find the land rail and fern owl, butter bump and fire tail, water hen and peewit—now known respectively as the corncrake and nightjar, bittern and redstart, moorhen and lapwing.

At other times, Clare would use the correct epithet for the species, but ascribe it to the wrong family, as when he referred to the reed sparrow (reed bunting), reed wren (reed warbler) and grasshopper lark (grasshopper warbler). He would also often use names inter-changeably for several different species, as in the opening lines of this sonnet, where “black cap” refers to the great tit:

The bird we now know as the blackcap—a member of the warbler family—Clare also called the March nightingale, because of its early return from its winter quarters and melodious song. However, while he may have titled his sonnet after the folk name, “The March Nightingale,” within the poem he preferred the official name:

Clare’s use of folk names is in some ways a throwback to an earlier age, before the standardization brought about by ornithologists, when bird names were far more fluid and changeable.

But even Clare could not resist the tide forever. Changes were afoot, and 19th-century ornithologists were busily continuing the work of Thomas Pennant and his predecessors in standardizing the names given to birds. In the longer term the messy assemblage of folk names so beloved of Clare, with several taming nature alternative names for each species, was simply not sustainable.

This also reflected bigger changes occurring at the time: the growing gulf between the rise of science, epitomized by a new generation of museum-based ornithologists, and men such as Clare, who based their knowledge on hard-won observations in the field, and were often contemptuous of the professionals. According to Clare scholar Eric Robinson, the poet did not have a very high opinion of revered ornithologists such as Pennant, as is evident in this comment on the plucking of geese: “Mr. Pennant says he saw the business of Geese pulling baere and that they pulled gosslings that were not above six weeks old I have no hesitation in saying that Mr. Pennant is a Liar.” 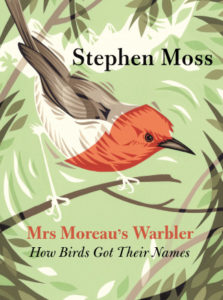 Stephen Moss is one of Britain’s leading nature writers, broadcasters and wildlife television producers, specializing in birds and British wildlife. A lifelong naturalist, he is passionate about communicating the wonders of the natural world to the widest possible audience. His latest books, Mrs Moreau's Warbler: How Birds Got Their Names, is published by Guardian/Faber. He teaches an MA in Travel & Nature Writing at Bath Spa University. 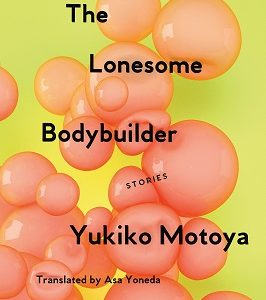 “He says his ex-wife’s been sending him strange garbled emails recently,” I said. We’d found a table in the seating...
© LitHub
Back to top
Loading Comments...