A few weeks ago, we held a fundraiser for Lit Camp, the writers conference I’ve run for five years. It was a smoky night. Two hundred miles away, the Camp fire was filling the sky with the unbreathable remains of houses and trees. In the eerie light of a sun hazed orange, I didn’t know how to label the coincidence. Ironic? Fitting? Exactly one year ago, the Tubbs fire had burned Lit Camp’s home to the ground.

Lit Camp was never my idea. It was the brainstorm of some friends who ran a local literary festival. I was just along for the ride. An actual ride. To the Northern California wine country to check out a possible venue.

I am a writer. I know nothing about running a writers conference. Not more than you’d pick up attending one—which, it turns out, is very little. There is no good reason why the minute I set foot onto the lavender-scented grounds of Mayacamas Ranch, I saw Lit Camp.

We’d arrived on a warm—almost hot—April afternoon, midway through a yoga retreat. Lithe women in stretchy clothing drifted about the property in the floaty way of people who have been thinking about nothing except their breathing.

But it wasn’t them I saw. It was writers.

Writers risking sunburn at the pool, thick novels propped up against their thighs. Writers in the organic garden, dodging dive-bombing hummingbirds while debating narrative filter. Writers in the hot tub, washing down their workshop feedback with a good California red under a vault of stars. The writers inside my head were less lithe and nowhere near as floaty as the yogis. I wanted to fill the place with them.

Writers conferences are not money-makers. Not juried ones. Not ones that aspire to offer scholarships. My literary festival friends couldn’t take on another barely-break-even project.

I reached out to a few volunteers who didn’t know any more about running a writers conference than I did, got an old boyfriend to build a website, and wrote Mayacamas Ranch a startlingly big deposit.

One year after I first stepped onto Mayacamas’ lavender-scented grounds, the Lit Camp writers conference opened. For four days, forty writers (chosen from more than 200 applicants) workshopped each other’s pages in the cool morning sunshine. Flexed their chair-stiffened bodies in a yoga room with a view of green hills. Drank a great deal of good California wine (and beer) in the hot tub, well past the time the property wanted them back in their rooms.

Almost always, when you picture something in your head, the reality never lives up to it. Not Lit Camp. For the first time I could remember, something I’d imagined turned out better in real life.

Our final night together, we held a talent show. The winner (a former ballerina) danced the “Dying Swan” from Swan Lake. When she came up to accept her prize (a gift card from a company that sells t-shirts printed with book covers), she stood at the microphone, looking out at all of us.

Someday, she said, I’ll be able to tell people I was at the first Lit Camp.

Yeah, somebody shouted. Before it went corporate.

Three weeks later, Adam Johnson—one of our workshop leaders—won the Pulitzer for The Orphan Master’s Son, officially launching the conference, and making us look smart.

One year after losing Lit Camp’s Napa Valley home, I stood trying not to take a deep breath in the eerie light caused by another fire.

For the next four years—every spring—Lit Camp and its forty writers (some brand-new, some second and third timers) traveled to that retreat center tucked into the hills above Calistoga. The faculty that traveled with us included Paul Harding and Anthony Marra, Susan Straight and Andrew Sean Greer, Phil Klay and Adam Johnson (who eventually became a fourth timer). Over those four years, our attendees (whom we’d started calling campers) saw their writing go out into the world. Half-a-dozen of them got book deals—one for seven figures. And many of the rest published in literary magazines and signed with agents.

Better still, everybody got community. Campers from each year kept in touch. Met in the real world to write together. Shared their publishing questions and successes. Thanks to Lit Camp, the writing life got a little less isolated.

It’s surprising how much work goes into running a writers conference. There are the obvious tasks, like reading submissions and pulling the faculty together—some years it felt like my entire summer was spent being turned down by writers more famous than I. Then, there are the hundred smaller tasks you never think about until you almost forget to do them. Assigning rooms and printing up badges. Picking up faculty at the airport and explaining how Dropbox works. By the time we finished planning the fifth Lit Camp, I was burned out.

A week before submissions were scheduled to open, I drove to Big Sur. I told everyone I was going on writing retreat. But really, I was there to make a decision.

I holed up in a borrowed house. Walked to the beach and back every day. Drank wine in an oversized tub. Made a good-size dent in the owner’s extensive vinyl collection. Mostly, though I tested how it would feel to walk away from Lit Camp.

There’s no cell service in that part of Big Sur, and the internet is iffy. Almost a week later, when I pulled up in front of my house in San Francisco, my phone vibrated with unread texts. The first was from the yoga instructor who came with us to Lit Camp.

Did you hear? Mayacamas Ranch burned to the ground

While I’d been soaking in hot water and listening to old Talking Heads albums, the Tubbs fire had taken Lit Camp’s home.

If was looking for a sign, this was a pretty big one.

Or, maybe this was the sign. Within days of hearing the news, the local paper’s book editor wrote a story about Lit Camp’s loss, and almost immediately, my inbox filled with suggestions. Retreat centers and resorts. Campgrounds and monasteries. Venues that were astoundingly posh or stylishly rustic. Hidden away in the woods or clinging to the coast. Still, none of them felt right. Perhaps, because I didn’t want them to feel right.

We canceled the conference for 2018. In my mind, we canceled Lit Camp forever.

Spring came. The first one in five years without a Lit Camp.

During those warming weeks, whenever I’d run into one of our former campers—and I did run into them, at readings, at literary festivals—they began every sentence the same way.

Don’t you miss it, they’d ask.

It didn’t matter. We would never find another home like Mayacamas Ranch.

Not long after, I got an offer to teach at Esalen. That Esalen. Birthplace of the human potential movement. Site of Don Draper’s nervous breakdown. Home of the most famous clothing optional hot tubs in California.

Why don’t you bring Lit Camp here? they asked.

Had I even been talking about Lit Camp?

It’s almost impossible not to see Esalen as a sign. The place is in the business of signs. It’s even more impossible to turn it down.

Everybody else was more enthusiastic about bringing back Lit Camp than I was. The volunteers I reached out to. The faculty. For the first time, every author I asked to come—Jonathan Lethem, Dana Spiotta, Alexander Chee—said yes. No matter how I felt about it, Lit Camp was happening.

We scheduled a fundraiser for November.

And now, one year after losing Lit Camp’s Napa Valley home, I stood trying not to take a deep breath in the eerie light caused by another fire.

Nobody will come, I told myself, Not on a night like this.

But they did come. Campers from all five years. Writers who had applied and not gotten in. Writers who were planning to apply again. Five former campers—one from each year—read their work. And as always, I was impressed by how good they are.

Toward the end of the evening, one of those campers stood at the microphone and looked out at all of us.

Lit Camp, she said, made me believe I could be a writer.

I think that was the sign. The one telling me it doesn’t matter what I do or don’t decide about Lit Camp, because Lit Camp has never been about me. It has always been somebody else’s idea.

Parents: If You're Letting Your Child Wear a Hat, You're Doing it Wrong 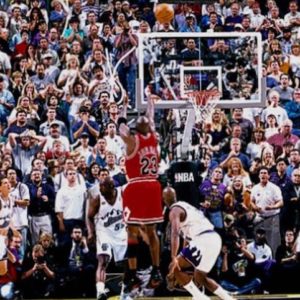 For my junior year at university, I tried to go to Oxford for the spring semester but none of the colleges would have me. So I applied...
© LitHub
Back to top