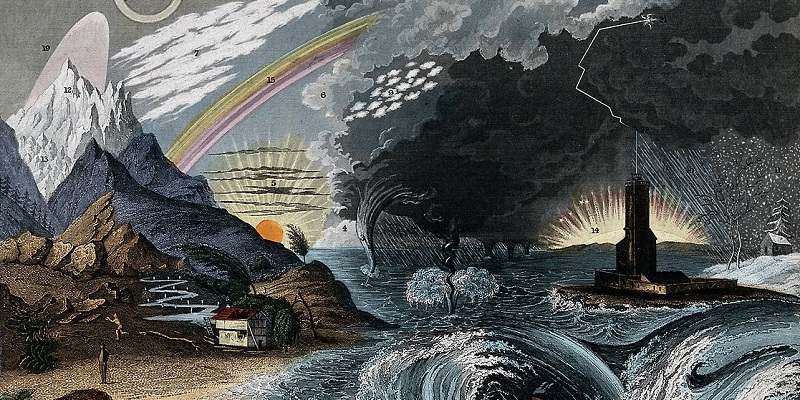 The Scientists’ Writing Group: Finding Community in a Burning World

Russ returned from the fires burning down his community near Mount Shasta and told us the chickens were disappearing. The flames were pushing the foxes out of the forests, and they were coming into town to eat. Ash blanketed the cars and blackberries—still lingering on branches after the summer’s bloom. Russ, a neuroscientist fisherman turned writing teacher at Stanford University, wanted to write the things few people know about living through a fire. We wanted to listen.

“Some of the most beautiful sunsets I have ever seen have come during the worst wildfires I have ever experienced,” Russ shared about his summer at the frontlines of California’s Carr Fire.

We were in a small room together with red walls and windows that looked over the campus clocktower. It was late. We’d already worked a full day. We emptied our pockets of offerings to sustain us into the night: a few dates, a half-eaten chocolate bar, two clementines.

“There is tension there between beauty and destruction,” Russ continued. “But when you see a blood red moon lift over the horizon, reflecting the angry light of the flames as they incinerate forests, that tension dissipates with a chill. A blood red moon is a bad sign, and somehow you just know that instinctually.”

Separately the members of our writing group are neuroscientists, social scientists, ecologists, geologists, and climate scientists. But when we come together each month, we are writers first—seeking solace and hope through shared experience. We’re searching for solutions to our world’s environmental needs with words, not just numbers. We did not realize it when we first met, but we understand now, years later, that our group would become a metaphor for the kind of world we want to shape through our words.

We write in different genres—poetry, essays, creative nonfiction, and memoir. While words gave us books and articles to share with each other, they also became a vehicle for building the community we longed for during vulnerable times.

Over many years now, our commitment to helping each other write better has helped us navigate a burning world together, where coping with loss and embracing new possibilities are central themes.

Separately the members of our writing group are neuroscientists, social scientists, ecologists, geologists, and climate scientists. But when we come together each month, we are writers first.

Richard Nevle’s prose comes in short essays that he is writing with novelist and poet Steven Nightingale about the natural wonders in California’s Sierra Nevada. For both Richard, a geologist with the soul of John Muir, and Steven, their writing offers “a way forward to clarity and hopefulness; a way forward to a world where science brings insight and joy, and offers us a vision of an ethical and meaningful life.”

Rob Jackson is the one we call “Boss”—an apt name first given to him by his friends in college. He’s the Chair of the Global Climate Project, a leading climate scientist, but also a poet. “Climate Violence” was born amidst the Santa Rosa fires that destroyed more than 7,500 buildings, including 1,500 homes:

What began with sharing prose to call forth this vulnerable, natural world unexpectedly opened the space for the same to occur in our more personal lives. After years of grieving, Emily felt compelled to write about the loss of her baby daughter for the first time.

“I don’t know if I’ve ever felt more vulnerable,” she said on the evening she first shared the draft with our group. She was in the midst of revising what became “The Littlest Wren.” Her husband hadn’t read it, nor had any friends.

We sat in silence, waiting, and creating the space we’d come to trust.

“There is a sound of trying to fit a lifetime of mothering into three days,” we read her words together. “This is the sound: during my last year of college I lived in a remote cabin in the middle of the New Hampshire woods… It rested at the edge of an enormous lake that was home to hundreds of loons. In winter, ice on the lake shifted as it froze, creating an acoustic dispersion—vibrating sound frequencies moving through the ice at different speeds. The time lag between high- and low-speed vibrations produced an eerie, high-pitched, guttural wail that seemed to start well below the bowels of the lake and move straight up into the sky. The anguished sound made the twinkling stars look like they were wringing their hands, nervously twitching in the inky darkness.”

What began with sharing prose to call forth this vulnerable, natural world unexpectedly opened the space for the same to occur in our more personal lives.

“I never thought my father’s death would enter my story,” Lauren shared on the evening she workshopped the section of her book that detailed the end of her father’s life. “But it did. Writing about him wasn’t my first priority when trying to understand what the death of a tree meant to Alaskans coping with a warming world.”

The people she’d interviewed had shared stories of grieving and forming new relationships with the surrounding environment. After reading her descriptions of the changing landscape, the group had probed further: “How does the loss feel,” members had asked repeatedly.

“To experience loss,” she wrote in what became In Search of the Canary Tree, “one has to experience love or some form of attachment. This connection can seem so obvious in the case of a friend, a family member, or a loved one—and I was in the thick of that with the death of my father—but the same holds true for attachment to nature and place. . . How long can we put climate change on hold for the more immediately pressing? When does a slow-burning ember become wildfire?”

By listening to each other, we have helped one another not only to take risks with our writing but to be “truer to one’s intent,” as Richard says. “This is something I think I imagined, but don’t think I could have articulated, before being a part of this group. Everyone’s comments help me get to the kinds of things I would have written had I known earlier how to write them. I suppose that is part of the work of writing, bringing form to intention.”

Our common ground as writers fosters a community without competition, and our differences make us better. Liz Carlisle, once a country singer now a sustainable agriculture expert, said, “A lot of writers see some competition in a writing group. Here we all see we’re part of a similar mission. And we make each other stronger collectively.” The poet makes the non-fiction writer consider prose in new light. Facts matter, but so does every word that strings them together.

In three years, we have finished two non-fiction books, one book of poetry, and dozens of essays, and articles. Life events have come and passed—weddings, the birth of a child, the loss of loved ones. We shared our most private stories. We became friends. The more we wrote, the closer we became.

“Hope, a friend once told me is like an untethered prayer,” Lauren expresses in In Search of the Canary Tree. “It’s what we turn to when nothing we are doing and nothing we are trying and nothing we are striving for is working out. . . Edward Abbey once said that ‘sentiment without action is the ruin of the soul.’ To me, his words called for something more empowering than hope—a belief, a faith, perhaps, that what we do matters.”

Our writing group has given us the sense that what we do matters, that we are not alone, that amidst the darkness of loss and change there is also a new world forming. One of possibility.

This is what we didn’t know when we first came together; this is what came to light:

We would take care of each other in ways that are hard to explain unless you show up and exchange words. Writers belong to each other in this secret way. It is a belonging that gives us more than hope.

As a community of writers in its strongest form, we can become each other’s life rafts in the storm.

Lauren E. Oakes is the author of In Search of the Canary Tree (recently published by Basic Books), a book about finding faith in our ability to cope with the impacts of climate change. She is Conservation Scientist with the Wildlife Conservation Society and an Adjunct Professor in the Department of Earth System Science at Stanford.

Emily Polk recently published "The Littlest Wren" in Creative Nonfiction. She teaches sustainability and climate change communication courses at Stanford University in the Program in Writing and Rhetoric. Prior to earning her PhD, Emily worked for nearly ten years around the world as a human rights and environment–focused writer and editor. 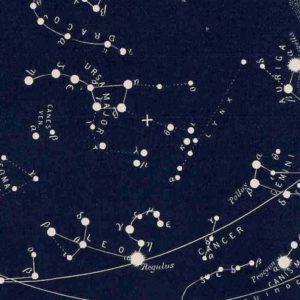 “Behind the cotton wool of daily life is hidden a pattern,” wrote Virginia Woolf. In life and literature, this was her destination:...
© LitHub
Back to top