The best of the best (of the year): the ultimate best books of 2018, by the numbers • On college roommates Edward Gorey and Frank O’Hara, princes of Harvard’s gay underground • “People with Witzelsucht compulsively pun, make borderline offensive remarks, and become excessively familiar with strangers.” A case for giving your dad a break this holiday season • Please stop trying to make Pride and Prejudice a Christmas story (looking at you, Hallmark Channel) • The day the llamas came to the bookstore • Did Lao-Tzu and Confucius know each other? • Scholastique Mukasonga on the power and privilege of a loaf of bread in rural Rwanda • Amy Jo Burns on grieving for a friend and mentor • Here are the 21 most compelling literary adaptations to look forward to in 2019 • Our favorite Literary Hub stories of the year • Book Marks has the year’s best-reviewed books in every category • On Charles Dickens, marriage, and the temptations of playing the muse • A seasonally affective thought experiment: 15 perfect gifts for 15 famous writers • “Goddammit I was having dinner with Hunter S. Thompson and I could barely understand a word he was saying!” Heather Rose recalls a certain night in an Aspen tavern • What happened to the original version of “The Wasteland”? • Politics, prose, and avoiding probate! The 10 most popular Lit Hub stories of the year • Director Lars Jan on bringing Joan Didion’s The White Album made it to the stage • On A Christmas Carol and Dickens’ demons • Why do we hug each other, anyway? • A year in new poetry by indigenous women: looking back at all six installments of the series curated by Natalie Diaz • Remembering the great writers, editors, and literary advocates who died in 2018 • Finally, the five most important literary stories of the year

From Andrew Sean Greer’s Less to Anna Burns’ Milkman, we look back at the award-winning novels of 2018 • Chicago Review of Books Editor Adam Morgan brings us the 10 Best Book

Reviews of 2018 • From Amy Tan’s The Joy Luck Club to John Cheever’s “The Swimmer,” Ann Hood recommends Five Books Filled With Food • This week in Secrets of the Book critics: the New Yorker‘s Katy Waldman on Augustine’s Confessions, Diana Evans’ Ordinary People, and Multiplicitous Books • Ruth Bader Ginsburg as feminist gladiator, Virginie Despentes as feminist punk, and more of the Book Reviews You Need to Read This Week • Anna Burns, Val McDermid, Scholastique Mukasonga, and more of the Best Reviewed Books of December

Counting down the 10 best espionage novels of 2018 • Paul French on the decades-old and very British tradition of the Christmas mystery • Celebrating the year’s best crime and mystery anthologies • The 15 best action thrillers of 2018 • The 15 best psychological thrillers of 2018 • “How could all this be Los Angeles? It seemed infinite.” Nicolas Obregon on the Los Angeles of our imaginations •  From Maine down to Cape Cod, Maddie Day recommends her favorite New England cozies • The10 best international crime books of 2018 • From 3 Days of the Condor to Tinker Tailor Soldier Spy, 10 thrillers you forgot take place during Christmas • What’s the most noir Christmas movie? It’s time to once and for all determine the answer • The best noir and hard-boiled fiction of 2018 • From best title to hardest-boiled,yearbook awards for the crime and mystery world • “This is a truth women readers understand: witches are still burned.” Wendy Heard looks at how psychological thrillers explore society’s unwillingness to believe women 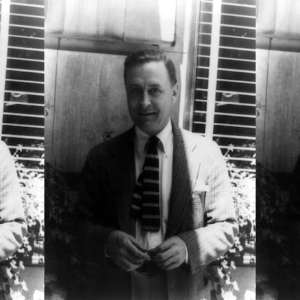 Looking back the year in new poetry by Indigenous women: all six installments of the series curated by Natalie Diaz....
© LitHub
Back to top