The Ongoing Cascade of the #MeToo Movement

In February, writer Litsa Dremousis ‏wrote on Twitter that “over 20” women alleged harassment by Sherman Alexie and encouraged others to reach out to several journalists working on stories about him. Five days later, Alexie apologized for his past behavior in a statement that also sought to discredit Dremousis, who he said had “led charges” against him. “Over the years, I have done things that harmed other people, including those I love most deeply. To those whom I have hurt, I genuinely apologize,” he wrote.

Shortly afterward, NPR reported that 10 women had contacted them about mistreatment by Alexie, with some describing a pattern of behavior in which Alexie would present himself as a source of support to an emerging female writer before soliciting them for sex. As a prominent Native American writer whose opinion had the ability to make or break the careers of lesser-known writers, they said, his behavior demonstrated an abuse of power and a betrayal to a community of writers that is already under-recognized.

In response to the allegations, The American Indian Library Association rescinded a 2008 award it gave to Alexie and the Institute of American Indian Arts (IAIA) changed the name of the Sherman Alexie Scholarship to the MFA Alumni Scholarship. And Hachette Book Group delayed the paperback release of Alexie’s memoir, You Don’t Have to Say You Love Me, at Alexie’s request, the Associated Press reported.

4.
Nobel Prize in Literature Not Awarded

When Bob Dylan received the Nobel Prize in Literature two years ago, you could hear the belt loosening around the Swedish Academy’s waist, beer belly finally out. At last, it was said, the members of the board had condescended to mingle with the crowd. If the Academy could recognize the good work of a folk icon, perhaps some of the award’s stuffiness could be excused.

These more or less aesthetic concerns were overshadowed in April, when Jean-Claude Arnault, husband of then-Academy member Katarina Frostenson, was accused of sexual assault and harassment by 18 women. This fall, Arnault was convicted of rape and is now set to appeal a two-year prison sentence. The Academy’s initial refusal to take action—both in light of the #MeToo movement and revelations of the Academy’s own financial entanglements with a cultural organization Arnault and Frostenson were in charge of—set off a string of removals and resignations that the Academy will certainly feel going into next year, when a new-ish panel is expected to choose two Nobel winners.

3.
The Death of an American Literary Icon

Philip Roth, arguably the most famous living novelist in the country, died this year, on May 22, at the age of 85. His obituary in the New York Times described him as “the last of the great white males: the triumvirate of writers—Saul Bellow and John Updike were the others—who towered over American letters in the second half of the 20th century.” His death came only a few months after the publication of Lisa Halliday’s debut novel, Asymmetry, in which a young woman has an affair with a much older writer modeled on Roth (whom Halliday herself once dated).

The winner of two National Book Awards, two National Book Critics Circle awards, three PEN/Faulkner Awards, a Pulitzer Prize and the Man Booker International Prize, Roth was beloved and memorialized by many, including, memorably, David Remnick in The New Yorker, but many also acknowledged the misogyny in his work and legacy in the wake of his death. Whether you loved his work or hated it, there’s no denying that Roth’s death leaves us less one major American literary icon.

2.
Ian Buruma Resigns as Editor of the New York Review of Books

Ian Buruma resigned from his position as editor of the New York Review of Books in September after making the controversial decision to publish an essay by Jian Ghomeshi, a former Canadian broadcaster who has been accused of assault or sexual misconduct by more than 20 women. In 2016, a criminal trial acquitted Ghomeshi of four counts of sexual assault and one of choking, and Ghomeshi avoided another criminal trial by apologizing publicly and signing a “peace bond,” a court order to maintain good behavior for at least one year. As soon as the 3,400-word essay, “Reflections From a Hashtag,” was published online, it garnered widespread criticism from those who said it glossed over serious allegations and mischaracterized the chain of events while mistakenly painting its author as a victim of the #MeToo movement.

Shortly after the essay’s publication, Slate posted an interview between Buruma and Isaac Chotiner in which Buruma described his decision to publish the essay and said that whether Ghomeshi was guilty of assaulting women was not “really my concern.” That interview itself prompted a fresh round of criticism. Several days later, Buruma resigned and told the Dutch magazine Vrij Nederland, “I have now myself been convicted on Twitter, without any due process.” The following week, New York Review of Books publisher Rea Hederman released a statement acknowledging “our failures in the presentation and editing” of the essay, including the fact that it “was shown to only one male editor during the editing process.” That statement characterized Buruma’s departure not as the result of a social media outcry, but as the outcome of editorial decisions he made. Dozens of NYRB contributors co-signed a letter opposing the resignation in which they said one editorial decision should not have prompted it.

1.
Junot Díaz Accused of Harassment, Cleared By MIT and the Pulitzer Committee

In April, Junot Díaz published an essay in The New Yorker about surviving sexual assault as a child and the incident’s long-reaching, traumatic effects on his life. The following month, writer Zinzi Clemmons confronted him during a panel at the Sydney Writer’s Festival, later writing on Twitter that he had forcibly kissed her years prior after she invited him to an event at Columbia University’s MFA program. “I was an unknown wide-eyed 26 yo, and he used it as an opportunity to corner and forcibly kiss me,” she wrote. In a statement to The New York Times, Clemmons said she felt a responsibility to come forward. Díaz also provided a statement to the Times, saying that he took “responsibility for my past” and that, “We must continue to teach all men about consent and boundaries.”

The allegations, and responses from the institutions that employ Díaz, set off months of fallout and contention within the literary community, as was covered by a Boston Globe article that found some of those allegations not holding up to scrutiny.

Soon after the initial reports, the Chronicle of Higher Education published an open letter from a group of Latina academics voicing concern that the conversation around Díaz reinforced racist stereotypes of Latinx men as sexual predators and warning against “creat[ing] a spectacle out of a single person.” In June, Boston Review editors Deborah Chasman and Joshua Cohen announced Díaz would remain the publication’s fiction editor, prompting poetry editors Timothy Donnelly, B.K. Fischer, and Stefania Heim to quit. Also that month, spokespeople for the Massachusetts Institute of the Technology said in a statement to WBUR that following an internal investigation, Díaz would continue to teach there. Five months later, the Pulitzer Prize Board announced that an independent investigation “did not find evidence warranting removal of Professor Díaz from the Board,” and he would remain in his position. 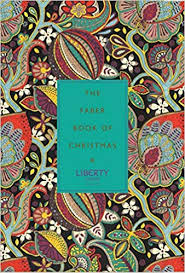 Garsington, 1916 Our Christmas party that year (1916) was gay and interesting. The house was made lovely with bright coloured...
© LitHub
Back to top