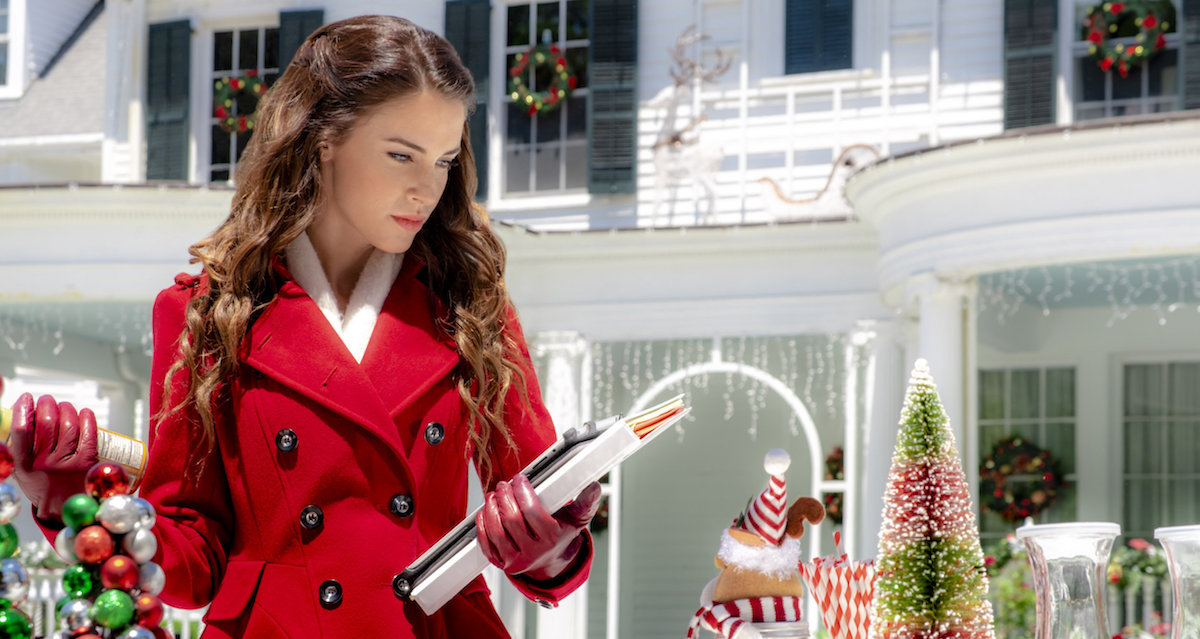 Stop Trying to Make Pride and Prejudice a Christmas Story

It's Not, No Matter What Hallmark Does

It’s true whether you acknowledge it or not: Pride and Prejudice (1813) isn’t a heartwarming Christmas novel. Sure, the word “Christmas” appears in its pages—six whole times—but the story is hardly fixated on yuletide cheer. The word “Michaelmas” is also in there twice, and alas, it is not a quaint British term for Festivus. Lest you get carried away by that number six, though, you should know that Austen’s Mansfield Park (1814) drops the word “Easter” twelve times. Still, no one suggests we should add bunnies and plastic eggs to its next TV movie version.

How did Pride and Prejudice get mixed up not just with chestnuts roasting in Georgian fireplaces but with elves and ugly sweaters? It’s tempting to be satisfied with the easy answer: “Commercialism.” We now have Christmas-related everything. We now have Austen-related everything. Tie a bow around both of them, and the cha-ching-ing of jingle bells seems inevitable. Austen is to Christmas as smoke is to fire, with or without the chestnuts.

Yet this profit-driven answer fails to be entirely satisfying. If it were, then surely we’d have “Walking in Alice’s Winter Wonderland,” “O Little Town of Middlemarch,” and “God Rest You Merry Little Women.” Not that there is any shortage of improbable Christmas-inspired literary things. Frankenstein Meets Santa (2015) ought to be proof enough of that. But the emergence this year of a set of black Existentialist Ornaments ($12.95) should seal the deal. One features Simone de Beauvoir’s face with the quote “Society cares for the individual only so far as he is profitable” on the reverse. Yes, Virginia, there is an irony.

Austen-style Christmas has become so much more than the occasional novelty ornament, greeting card, or sugar cookie. It includes books, plays, and movies galore. You don’t have to throw a pine cone very far to find a city that’s mounting a Pride and Prejudice Christmas play this holiday season. Miss Bennet: Christmas at Pemberley debuted in 2016 and has made the rounds of regional theatres like a re-gifted fruitcake. It features the killjoy, tone-deaf, almost-brainy Bennet sister, Mary, a character who is having a surprising cultural comeback. There is something about making Mary the holiday heroine, though, that seems a bit off. It’s as if someone decided to remake A Charlie Brown Christmas with a soft focus on Lucy Van Pelt.

Not too many years ago, an Austen Christmas would have seemed forced festive fare. Maria Hubert’s book Jane Austen’s Christmas (1996) apologized for its very existence, admitting that there were only “dismissive references” to the holiday in the novels. By the early 2010s, however, that sort of defensiveness had gone out the frosted window. The anthology A Darcy Christmas: A Holiday Tribute to Jane Austen (2010) invited us to “share in the magic of the season.” Then came Regina Jeffers’s Christmas at Pemberley (2011), Stephanie Barron’s mystery Jane and the Twelve Days of Christmas (2014), and Melissa de la Cruz’s gender-bending Pride, Prejudice and Mistletoe (2017). De la Cruz brought innovation at last. Her heroine was Ms. Darcy Fitzwilliam, the holiday-harrumphing, hard-nosed successful New York businesswoman. She clashes with downhome Luke Bennet of her hometown, Pemberley, Ohio. In the end, kisses in a tiki bar ensue, along with Darcy’s wish that sometimes she could live normally, as if she herself were one of the 99 percent.

Where did it all begin? As in everything Austen related, you can’t go too far wrong if you blame Colin Firth.

But it’s not all weary wealthiness and crass commercialism for Austen Christmas. The charitable spirit is in evidence, too. The recently published Yuletide: A Jane Austen Collection of Stories (2018) is donating its profits to Chawton House, the great house and library of women’s writing, just up the road from the Jane Austen House Museum. And The Wickhams: Christmas at Pemberley (2018) is a new below-stairs play being performed in Minneapolis, focusing on a housekeeper. It’s Austen in the grand tradition of Jo Baker’s novel Longbourn (2013) and ITV/PBS’s Downton Abbey (2011-15), the final episode of which was—ta da!—a Christmas special.

Where did it all begin? As in everything Austen related, you can’t go too far wrong if you blame Colin Firth. In his iconic role as Mr. Darcy in 1995’s BBC Pride and Prejudice, there was little Christmas in sight. But when Firth took the role of the ugly-Christmas-sweater-wearing Mark Darcy in the Austen-inspired film, Bridget Jones’s Diary (2001), he more or less opened the festive floodgates. The enormous reindeer antlers on his turtleneck couldn’t wash away the wet-white-shirted original, but it provided a splash of red and green.

Is Mr. Darcy really Christmas material? Hardly. But he does tick off some of the “grouch gets converted to Christmas” boxes of our best beloved holiday tales. If you mashed-up Pride and Prejudice with Charles Dickens’s A Christmas Carol (1843), you’d get hot, grouchy Ebenezer Darcy. By the end of the story, he’d be shedding tears of regret over his earlier behavior, dancing with Mrs. Bennet, and buying a bonnet for Lydia. God bless him, everyone!

In fact, the most compelling explanation of all is that we’ve given Austen the Dickens. We conflate her stories with the Christmases of the Victorian period, despite the fact that she died two decades before Victoria became Queen in 1837. In jollying up Austen—and especially Pride and Prejudice—into Dickensian Victoriana, we’ve grafted later traditions onto her novel in ways that make very little sense.

In the early 19th century of Austen’s lifetime, Christmas wasn’t a celebration centered on extravagant gifts for well-behaved children. It was an adult holiday with food, dancing, revelry, and a combination of secular and religious rituals. Christmas celebrations took place over the course of many weeks, from early December to mid-January. Children of the rich were shuffled off to governesses, not made the center of attention. The children of the poor may have gotten better dinners, if their mothers were successful in collecting coins or wheat at the houses of the wealthy; they might also get hand-me-down clothes. But really, children didn’t even rise to the level of an afterthought in Regency Christmas. They were beside the point.

In that sense alone, the Hallmark Channel’s two—yes, two—new Austen-inspired Christmas movies get something right. Unfortunately, it may be the only thing that Christmas at Pemberley Manor and Pride, Prejudice and Mistletoe (which barely resembles the novel of the same name) get right. In Christmas at Pemberley Manor, the children of Lambton, Connecticut wander around as mere props for Santa Christopher and his impromptu elf, Travis. The kids also feature as robotic automatons for Mr. Darcy to read ‘Twas the Night Before Christmas aloud to.

Is Mr. Darcy really Christmas material? Hardly. But he does tick off some of the “grouch gets converted to Christmas” boxes of our best beloved holiday tales.

That’s bad enough. Pride, Prejudice and Mistletoe sinks further into the mire. It takes on the issue of child labor but on the wrong side of history. The movie’s Christmas charity auction in Pemberley, Ohio, seems like it’s going to break down when the party servers fail to show up. The workers threaten to ruin the whole day for rich people raising money for poor people! But Darcy Fitzwilliam steps in with a brilliant idea: use the needy children in the choir as volunteer servers. If Darcy were living out one of Scrooge’s lives here, then Tiny Tim would die in this version.

For my money, Hallmark’s Austen movies offer some of the best-worst holiday hate-watching now on television. Critics run down the genre as a whole for entirely legitimate reasons. These movies are too white, too straight, too upper middle-class, and for heaven’s sake, even the snow is fake. There isn’t a whiff of Austenian social criticism to be found, and humor is in very short supply indeed. Fortunately, though, you don’t have to watch too hard, because the costuming foreshadows the rest of the plot. Anyone not wearing red or green is being marked out as a monster.

You’d think you could at least count on a Hallmark Austen Christmas movie to be about love, but you’d be wrong. Christmas at Pemberley Manor is here to school you. In the “On Location” preview for the movie, actor Jessica Lowndes, who plays Elizabeth Bennet, explains that William Darcy’s character “falls in love with Christmas again and falls in love with Elizabeth as well.” So much for romance getting top billing!

Hallmark’s Austen movies offer some of the best-worst holiday hate-watching now on television.

But my favorite part of these movies is the ways they telegraph to us that their Austen-inspired contemporary men are A-okay. These guys are so good that they carry shopping bags, and they know their way around a kitchen. There is nothing sexier than a hero who knows his way around a kitchen, amiright? The dialogue crackles, as Darcy demands in Christmas at Pemberley, “Educate me about Elizabeth Bennet,” and she replies, “Oh, I will. I’m going to tell you all about her while we are shopping for more supplies.” Also priceless is Darcy’s reassuring Elizabeth that “Pemberley has a kitchen!”

But these men are not just okay. They’re perfect. The words perfect, satisfied, and clarity are repeated so often that you’d think they were trying to brainwash you or that this is some kind of a secret drinking game. The best line, however, goes to Pride, Prejudice, and Mistletoe. In a heart-rending scene, Darcy Fitzwilliam wistfully declares to William Bennet, “You know what they say: ‘Pie clears the mind.’” At least there the script hews closer to the original novel. There is one use of the word “pies” in Pride and Prejudice. It’s by the marriage-hungry, matchmaking vulgar mother, Mrs. Bennet. That clears the mind as well.

Devoney Looser is the author and editor of seven books on literature by women and a 2018 Guggenheim Fellow and NEH Public Scholar. Her most recent book, The Making of Jane Austen (2017), was named a Publishers Weekly Best Summer Book and received the Inside Higher Ed Reader’s Choice Award. She teaches English at Arizona State University.
http://www.devoney.com 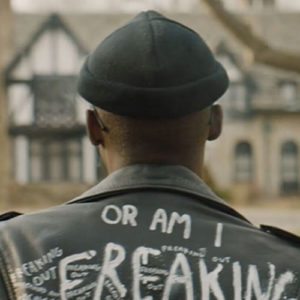 We already know that most of the best movies and television shows are based on books—especially these days, when it seems...
© LitHub
Back to top