Making Dad Jokes is, in Fact, a Neurological Condition

As the holidays approach, families are bracing for the inevitable onslaught of dad jokes. (“What do you call a fake noodle? An impasta.”)

But this year, as you roll your eyes upon hearing for the umpteenth time why the skeleton didn’t go to the Christmas party (it had no body to go with), consider that the dad jokester in your life might well be suffering from a neurological condition that could yield valuable insights into the associative, improvisational intelligence necessary for creativity—and those awful groaners may be examples of true wit.

Witzelsucht, a term derived from the German words for “wit” (Witz) and “addiction” (suchen), is characterized by the compulsion to make bad jokes, terrible puns and socially inappropriate wisecracks. In neuropsychiatric disease and brain trauma, the ability to create and detect puns, jokes, and other witticisms is often impaired. In some cases, however, an abnormal increase in punning and joking is observed, with some patients developing Witzelsucht.

The condition has been identified as resulting from brain tumors, strokes, infections, and other lesions involving the frontal lobe, particularly the right orbitofrontal region, which previous research has indicated plays an important role in humor appreciation. People with Witzelsucht compulsively pun, make borderline offensive remarks, and become excessively familiar with strangers.

Puns have long been considered the lowest form of wit. And that’s true, to the extent that puns are, in fact, the foundation for all higher forms of wit.

The condition is perhaps better known today as “Archie Bunker syndrome,” after the lead character in the sitcom All in the Family, broadcast on American television from 1971 to 1979. In one episode, Archie (Carroll O’Connor) refers to the end of his wife Edith’s (Jean Stapleton) menstrual cycle as the “mentalpause.” In another, Archie tries to prove he has not had an extramarital affair by averring that sexual relations had not been “constipated.”

Witzelsucht and Archie Bunker syndrome may be related to a disruption in the interaction between the default and executive networks in the brain. The “default network” is at work when an individual is awake and alert yet not engaged in tasks that demand focused attention. It is thought to be active during states like daydreaming and mind-wandering, when attention is diffuse and the brain gleans information from a broad array of internal and external sources.

During the performance of tasks that demand focused attention, the activity of the default network is tamped down, and the brain’s “executive network” asserts control. The executive network is thought to be active in selecting and monitoring goal-directed behaviors, such as reasoning, planning, and problem-solving.

In patients with Witzelsucht, neurological damage may disable the executive network. Freed from the brain’s normal system of inhibitory control, the default network may be at liberty to indulge in the kind of freewheeling associations and general japery the executive network might otherwise constrain.

Hence the preponderance of puns.

Puns have long been considered the lowest form of wit. And that’s true, to the extent that puns are, in fact, the foundation for all higher forms of wit.

In the 1970s, psychiatrist Albert Rothenberg coined the term “Janusian thinking” to describe the early, inspirational stage of the creative process, during which, he argued, an individual simultaneously holds antithetical ideas in mind. In Roman mythology, Janus was the god of beginnings and endings, of doorways, portals and passages. He was depicted as two-faced, with the faces each looking in opposite directions to symbolize his multiple perspectives. Rather than try to reconcile contradictory ideas, Rothenberg theorized that Janusians discard previously accepted scientific, theoretical, and artistic conventions and use the friction created by opposing ideas to generate new hypotheses.

Puns do exactly that.

When 18th-century French wit Georges de Bièvre encountered Louis XVI in the gardens at Versailles, the King demanded: “You, who make puns on everybody, make one on me.”

“Your Majesty is not a subject,” de Bièvre replied.

That’s Janusian thinking at work, a kind of healthy Witzelzucht.

For Rothenberg, Danish physicist Niels Bohr was a model of Janusian thinking. Bohr was the first to articulate the principle of complementarity, a fundamental tenet of quantum mechanics, which states that subatomic particles like photons exist simultaneously both as waves and particles. It is impossible to observe or measure the wave and particle states at the same time, because whether a photon behaves like a wave or a particle depends on the experimental conditions—and, crucially, on the disposition of the observer.

Witzelsucht, a term derived from the German words for “wit” (Witz) and “addiction” (suchen), is characterized by the compulsion to make bad jokes, terrible puns and socially inappropriate wisecracks.

Before Bohr, classical theory held that the behavior of physical bodies and forces could be precisely known. The principle of complementarity showed that at the subatomic level those rules did not apply. Sometimes particles had one set of behaviors and characteristics, sometimes another, depending on the circumstances.

There was “no question of a choice between two different concepts,” according to Bohr, “but rather the description of two complementary sides of the same phenomenon.” He believed the ability to simultaneously view a situation through multiple frames of reference is the source of creative breakthroughs—in the sciences, the arts, and the humanities.

The complementarity principle suggests that each electron is a Janus, always having two opposing faces, but turning only one of them toward us at any given moment. At the subatomic level, the universe is made up of quantum puns—particles with the ability to hold themselves in two different states at the same time.

Creativity moves seamlessly from the “ha-ha” of the pun to the “aha!” of scientific discovery to the “ah…” of aesthetic insight. So the next time you’re tempted to groan at a dad joke, remember that awful pun is a profound though pedestrian example of creative wit at work. 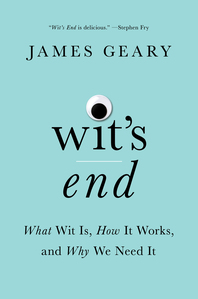 James Geary, the deputy curator at Harvard University’s Nieman Foundation for Journalism, is the author most recently of Wit's End: What Wit Is, How It Works, and Why We Need It.
https://bookshop.org/books/wit-s-end-what-wit-is-how-it-works-and-why-we-need-it/9780393357592

How to Grieve For Your Friend and Mentor 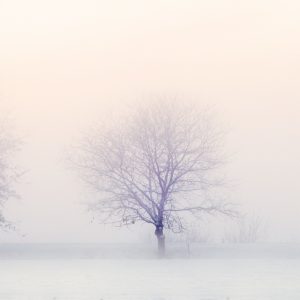