How to Grieve For Your Friend and Mentor

On October 31st of this year, Louise DeSalvo—gifted memoirist and biographer, my mentor and beloved friend—passed away in the night. She’d emailed me three days before to let me know she’d reached a hard place with her radiation treatment and gave me her husband’s cell phone number in case I needed to get in touch. I put pictures of my son and daughter in an envelope to send her, but couldn’t find a stamp. I left the letter on my dining room table.

She was gone before I got the chance to mail it.

In the days that followed, the world around me began to mourn the loss of a literary legend. But the wound aching inside me was far more intimate.

How can I tell you all that she was to me? Nine years ago, I became her student, then her research assistant two years after that. We’ve been like family to each other ever since. Still, those labels don’t tell the truth. Everything I have in my writing life now—my community, my rituals, my very work itself—I have because of her.

My grief: a waterfall. It spilled out of me that day she died, a formless gush. Don’t you know? I wanted to call out to my neighbors raking leaves, the cashier at the grocery store, the children trick-or-treating on my street. Don’t you know I lost my friend?

A week after Louise’s death, I started reading Alexander Chee’s essay collection, How to Write an Autobiographical Novel. I read most of it in bed while my children slept, on afternoons when mourning felt the loneliest. I didn’t want to speak to anyone. I didn’t want to speak at all. With the lamp off and the curtains drawn, I used the light of my phone to illumine Chee’s work, one sentence at a time. My reading: a measured rhythm to temper grief’s cascade. I wanted to push it away. Those afternoons were the only respite from longing for Louise’s voice, because my mind and heart were riveted by Chee’s instead.

Writing an essay is its own exercise in grieving. It never ends up as you hoped it would.

In “The Guardians,” he wrestles with the shapeshifting weight of his own painful loss, a hidden memory that provided a current for his first novel Edinburgh. There is a faux prize we grant ourselves, he says, in stowing that kind of pain away.

“I had endured, I told myself. I was so strong. But this is not strength. It is only endurance. A kind of emotional or therapeutic anorexia. I was not strong. Or if I was, it was the adrenaline of the wounded.”

I shut the book that day, turned off the light of my phone, and lay there in the dark. I needed to let the torrent of grief knock me off my feet for a while.

Ten days passed, then twelve, then twenty. The stillness of her death turned my memory restless. Recollections of moments spent with Louise bucked and swayed in my mind, and I clung to Chee’s book as an anchor. In his essay, “The Writing Life,” Chee remembers his own literary mentor, Annie Dillard, as a woman who wore pearls and smoked his cigarettes and told him “sometimes you write amazing sentences… and sometimes it’s amazing you can write a sentence.” She also told him once that thinking about his work had kept her up all night.

Those words were enough to make Chee believe he might build a life as a writer.

Of course, they reminded me of Louise.

The best mentors, it would seem, give love and honesty in equal measure. Louise once told me my writing process was miasmic, and that it would scare off any writing teacher less intrepid than she. And she was not wrong. All the things about myself I’d tried to hide, Louise asked me to celebrate on the page.

The longer you can hang out with your own ambiguity, she said, the more groundbreaking your work will become. What I’d always seen as my pathology—a kind of neurosis that doubles back and runs in circles and can’t sit still—she saw as my brilliance. Amyland, she called my mind. It’s so nice to be back in Amyland again, she’d write when she read my work.

Chee writes about Dillard with awe and delight, his most vivid memory of the lipstick she wore as she walked toward him on the first day of class. I see so much of Louise in the heartbeat of that image. In my sharpest memory of her, she’s standing on the grand porch of her house in northern New Jersey, one of the scarves she knitted around her neck. I park my car across the road because Louise is planning to take me to lunch, as she often does. The first sound I hear when I open the driver’s side door: Louise singing out my name into the cool air.

She’d been there, at her window, waiting for me to arrive.

I first met Louise in 2009, after she’d selected me as a graduate student in her memoir program. I don’t know what she saw in me. I was working on a lifeless narrative at the time, one that had little truth in it because I’d put myself at little risk. In one of our earliest meetings—from the linen chaise in the living room of her house and in front of all my peers—Louise told me that project I was working on was a fart in a windstorm.

“That’s not your story,” she said.

“I have 75 pages that suggest otherwise,” I answered.

“No one gives a shit who you are,” Louise countered. “Tell us where you’re from.”

Somehow, Louise could sense what I had yet to write. I did have a story to tell—but it was full of things I felt I could not say about what my old piano teacher had done to a generation of young women in my small hometown.

“You don’t understand,” I said. “Nothing ever happens where I’m from.”

Louise suggested that I was blocked. If I didn’t write through the block, she said, I’d always be writing around it. She was right. It took years to capture the emotional reality of the memories I’d spent a lifetime running from. Louise worked closely with me for a time, and then she let me go. When you go into your writing space, go into it alone, she wrote. The truth you find there will be hard-earned, and only you will know when you’ve found it.

Slowly, telling the truth—to myself, first and foremost—became a way for me to see through the dark. And that is the story, in part, of how I wrote my first book.

Louise would have loved Chee’s collection. (I find myself saying that sort of thing now. Would have.) Each of Chee’s essays, full of mournful hope, grieves something in particular—a lover, a memory (or lack of one), a novel (or lack of one). To grieve well, Chee proves, is to live well—which, in turn, is to write well, too.

The book culminates in some final advice for his readers:

Only after Louise passed away, with the pain of losing her too bright to look at for any length of time, could I see that writing a memoir was how I learned to speak to my dead.

Only after Louise passed away, with the pain of losing her too bright to look at for any length of time, could I see that writing a memoir was how I learned to speak to my dead. I called that memory of my old piano teacher out, examined it, and told it what I wanted it to know.

I finished Chee’s book and began another, only to find the main character in The Friend by Sigrid Nunez sets out, quite literally, to do what Chee prescribed. After Nunez’s unnamed narrator loses her best friend and writing mentor to suicide, she writes a story—not for him, but to him. Both Chee and Nunez approach the act of mourning as a meditation, turning grief itself into an essential muse.

There I was in Nunez’s narrator:

“Would have, would have,” she ruminates on her friend who died. “The dead dwell in the conditional, tense of the unreal.”

What drew me to the novel, which reads in autobiographical fragments, was the chance to witness a writer work while she grieves—to let the task of mourning appear on the page. Louise always loved the process of writing more than the finished product. It’s in the search itself, she said, that we find our purpose.

Louise approached the act of writing as a way to ask herself—and her students—the right kind of questions, even though she already seemed to have the answers. Nunez puts it this way:

Louise seemed omniscient in life, and I can’t imagine her as any less so in her death. What she said to me in the past continues to imprint the present—almost as if she’s trying to send me a message to continue the work she left behind. And yet I know this is something Louise would never tell me. Don’t worry about my work, she’d say. Worry about your own.

And so I do. Then, through its own broken windows and trapdoors, this essay comes to be.

Writing an essay is its own exercise in grieving. It never ends up as you hoped it would. Draft after draft, I can’t seem to grant Louise’s legacy the significance it warrants. The word “essay” means “to try,” which is a thing memoirists like to say to each other as if it, in itself, holds profound meaning. But I find its consequence in context, in the working out of things that can’t be undone. This—the working out of things that can’t be undone—is the most useful definition of grief I can figure now, as I write.

And so I consider using “essay” as a verb:

I am essaying to grieve.

I am essaying to clean house.

I am essaying to remember. To not forget.

What good is an essay, I wonder, if all it does is try?

But even this question, which I’m asking after Louise’s death, she answered while she lived. To write, she taught me, is to give shape to the shapeless. You get to decide, she told her students, how much of the writing process you want to reveal. The journey of writing—of mourning—has no final destination. So, she’d say. Let your reader watch you try.

The journey of writing—of mourning—has no final destination. So, she’d say. Let your reader watch you try.

Let your reader witness your grief.

Really, all this writing means I’m missing her. It means this loss will always feel unfinished, but it will help me finish other things. Louise taught me that. In one of her craft lectures on shaping our work, she told her students this:

Whatever you think is the last line probably isn’t.

I never thought of that advice as hopeful until now.

That last letter I wrote Louise still sits on my dining room table. I can’t get myself to throw it away. It has, for now, become a talisman.

Hi Louise, the note reads. I thought you might get a kick out of these pictures. I think of you every day, and I love you so much. More soon.

Making Dad Jokes is, in Fact, a Neurological Condition 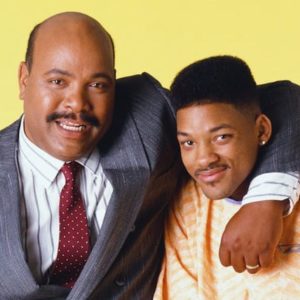 Making Dad Jokes is, in Fact, a Neurological Condition As the holidays approach, families are bracing for the inevitable onslaught of dad jokes. (“What do you call a fake noodle?...
© LitHub
Back to top