In which Ruth Ozeki breaks our hearts and bowls us over • Yiyun Li takes ten writing lessons from War and Peace • An illustrated collection of very honest book covers • Dan O’Brien on the mistake no dialogue writer should ever make • On Robert Indiana’s LOVE-hate relationship with the sculpture that made him a star • When Tennessee Williams reached out to an embattled Truman Capote • Lincoln Michel in praise of genre labels • How Michael Sayman became known as “the Boy Genius of Apple” • Seeking ourselves in the Divine Comedy • Meet Berthe Weill, the groundbreaking art dealer who made a name for Picasso • When Vincent Van Gogh “landed in Paris like a meteor” • How emotions like grief physically change the heart • Laura Davis on being an old(ish) mother • Eileen Myles follows Joan Mitchell’s path through New York City • Farah Jasmine Griffin considers Black love and her parents’ enduring marriage • How did we end up with the lazy stoner stereotype? • On Bessie Smith’s bewitching blues and nuanced legacy • Telling family stories is one thing, but “how does one begin to tell silence?” • When Buckingham Palace stopped hosting debutante parties (and panic ensued) • Do fictional critiques of the wealthy ever really work? • Why it matters that the literary world lacks critical distance around Philip Roth • Leigh Cowart on the centuries-long success of sadomasochistic books • Behind the scenes of the Grey’s Anatomy writers’ room • Tales from a decade of bookstore events • How the iconic late-night TV character Elvira came to be 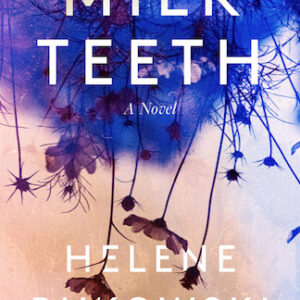 I walked through the forest. The pines stood in the last of the light. Time and time again I paused, tilted my head back,...
© LitHub
Back to top