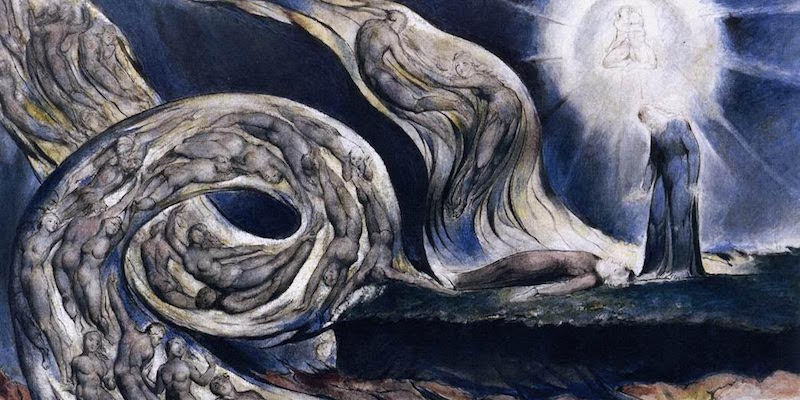 Randy Boyagoda Considers the Many Longings of Dante’s Journey

The Ravenna Festival recently organized a concert to mark the 700th anniversary of Dante Alighieri’s death in September 1321. The concert began at his birthplace, Florence, and proceeded as a four-day hike along a route inspired by his life and work, ending at his tomb, in Ravenna itself. The idea of a hike in Dante’s honor is brilliant, transporting and, as far as I’m concerned, an outrageous personal affront.

Five years ago, vacuuming potato chips out of the family car on a Saturday morning while listening to a BBC radio adaptation of the Divine Comedy, I noticed that Dante was breathing hard as he made his way down through the nine circles of hell. I’d read the poem many times before, but his panting and struggling for breath made sudden, striking sense upon hearing it: for all the metaphysical, philosophical, political and literary moves and marvels at work in this decisively shaping work of world literature and culture, it is profoundly physical from its famous start: “Midway in the journey of our life / I came to myself in a dark wood, / for the straight way was lost.”

To find his way, the poem’s autobiographical protagonist has to climb down a sinner- and demon-crowded inverted mountain, amid jagged rocks, broken paths, raging fires and noxious air. After eventually clambering along Satan’s frozen haunches at the pit of hell, Dante ascends to the calm terraces of Mount Purgatory, which are full of grateful forgiven sinners, before he reaches bright and starry paradise. Here, Dante passes from sphere to harmonious sphere featuring the joyfully saved, all of them seeing and being seen by God. He’s not alone in any of this, of course; the Roman poet Virgil, his literary exemplar and guide, is sent to help him by heaven-dwelling Beatrice, Dante’s subject and object of devotion from a young age.

She succeeds Virgil partway through Purgatory (helpful pagans can only get so far in the afterlife) and leads Dante to Paradise. Even without a mask, this would be a hard go for anyone, never mind for a middle-aged poet at his lowest point—despairing and exiled from his beloved Florence in 1302, after ending up on the wrong side of its incessant, often lethal political feuding—and now terrified, consoled, and stirred by who and what he’s seeing and meeting on an otherworldly journey.

Of course he was breathing hard!

Many hundreds of scholars, readers and writers, including one of Dante’s own sons, have written companions and commentaries for the poem dating almost immediately from its completion, shortly before Dante’s death in September 1321. Nevertheless, I was certain that I had come up a completely new angle while listening to that radio dramatization: I’d write a hiker’s guide to Dante.

Dante’s epic shows us that what matters most is what happens next.

But, I confess, I’m a hustling novelist playing at an academic researcher. After working for a while with some excellent undergraduates on a geospatial mapping of Inferno, I gave up on the hiker’s guide to write a novel instead—about an Evangelical millionaire building a Dante theme park in an opioid-ravaged small town whose lone remaining factory tries to stay open by packaging generic pharmaceuticals for local distribution.

Nevertheless, five years later, I was full of wrath and envy when I learned about the Ravenna Festival’s Dante hike. As far as I’m concerned, they stole this from me, and because of my Canadian pandemic confinement, I wasn’t even able to go there and plead my case in person… or pitch the idea for the 750th anniversary.

I should know better than to complain like this. After all, Dante’s poem shows us what happens to people who become trapped in their own selfish thinking and doing: they are doomed, for all eternity, in brutally fit ways, like the wrongful lovers Dante meets early in his journey, Paolo and Francesca, who spin around each other in a whirlwind without ever touching, having been killed by Francesca’s husband, Paolo’s brother, after he discovery them touching too much; or Bertran de Born, who sowed division between England’s King Henry III and his son and so walks around hell separated from his own head, which he carries like a lantern. This punishment is one that many artists, including most famously Gustav Dore, have visualized, as part of their own longstanding tradition of responding to the poem, as have other poets, novelists, memoirists, filmmakers, and video game designers, too.

Beyond my own researching a hiker’s guide and eventually writing a Dante-American novel, I’ve explored Florence with my wife; I’ve taught selections from the poem to freshmen every September; I’ve studied centuries-old illuminations of the poem in the rare-books libraries of various universities; I’ve brought it with me on visits to creationism-related theme parks in Kentucky and Rust Belt towns in Indiana. Above all else, I’ve read a canto a day, every day, for five years and counting. In other words, I’ve joined generations of other writers and readers across centuries and continents and languages in making Dante part of my life. In so doing, I’ve come to appreciate that the Divine Comedy is and isn’t supposed to be funny; it does offer humor, yes—a militaristic devil dispatches his troops elsewhere in Inferno with a reverie blown out of his ass; Dante meets a famously lazy buddy in Purgatory who’s now too lazy to ascend the mountain to Paradise—but more than that, it offers both darker and lighter inspiration in its pages.

It’s easy and mutually excusing, for us and for Dante, to focus only on how he matters to us on our terms. These days, that can too readily mean either congratulating him, if you’re a simpatico believer or angling artist or proud Great Books reader, or cancelling him, for being very far from woke, as with, for instance, his representation of the Prophet Muhammad being eternally hacked apart, from chin to anus, late in Inferno, never mind Dante’s detailed evocations of burning, punished “Sodomites” elsewhere in hell and, worst still by 2021, the burning, repentant “Sodomites” of Purgatorio.

To move beyond treating the poem like an ideologically-charged literary-political litmus test, we have to stop doing what we most naturally do in reading the poem, which is to identify primarily with Dante himself. This is hard: who doesn’t at some point find themselves feeling lost and seeking meaning in life? We all experience that, yes, but in fact, we are not just sometime Dante’s; we are also possible Virgils, and hoped-for Beatrices: We are always-already seekers, but can also be guides, and likewise carers, for those in need. And beyond that, we can identify with at least one, if not several, of the hundreds of sinners and saints in the Divine Comedy: we all make bad choices in this life that harm others and ourselves.

The idea of a hike in Dante’s honor is brilliant, transporting and, as far as I’m concerned, an outrageous personal affront.

Dante’s epic shows us that what matters most is what happens next: we can refuse to make amends (Inferno); we can seek to make amends (Purgatorio); we can be amended (Paradiso). Understanding ourselves through the fullness of Dante’s work can be both humbling and enlarging, a source of relief and a spur to action: even in our darkest moments, we are not alone, and we should do all that we can to make sure the others in our lives know and feel the same.

That said, by far the most difficult reckoning we can have with the Divine Comedy happens in its final section. Inferno offers endless situations that, alas, too easily make sense by looking around us; Purgatorio is technically the most exclusively Catholic part of the poem, but almost anyone can understand wanting to put in time and effort to get to a better place, and welcoming help along the way. Whereas we’re as confused as Dante when he meets Piccarda, the first soul he finds in Paradiso. She’s happy to be where she is, forever—even if it’s the lowest sphere in Heaven. This is where God has placed her and, she explains, “‘the power of love subdues our will | so that we long for only what we have and thirst for nothing else.’”

Believer, agnostic, or atheist; Dante lover or Dante hater or Dante ignorant: can you imagine being delighted with who and where you already are, and what you already have gained and been given, with no prospect of anything else? Hell no: we are all in the middle of the journey of our lives. But in its fullness, after seven hundred years, can the Divine Comedy inspire and even challenge us to hope that this journey, and its many longings, may end so believably well? Heavens yes. 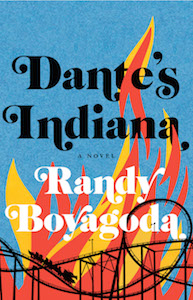 Randy Boyagoda’s new novel is Original Prin. He is a professor of English at the University of Toronto, where he is also Principal of St. Michael’s College. 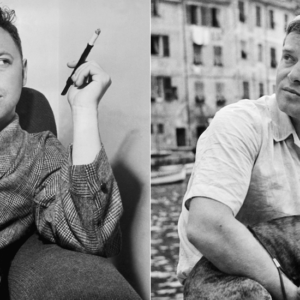 It was a late-life détente between the playwright and his younger novelist friend, and it took a lot of pride swallowing...
© LitHub
Back to top
Loading Comments...