All Our Possible Lives: On Sylvia Plath, Matt Haig, and the Female Suicide Narrative

Matt Haig’s latest novel, The Midnight Library, has spent 40 weeks on the New York Times bestseller list since its publication in September 2020. The novel focuses on Nora Seed, a young woman living in her hometown of Bedford, England, who thinks she has nothing to live for. She decides to die by suicide but ends up in the Midnight Library, a space “between life and death” that is filled with endless books containing infinite, alternate lives. Nora is met by her former librarian, Mrs. Elm, who acts as her Virgil-esque guide as she explores dozens of these lives, all while gaining a new perspective on her original “root life.”

Haig doesn’t hide the fact that his Midnight Library evokes Sylvia Plath’s fig tree metaphor in The Bell Jar. In Plath’s novel, Esther Greenwood imagines herself at the base of a fig tree, on which each fig represents a potential life she could lead. Esther can’t choose a fig and instead watches each of them rot and fall to the ground. Esther eventually deems her life not worth living. At one point, Nora directly references this passage from The Bell Jar. Haig’s protagonist has more in common with Plath’s than is explicitly acknowledged, though. They both try to overdose on pills; they’re haunted by a recently ended engagement; their deceased fathers are still present in their lives, and family relationships are strained. Both women enter an in-between space after trying to die, but this is where their paths diverge. For Greenwood, that place is a mental hospital, and for Seed, it’s the Midnight Library.

Sylvia Plath and Matt Haig have much in common, but the differences between their receptions and textual interpretations are remarkable. Plath’s novel is famously (and controversially) autobiographical. Haig has been open about his struggles with depression and suicidality; he’s acknowledged that Nora’s struggle reflects many aspects of his own. On Instagram Haig often shares words of encouragement and anecdotes about his experiences with his 723,000 followers. Readers and critics can’t get enough of Haig, it seems, but they can certainly get enough of Plath. Novelty is a powerful force, especially in the eternally changing landscape of social media, but Plath is arguably more relevant than ever.

In recent years, her complete letters have been published, new archival material has been unearthed, and just last month, her possessions netted more than $1 million at auction. Over ten Plath biographies have been published, and more are on the way. But in response to the publication of Heather Clark’s Red Comet: The Short Life and Blazing Art of Sylvia Plath, a colossal, Pulitzer Prize-nominated biography, many reviewers seemed to express “relief,” as Carl Rollyson writes, at finally having the “definitive” Plath biography. Hamilton Cain, writing for Oprah Daily, concluded his review: “We now have the complete story.” Others expressed exasperation at having yet another book about Plath.

To what can we attribute on one hand such similarities, and on the other, such stark differences? Why is Haig’s admittedly autobiographical protagonist a woman? These questions are linked. Women’s fiction is, historically, read through their lives, and their lives read through their fiction. Plath and her protagonist are discussed interchangeably, and The Midnight Library includes quotations from both Plath’s novel and her journals without differentiating between them. In an interview with Leslie Lindsay, Haig explained that he needed more distance between himself and his character in order to “get a handle” on it. Does Haig want his novel to be about intense, personal experience, or does he want a more universal story about human suffering?

Haig, as a male author, has the luxury of ambiguity: he can do both. This is what allows him to speak broadly about mental health and his particular experiences without becoming his character, and without his character being reducible to his person. It’s precisely this ambiguity that prevents The Midnight Library from having anything truly penetrative to say about depression and suicide. For a story focused on such an emotionally charged topic, the book oddly lacks depth. The immediacy of Esther Greenwood’s experience, in contrast, makes readers feel as if they too are in the bell jar. Readers come to understand the logic of Esther’s decision to take her life about halfway through the book, a result of the slow pacing of the novel and Esther’s first-person narration of her breakdown and recovery. We’re told Nora has “decided to die” in the opening pages of The Midnight Library, and the intensity of her despair isn’t so much expressed as it’s stated in the third person. It’s difficult to grasp just how devastated and hopeless she must feel.

It’s precisely this ambiguity that prevents The Midnight Library from having anything truly penetrative to say about depression and suicide.

Women protagonists are “allowed” to be more emotional and vulnerable, so there’s an additional layer of protection for the male author, but one that comes at a detriment to the novel. The subjectivity of the main character is missing, making Nora little more than a caricature of a Freudian hysteric, a sad but still fuckable basket case. Misbelieving, misreading, misdiagnosing, and misusing women who live with mental illness is a practice as old as the discipline of psychology itself. Wouldn’t the more courageous thing—the more ethical thing—be to write a male protagonist honestly, however painful that may be for the author? While Plath continues to be a specter of mental illness, Haig has become a poster boy for mental health awareness.

Haig’s Instagram persona reinforces this public role. Posts contain platitudes such as “Aim to be yourself,” “accept what you cannot change,” and “master your anxiety.” Some are more directly related to suicidality, urging people to “Stay alive for the people you will become” (May 31, 2021). Another, from May 6, 2021, has 19,800 likes and 300 comments: “You have to be stubborn when you’re depressed. You have to be ‘no fuck you I am going to stay alive’. Every day is an act of rebellion. An invisible fight. And when it is over you’re the person who defied a monster. You feel more alive. You can feel like anything is possible.” What if depression has you in such a black hole, no future version of yourself seems appealing, if you can imagine one at all? What should a person in that situation do when confronted by Haig’s Instagram posts? Perhaps one could take hope in them. Perhaps one could feel that, no matter how hard they tried to get better, they were always failing. What if it’s never “over?”

Contemporary Western culture uses “mental health” as a shorthand for stress, anxiety, depression, or a certain fashionable ennui. Situational depression—what Nora is officially diagnosed with at the end of the novel—is separate from clinical, or major depression. In reading Haig’s novel, we ought to keep in mind that experiences of mental illnesses are not all the same. Prognoses vary widely from person to person, but for some, there is no definitive cure, and no amount of perspective is guaranteed to permanently erase the urge to commit self-harm. Plath’s protagonist tells us as much. In the final scene of The Bell Jar, Esther prepares for the interview which will determine if she’s ready to leave the mental hospital that she’s been living in for nearly six months. She describes herself as “retreaded” and ready to face the world again, but she’s not naive. She knows that the bell jar hasn’t been destroyed, only temporarily stored away.

In The Midnight Library, Haig frames overcoming depression and suicide as a matter of gaining the right knowledge or altering one’s perspective. Nora doesn’t die after taking pills; she goes to the Midnight Library. Upon the return to her “root life,” she’s briefly hospitalized and makes amends with her brother, who is very supportive. She decides to offer piano lessons, having been fired from her previous job before her overdose, and is quickly “inundated” with students. She befriends Mrs. Elm. Many of the reasons Nora decides to kill herself in the first place are resolved quickly, most of all her mental state. This could be a technical flaw of the novel, a choice towards a tidy ending. Or are we meant to believe that maybe Nora didn’t have any “good” reasons to end her life in the first place, and was simply failing to see her situation in the “right” way? Nora bounces back like a tulip under April snow. On the other hand, Esther’s recovery takes months, not days or weeks, and is best typified by her mother’s birthday gift: a bouquet of roses that Esther throws in the trash.

Perhaps what I find most troubling about Haig’s novel is the suggestion that “somewhere between life and death” there is the possibility of second chances—or that there is a “somewhere” at all. The space of the Midnight Library offers Nora an opportunity to reevaluate her decision to die. Real life isn’t like this—something which seems obvious but which I feel the need to emphasize after reading the novel. There is no intentionally intending to end one’s life in order to obtain some cathartic, rebirth experience. There are no “bad” reasons to end one’s own life, but there are no “good enough” ones, either. Sometimes there doesn’t seem to be any at all.

If Plath biographies can teach us anything, it’s that many people have lived their lives in the shadow of her death, searching for what could have been done differently. If people are sick of talking about Plath, maybe it’s because she doesn’t give us the ending we want. Esther survives her suicide attempt, but Plath, of course, did not. On July 26, 2021, Matt Haig posted on Instagram that it had been 22 years since he tried to end his own life, making him 46. Sylvia Plath would have been 89 this October. I wish Haig well, and I’m glad that Nora survives, too. He’s right to warn us not to spend our lives crippled by regret, but there has to be a better way to figure that out than almost dying. Nora got lucky, but I wouldn’t bet my life on being that lucky, too, and I suspect Plath wouldn’t either.

Savannah Marciezyk is a doctoral student in English at Duke University. Her research focuses primarily on women's literature, authorship, and the intersection of philosophy, art, and literature. 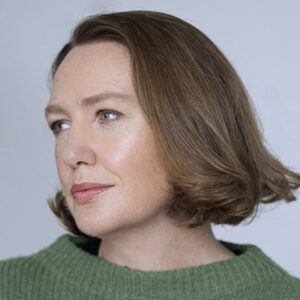 In this week’s episode, Kendra talks with Paula Hawkins about her book, A Slow Fire Burning, which is out now from Riverhead...
© LitHub
Back to top